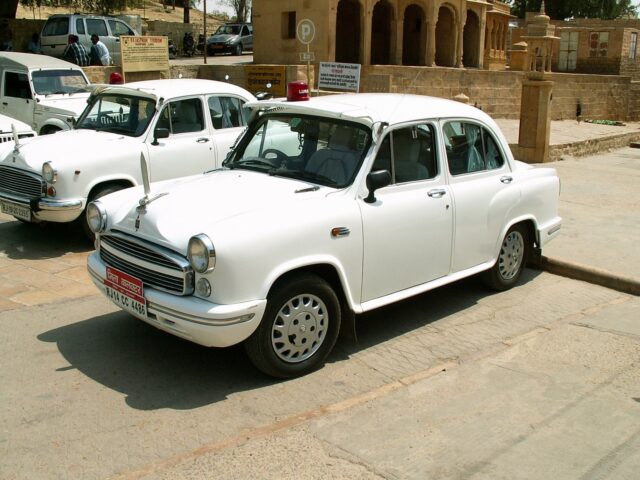 The iconic Ambassador car from Hindustan Motors has been sold out to French car-maker Peugeot. The car which was symbolic of the power of the high and the mighty including the ruling elite of the nation will no more belong to the country, and its ownership will be handed over to the French car maker for a sum of Rs 80 crores.

The car which was first launched in 1953 was a symbol of Make in India long before the call was given by the present PM Narendra Modi. The almost battleship like sturdy structure, ample space, and simple design supported by service and support made it the ideal choice of the bigWigs of the country including government officials and Ministers alike.

Peugeot had been in talks to acquire the icon for some time now and would like to re-launch it as a state of the art car for the mid-market segment. The last model which was released by Hindustan Motors was the BS IV Ambassador Encore in 2013. The model was priced at Rs 4.98 lakhs.

There are some cars in the 6 to 9 lakh bracket but the mid-market segment has been largely unrepresented, and Peugeot would like to take advantage of this and fill this lacuna. It has not only acquired Ambassador but all its variants also. It seeks to re-launch the brand with multiple variants to cater to all tastes and segments. The iconic car could be manufactured at HM’s Chennai plant which is now producing Mitsubishi cars and Isuzu commercial vehicles.

It has been reliably learned that PSA has also partnered AVTEC which was the part of HM in the past to manufacture power trains. For this, an initial outlay of Rs 700 crores has been set aside. Peugeot with Ambassador will; help to get it a foothold in the Indian market, and it will make use of extensive marketing and servicing network of HM.

Ambassador was introduced by HM seven decades ago and quickly dominated the dusty roads of the Indian cities and its hinterland. It dominated the market till 1980’s with a little competition from the likes of Premier Padmini, itself a derivative of Fiat of the sixties. However with the advent of Maruti followed by a slew of new cars in the 90’s when the Indian market was finally opened for Globalization, found it losing much of its clout and finally production was stopped in 2013.