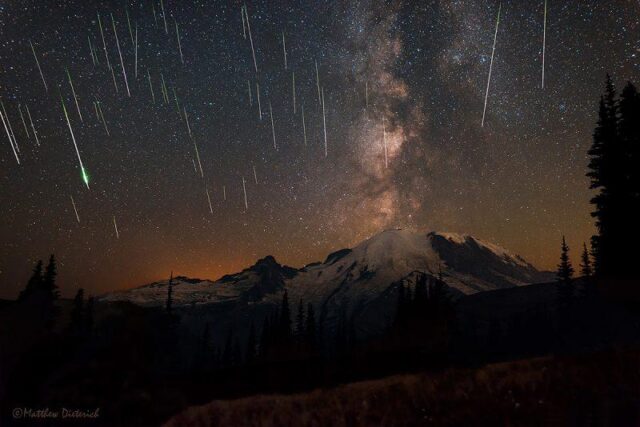 The most appealing summertime meteor shower, called the Perseid will be coming to the evening skies this weekend, and if weather permits, people from every corner of the world will be able it see this magnificent visual. As confirmed by scientists at NASA as well as many other astronomical organizations, this weekend, people across the globe will be treated with a great visual delicacy from nature as the pieces of a comet will splash across the sky. As the annual Perseid meteor shower will reach its peak point, people around the world can witness the lighting show in the night skies on Saturday and Sunday (12th and 13th August).

While media report has already been claiming this year’s Perseid Meteor Shower to be the most vivid and brightest meteor shower in the human history, NASA has completely denied the rumor and confirmed that “no such things are going to take place.” Earlier, 150 meteors were expected to fall at higher-than-usual speeds per hour, but the US-based space agency has declined the possibility altogether.

the possibility of increased number of meteors will be invalid by the extreme brightness of the moon. The vividness of moon this weekend will wash out the lighting of the fainter Perseid and unlike expected, this year’s Perseid Meteor Shower will be a common one.

As said by NASA’s Meteor expert, the Perseids are commonly witnessed in the skies of Northern Hemisphere. But this year, the stargazers and sky-watchers in the Southern Hemisphere will also be treated with the splendid visual indulgence from nature. Though they won’t be able to enjoy the entire show, but will still have the chances to monitor some of the lighting showers. As expected by NASA, the peak time of the shower show will happen on Friday and Saturday night, and after this period, the moon will be nearly three-quarters full.