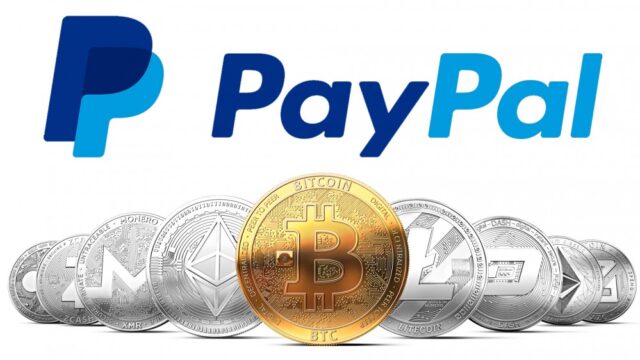 Schulman made these statements during an earnings call, and they carry more weight as PayPal has just posted record third-quarter revenues.

Since PayPal announced that it would allow users to use cryptocurrencies in transactions, the poignant question was when these changes would come into being.

Now Schulman has offered a definite answer to this question. He said that from the beginning of the first half of next year, PayPal would allow users to draw from cryptocurrency accounts to pay for goods and services at 28 million merchants who use the company’s platform. Very importantly, he made it clear that this new system of arrangement will in no way result in any incremental fees for either consumers or merchants.

This expansion in the next year will also kick start a series of further changes.  The important ones include customers getting to use Venmo, which is PayPal’s very famous peer-to-peer payment service, to buy and trade with cryptocurrencies.

The 61-year-old former American Express employee, Schulman explained that PayPal received a much larger response than what they had anticipated when they offered crypto in the last month. He noted that the waiting list size for crypto access was two or three times more than what the company expected. This unprecedented response made the company bullish about cryptocurrencies. He also revealed that all US users would be able to use this service in the next few weeks.

Schulman further stated that the traditional financial system is not working for many low-income people. Hence, PayPal is continuously seeking to merge it with the latest world of crypto technology. And interestingly, a few other companies share this view too. These companies are looking to bind the current financial system with the cryptocurrency system. Recently, MasterCard rolled out a service to allow central banks to test out digital currencies.

Crypto prices on the rise

PayPal’s grand scheme of embracing Bitcoin and other big players joining the bandwagon has boosted cryptocurrencies’ price in recent times. Traders are feeling safe to invest in Bitcoins, and this rise in transactions has facilitated gains for all players in the market, including the trading platforms.

Several Bitcoin trading platforms are seeing a surge in users and transactions, and by offering more value-added services, these platforms are maximizing their gains. For example, the Bitcoin Trader Crypto App has made Bitcoin trading simplistic through a seamless user interface and lag-free service. This has enabled the app to increase its user base and emerge as a leading Bitcoin trading app.

Financial companies’ steps and strategies to embrace cryptocurrencies contrast with the current regulations of the US tax system. These stringent regulations make it challenging to introduce cryptocurrency in day-to-day commerce. For example, the IRS considers all crypto transactions as taxable events such as selling a stock or a piece of real estate. A PayPal user buying a coffee or groceries through a crypto account will be required to declare it as a capital gain.

Schulman did not talk about the tax implications of PayPal’s crypto plans. Still, a beneficial solution to this issue is expected to arrive sooner as cryptocurrency advocates are lobbying Congress persistently to make ‘de minimus exemption,’ which will excuse small-dollar transactions from IRS scrutiny.