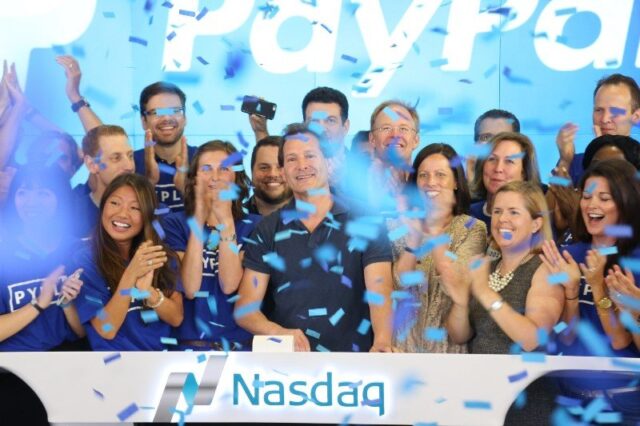 The highly anticipated return of PayPal Holding Inc. to the NASDAQ after more than a decade with eBay Inc’s fold happened, and its shares jumped as much by 11%. The online digital payment facilitator has been valued at about $52 billion.

PayPal is the undisputed leader in a segment which it helped to create, and it processed 4 billion payments totaling $235 billion in 2014. The online payment scenario has changed radically since the company was snapped up by eBay in 2002.

After the end of its association with eBay, PayPal is expected to partner with other e-commerce sites so that it can lock horns with new entrants like Stripe and Square and Apple Inc, who have introduced their payment services last year. The separation from r-0bay will enable it to focus on its faltering e-marketplace.

JPMorgan analysts said that PayPal is the undisputed leader among digital payment facilitators and has more than 160 million active accounts and operates on a global scale and has carved a distinct niche for itself.

PayPal will be facing stiff competition from Western Union Co and other money transfer companies. CEO Dan Shulman felt that PayPal size will enable it to provide affordable financial services widely. Shulman further added that the advent of mobile technology has allowed the transformation of money beyond commerce.

PayPal was founded by venture capitalist Peter Thiel, Tesla Motors Inc., CEO Elon Musk and others in 1990’s. It went public in 2002 and was taken over by e-Bay for $1.5 billion soon after.

Pressure by activist investor Carl Icahn forced e-Bay to split PayPal to give more focus and flexibility to both companies. Both PayPal and e-bay will not be severing its ties completely, and e-bay will not limit transactions it channels through PayPal in the coming five years.