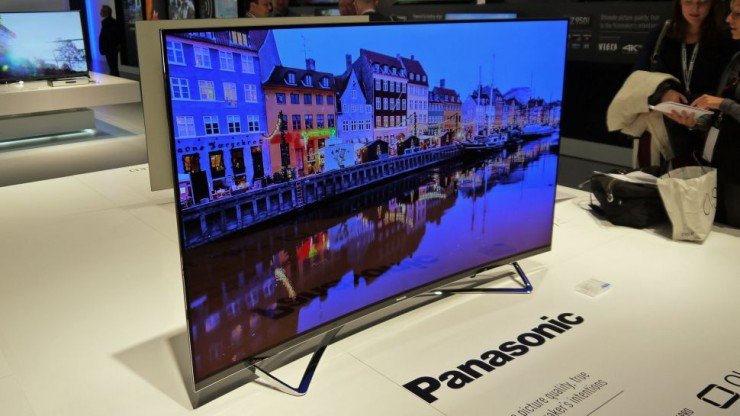 Panasonic is expected to release a new OLED 4K TV in 2017. According to reports, the OLED 4K TV from Panasonic to be infused with a new 4K UHD panel will look stunning. Moreover, the upcoming OLED TV will be equipped with improved color reproduction capabilities. According to sources close to the company, the product development team is actively working on to launch the new TV during early 2017. However, the company hasn’t named the new TV.

Interestingly, Panasonic showcased a teaser model at Panasonic’s stand at IFA 2016 in Berlin, Germany. We can see a very thin bezel without any major borders. In fact, there are no bezels on the bottom side.

Regarding the look and feel of the new Panasonic OLED TV, the new Television will be extremely slim. This is due to the nature of OLED panels. Dubbed to be more efficient in terms of energy consumption, the new OLED 4K TV will also feature a compact display lighting technology. Moreover, the new TV will be equipped with an extremely thin bezel edge with a unique white color surrounding it.

Furthermore, the 2017 OLED model will have a stunning image quality and reproduction capabilities. It is expected to perform better than the currently available OLED variants. Panasonic managed to make a unique impression in 2016 by releasing an OLED stunner. However, analysts believe that the company will be able to release an OLED TV in 2017, which will outperform its previous counterparts. This is in terms of color, brightness, and other key display functionalities.

As of this writing, we don’t know the exact price and release date of the Panasonic OLED 4K TV. We expect that the company will increase the price to $1000 than the currently available model. This is because Panasonic oversees huge competition in this segment since companies like LG, Philips and Sony are expected to come up with their own OLED TV models by the end of 2017.

If Panasonic manages to launch the new OLED 4K TV, it will join the current family of Panasonic 4K TV range of models. The currently available flagship is the stunning Viera DX902 model released in 2016.

At the CES 2016, Panasonic showcased Viera CZ950V, which is touted to be the first THX-certified 4K OLED TV. According to industry analysts, the stocks ran out quickly in the markets in those countries where the TV was made available even though the cost was around massive USD 8000. It seems that when it comes to premium OLED segment, consumers doesn’t look into the pricing aspects.