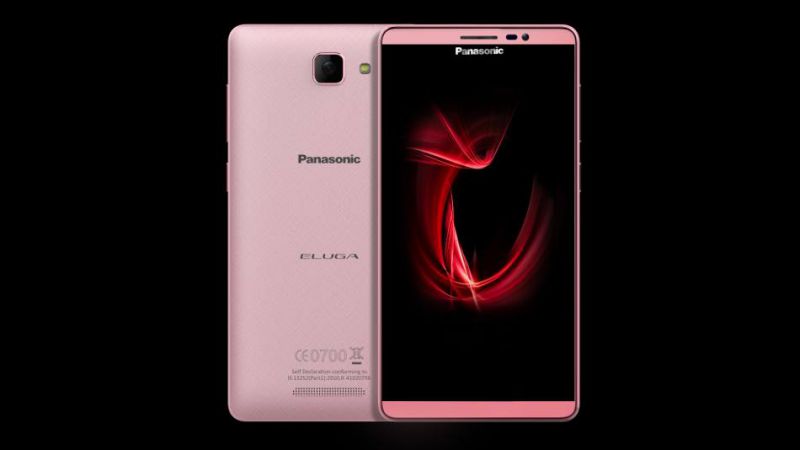 ELUGA I3 supports 4G VoLTE and is compatible on Indian bandwidths which are B3, B5 and B40. VoLTE support reportedly gives the ELUGA a better reception and transmission capability of data as well as voice.

Panasonic has incorporated an HD IPS display on this phablet which promises better readability in daylight. A quad core processor clocked at 1.3 GHz runs this device while 2GB RAM ensures a lag-free multitasking experience for users. ROM on this device is 16GB which is expandable to 32 GB via a micro SD card slot.

ELUGA I3 inherits its design and aesthetics mostly from its predecessor ELUGA I2. ELUGA I3 comes with a textured back design for better gripping and exquisite look. Panasonic offers three colours for this phablet, Champagne Gold, Rose Gold and Marine Blue.

Panasonic ELUGA I3 has a 5-megapixel front camera and a 13-Megapixel rear camera with an LED flash beside it. ELUGA I3 has Android 5.1 Lollipop clubbed with Panasonic FitHome user interface which enhances user experience.

A battery with 2700mAh capacity powers this device. ELUGA I3 has standard wireless connectivity options including Wi-Fi hotspot, Wi-Fi direct, Bluetooth 4.0 and A-GPS which are compliant with contemporary technology.

Panasonic ELUGA I3 offers dual SIM card slots. The smartphone comes with a USB cable, charger, standard earphone and a screen guard. Panasonic has priced its latest release in budget segment and the features offered by the phone will supposedly work well for the configuration.

Panasonic launched ELUGA I2 in August last year which had an 8-megapixel rear and a 2-megapixel front shooter. Although ELUGA I2 supported 4G but had very basic processing capacity. ELUGA I3’s release will help Panasonic gain strength in this competitive trade.