Ozone levels on the rise in Delhi 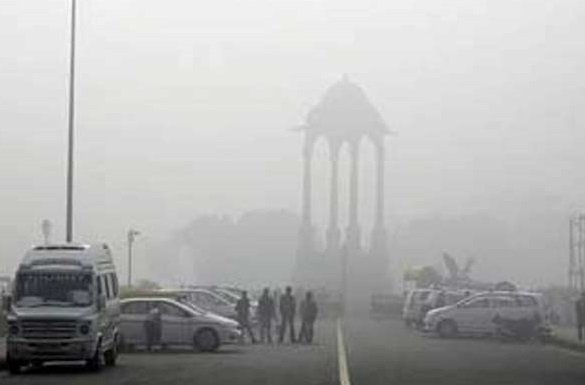 The Meteorological department on Tuesday said that the Ozone levels in Delhi have breached the permissible limits in the last ten days, and the reason behind this spontaneous phenomenon is nothing but the drastic increase in temperature.

As per their studies, the level of toxic ozone has reached the maximum levels during the last two weeks. During this time, the maximum temperature was hovering above forty degree Celsius, and this has even resulted in some causalities in the capital.

Gufran Beig, the project director of System of Air Quality and Weather Forecasting Research confirmed that the surface ozone levels in some areas of Delhi has reached as high as 120 ppb, and this count is considered as poor in the air quality index. The permissible ppb as per International Standard is 50 ppb (part per billion).

As per Environmental Scientists, Ozone is a very critical pollutant and it is slowly emerging as a growing concern in urban Delhi.

Dr T K Joshi, director of the center for occupational and environmental health at Moulana Azad Medical College warns that inhaling Ozone for at least one hour will prove harmful for people who have respiratory disorders. Asthamtic patients will find it hard to stay in an ozone filled environment for more than thirty minutes.

Dheerpur industrial area and Aya Nagar are two areas which witnessed the maximum Ozone levels in the past two weeks. In these areas, the count reached 240 micro grams per cubic metre.