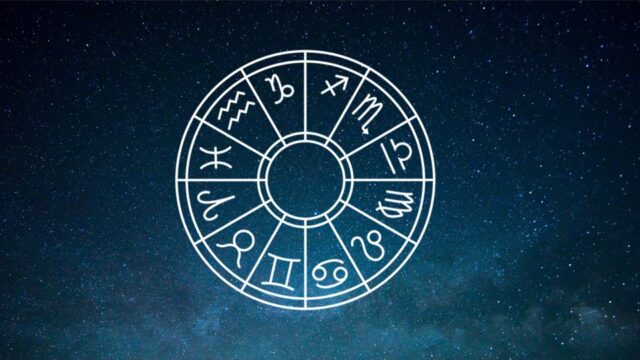 India is the cradle of one of the world’s religions, where religion is still a faith for most people. Indian astrology, derived from religion, has a very high status among people who are used to consulting astrologers before making decisions on any scale, from building houses and getting people married to buying motorbikes.

In addition to regular fortunetelling, there are mobile apps that provide users with services similar to psychological counselling, which can provide psychological comfort to users in case of emergencies or severe disasters, so astrological apps are particularly popular in times of epidemic.

According to statistics from Indian media YourStory, the astrology market in India alone is worth $10 billion. There are about 2 million people involved in astrology in the country and the overall annual growth rate of marriage counselling services reaches 21%.

The persistent astrological phenomenon in real life has also affected the local mobile app market, in the TOP-20 list of free apps on the AppStore alone, there are exactly 2 astrological apps. Noticing this business opportunity, in addition to local developers in India, developers from other regions have also joined the fight, among them many Chinese developers.

Mr. Cui Huaizhou, who was previously Deputy CEO of YY Overseas Short Video at Huanju Times and Community Product Manager at Kuaishou, entered the Indian market with the astrology consulting product EmergingVision and reached the target of 0 to 100,000 DAUs (number of unique users per day) within 2 months of release. Based on his experience, India cannot simply think along the lines of the Chinese model and must abandon it to think of its own Indian model adapted to the local mentality.

According to SocialPeta’s advertiser analysis, we scanned 111 astrology apps related to the “horoscope” in India. Their choice of distribution channels is not much different from other apps. The main distribution channels are Facebook, Audience Network, Instagram, Messenger and Google Ads, but we can see that the Instagram channel, which has predominantly female users, would be preferred for these astrology apps.

Astrotalk Astrology Prediction in India is ranked 13th in the list of free apps for everyday life on the AppStore. Its main distribution channels account for an average ratio, with the exception of Google Ads, which accounts for 16%, the share of other channels remains between 20% and 21%.

In addition, in the media channels launched by Astrotalk Astrology Prediction, lifestyle apps took the largest share with 33.13%, followed by entertainment apps at 32.26% and work apps came in third with 19.11%.

As an example, we take Guruji, one of the most popular astrology apps in India. SocialPeta first published the advertiser’s material on November 29, 2019. As of September 18, 2021, the total number of visits reached 10,178. Unlike other mobile apps that focus on graphics, Guruji favours dynamic videos to attract users. According to distribution channel trends, last year’s total advertising volume showed an upward tendency, peaking from July 20 to August 3 this year.

According to SocialPeta’s copywriting analysis, we found that keywords about predicting the future and solving life’s problems were repeatedly mentioned in the materials posted by Guruji. The keyword “Love” appeared most frequently, mainly targeting female users looking for partners, but also there are other keywords relevant to people’s daily lives, such as “Marriage”, “Relationships”, “Career”, “Astrology”, “Solution”, etc.

In SocialPeta we found the Guruji video to be relatively popular, with most of the content in the app based on dialogue.

This type of plot is very popular among Indian users. The aforementioned Astrotalk Astrology Prediction also used a similar plot. The difference is that they chose real people to play on the screen, thereby evoking a stronger sense of identification in users.

Astro+ Horoscope & Zodiac, which has a relatively high number of downloads, recently ranked 16th on AppStore’s list of free apps for life with TikTok-style videos. In the video, the ‘User’ opens the app and scans their palm, then, along the line of their hand, the screen displays answers to questions users care about, such as ‘Time to get married’, ‘Time to have kids’ and others, and then displays a ‘Divorce Date’, changing the plot, enticing users to speed up downloading the app themselves.

Creative content like this has drawn a lot of attention to astrology apps. From SocialPeta’s app analysis module, we can see that Astrotalk Astrology Prediction reached more than 10,000 downloads in August 2021, with 22,000 active users in a month. The effect has been very significant.

Among the astrology applications covered by SocialPeta with a large investment in volume purchases, the Astro 2021 content produced is the more “popular”.

Images take up a relatively high share of the total content submitted to Astro 2021, and most distribution channels are on social platforms such as Instagram and Facebook. Some female users focus more on emotional issues, such as questions like: “Does your man still have feelings for his ex?”, “Are you really a match for this man?”, “Is this relationship healthy or toxic?”, etc.

Moreover, SocialPeta also noticed that almost every astrology app in India provides information on zodiac sign compatibility. For example, from the material below under ‘Hint: Horoscope & Astrology’ we can see that after selecting ‘I’ and ‘Partner’ birth information, the compatibility rate is only 13%. With this outcome, interested users will download the app and try it for themselves.

We invite You to visit the official SocialPeta website to find out more about mobile advertising.