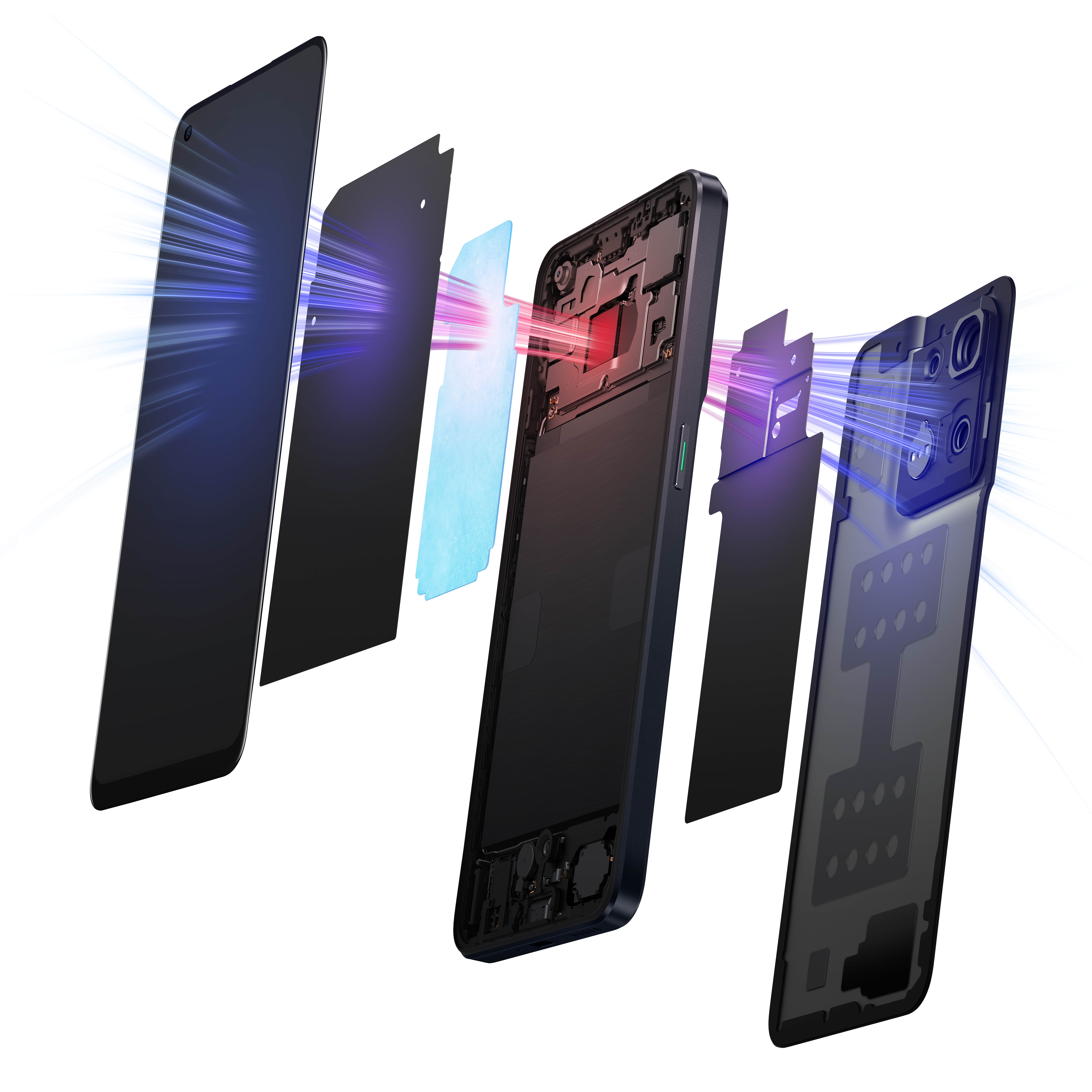 The soon-to-be-launched OPPO Reno8 Series bears testament to OPPO’s continuous efforts in R&D. Both smartphones—the Reno8 Pro and the Reno8—pack powerful MediaTek SoCs along with proprietary technologies in battery charging, device cooling and hardware-software optimisation. All these work in sync to extend device life while ensuring peak performance for years to come.

When it comes to imaging, the SoC borrows from Dimensity 9000’s technology arsenal: Its Imagiq ISP is clocked at 5Gpixel/s to allow for best-in-class photo and video capture. It can snatch three exposures per frame for accurate results in HDR, and it even supports two cameras recording simultaneously, which means you can shoot from the smartphone’s front and rear cameras together.

The OPPO Reno8 also sees a huge upgrade over the previous generation. This device houses the latest MediaTek Dimensity 1300 SoC over the MediaTek Dimesity 900 in the Reno7. The new ‘6nm’ octa-core CPU boasts a 3GHz Arm Cortex-A78 ‘ultra-core’ that kicks in to provide peak responsiveness in apps and games when it is needed the most.

In addition, it comprises three premium Cortex-A78 cores, four Cortex-A55 efficiency cores, as well as the same HyperEngine 5.0 gaming technologies that are found on the Dimensity 8100-MAX. With the Dimensity 1300, AI tasks are boosted by up to 10% as displayed in AI benchmarking results.

The SoC promises photography enthusiasts excellent low-light performance and fast captures, ideal for shooting pictures in all conditions. Its unique AI-camera capabilities include AI noise reduction (AI-NR) in panoramic captures at night and with HDR. 4K HDR videos are captured with a 40% greater dynamic range when compared to standard HDR.

For entertainment, the Dimesity 1300’s AV1 video decoding hardware provides new levels of visual detail, crisper sound, and higher resolutions, without the hit on battery life when it comes to video-streaming entertainment

Both SoCs—the Dimensity 8100-MAX and the Dimesity 1300—support 5G connectivity along with MediaTek MiraVision that comes with enhanced HDR10+ video playback and even upgrades video streams on the fly to convert SDR content to HDR using AI Video with dynamic per-frame picture tuning for precise image quality.

Both smartphones—the Reno8 Pro and the Reno8—are powered by a 4500mAh battery. OPPO’s 80W SUPERVOOC Flash Charge technology—tested and certified by TÜV Rheinland as a safe and quick charging system—allows for a 50% recharge with just 11 minutes recharge; a five-minute recharge is enough for two hours of mobile gaming.

Further, the Reno8 series comes with OPPO’s exclusive Battery Health Engine (BHE) technology, which is the outcome of a three-year R&D into lithium-ion batteries and has resulted in 20+ pending patents.

Tests at the OPPO Research Institute show that Reno8 phone batteries with BHE can retain 80% of their original capacity after as many as 1,600 charge cycles. This charging cycle is double the industry average of just 800 charge cycles. It ensures batteries stay in good condition for around four years of typical use to make it the longest smartphone battery lifespan on the market. Notably, the batteries can last up to 1.55 days of regular use on a single full charge.

The Reno8 Pro now comes with OPPO’s Ultra-Conductive Cooling System that adopts Ultra-Conductive Graphite, a new material that improves cooling performance by 45% over traditional graphite. Here, graphite sheets are used for heat dissipation, both under the display and in the back cover to provide a total cooling surface area of 10957mm2 (4% larger than the previous generation).

OPPO also combined the ultra-conductive graphite with an aluminium middle frame to ensure that the OPPO Reno8 Pro does not heat up when playing games, watching videos, and taking photos. Also, a copper foil, with high thermal conductivity, is used both under the display and in the back cover to ensure stable performance and to dissipate heat during charging—even while maintaining a large charging current—for higher charging efficiency.

The Reno8, on the other hand, comes with OPPO’s Super-Conductive VC Liquid Cooling System that covers 14644mm2, an increase of 16.8% over Reno7. The newly added Vapour Chamber covers an area of 2343mm2 and is 1.5x more efficient than the previous generation’s heat pipe solution. For the Reno8’s middle frame, OPPO employs a super-conductive aluminium alloy that increases the thermal conductivity by 13.5%.

Over time, with regular use and as more apps are installed, smartphones get slower. To address this issue, OPPO upgraded its software and hardware and optimised the operation of the Reno8 Series. It then applied for TÜV SÜD certification, which comprises five ratings from E to A, of which A is the highest level.

Both Reno8 Series smartphones—after undergoing nearly 500 tests—met the certification requirements and obtained the TÜV SÜD 36-Month Fluency Rating a Mark. TÜV SÜD not only evaluated the devices’ fluency at the very beginning of use but also tested the degree of fluency attenuation after 36 months of use. The higher the level, the smoother a product runs, both at the beginning and after 36 months of use.