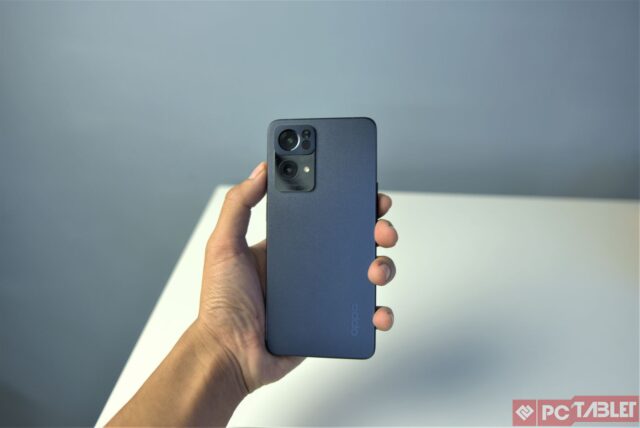 We reviewed the Reno6 Pro 5G a few months back, and now Oppo is back with the Reno7 series. The brand seems to be following a 6-8 month refresh cycle which is shown in the changes the series is getting, more on this in the review. Keeping both the Reno6 Pro & Reno7 Pro side by side, you will instantly notice the changes carried out in the aesthetics department but the gut remains the same.

This new Reno7 Pro is being offered in the market in just one storage variant that too with 256GB and at a price tag of INR 39,990. Given how popular OPPO smartphones are for their design and cameras, this new model tries to bring something new to the table. But will it be enough for the buyers to make a buying decision? Let’s find out in our full review.

Before starting with the OPPO Reno7 Pro review, let’s have a look at the phone’s specifications. 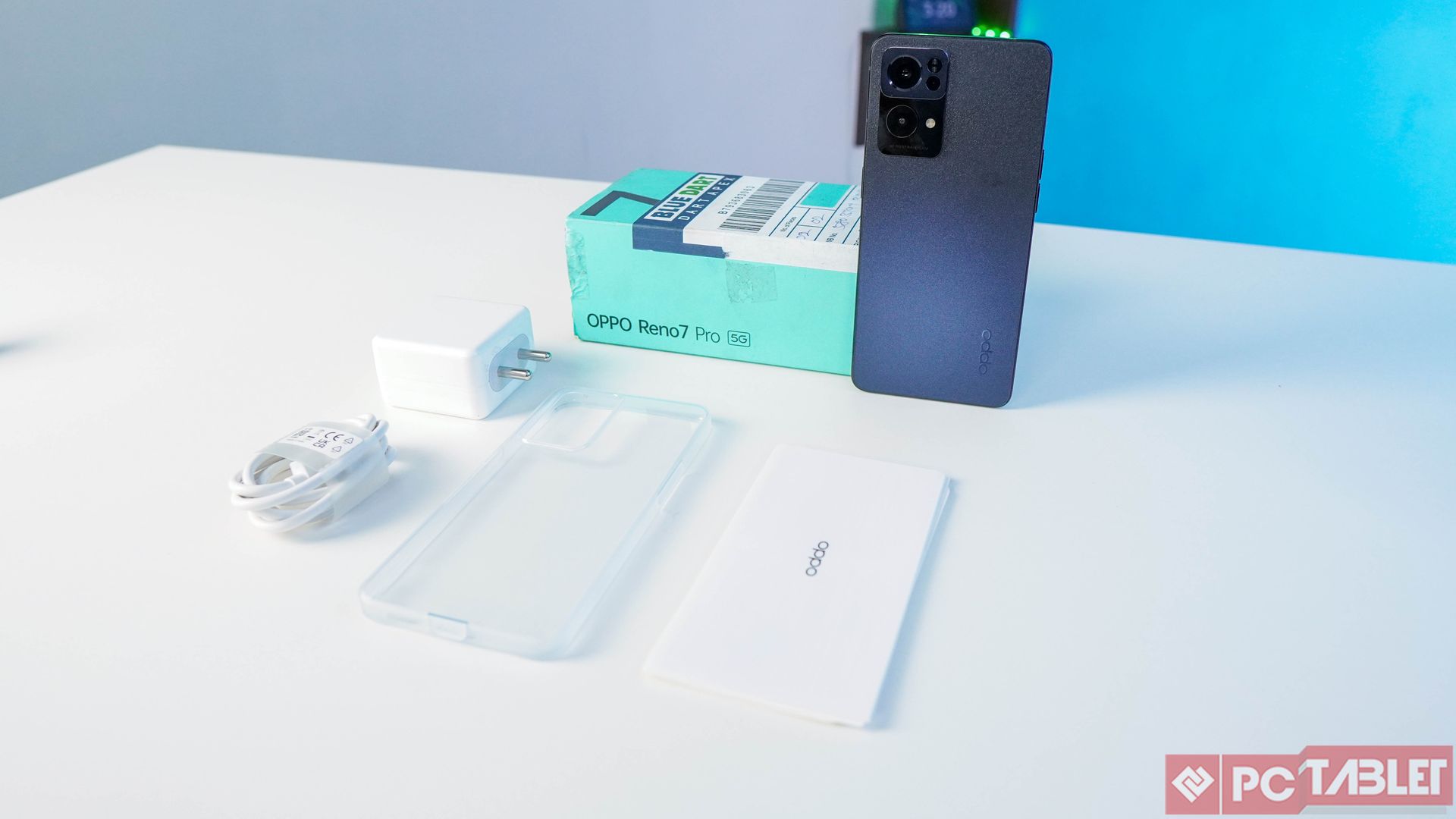 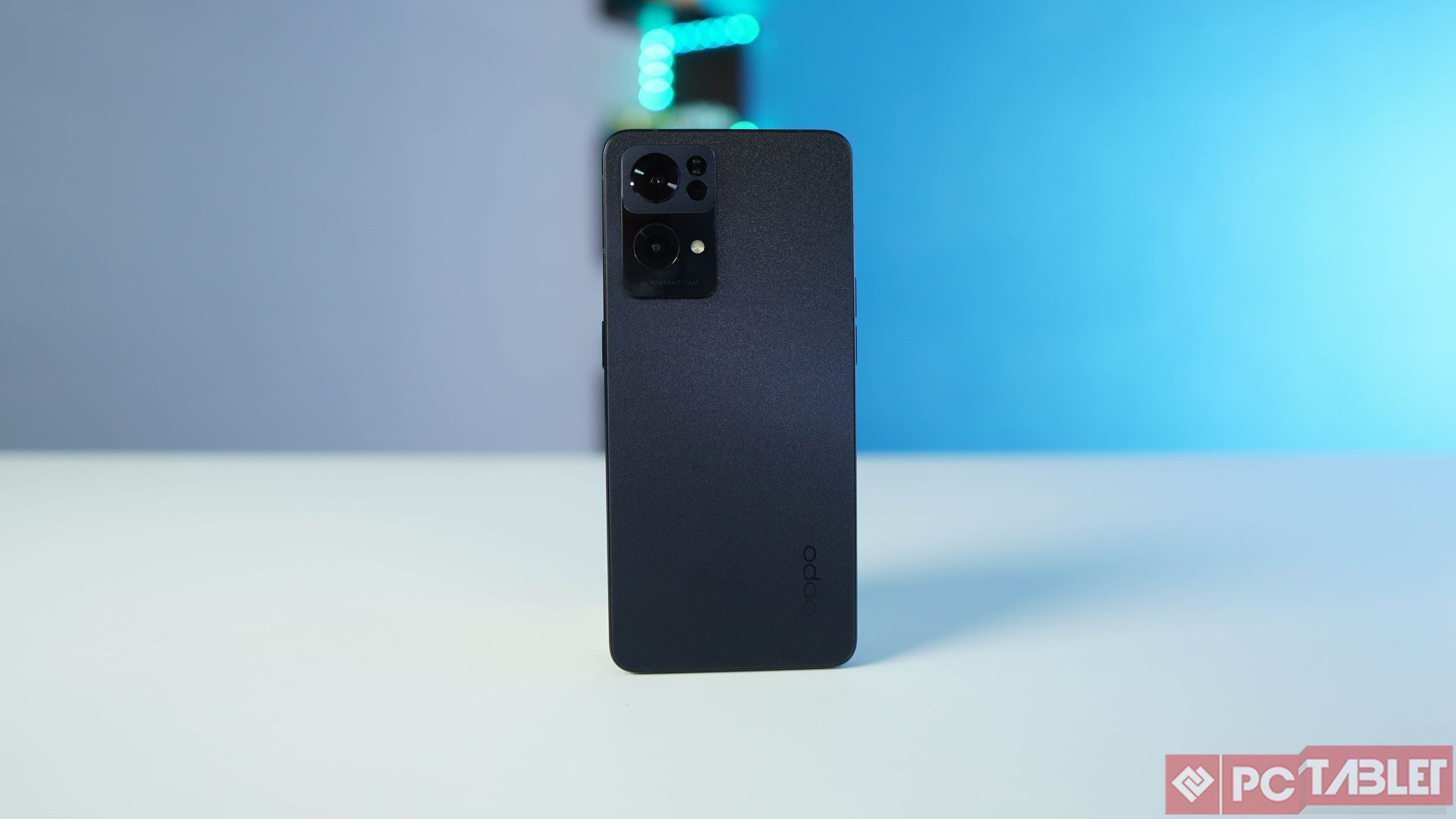 The design is among the few areas where OPPO has stirred up things. The Reno7 Pro comes with a flat edge design with a flat AMOLED panel. This is a departure from the design language that the last three generations of the Pro model have followed. The phone now comes in a candy bar form factor and gets glass on both the front and back.

The frame is made out of aluminium and gets the iPhone-like flat pressed shape. The overall construction is solid, and the phone feels premium in hand. The phone is offered in two colour choices, with the black model getting a textured finish on the rear. There is a triple camera module on the back left with the Oppo branding on the bottom. Unfortunately, the camera module is somewhat flushed here and doesn’t stick out.

Flipping the reveal the gorgeous AMOLED display with tiny bezels on the top and sides. Moving to the button and port placement, the power button is on the right side, while the volume rockers are placed on the left rail. The 3.5mm audio jack has been removed on this speaker, and the USB Type-C port sits on the bottom, while the earpiece is sandwiched between the display and the outer frame. 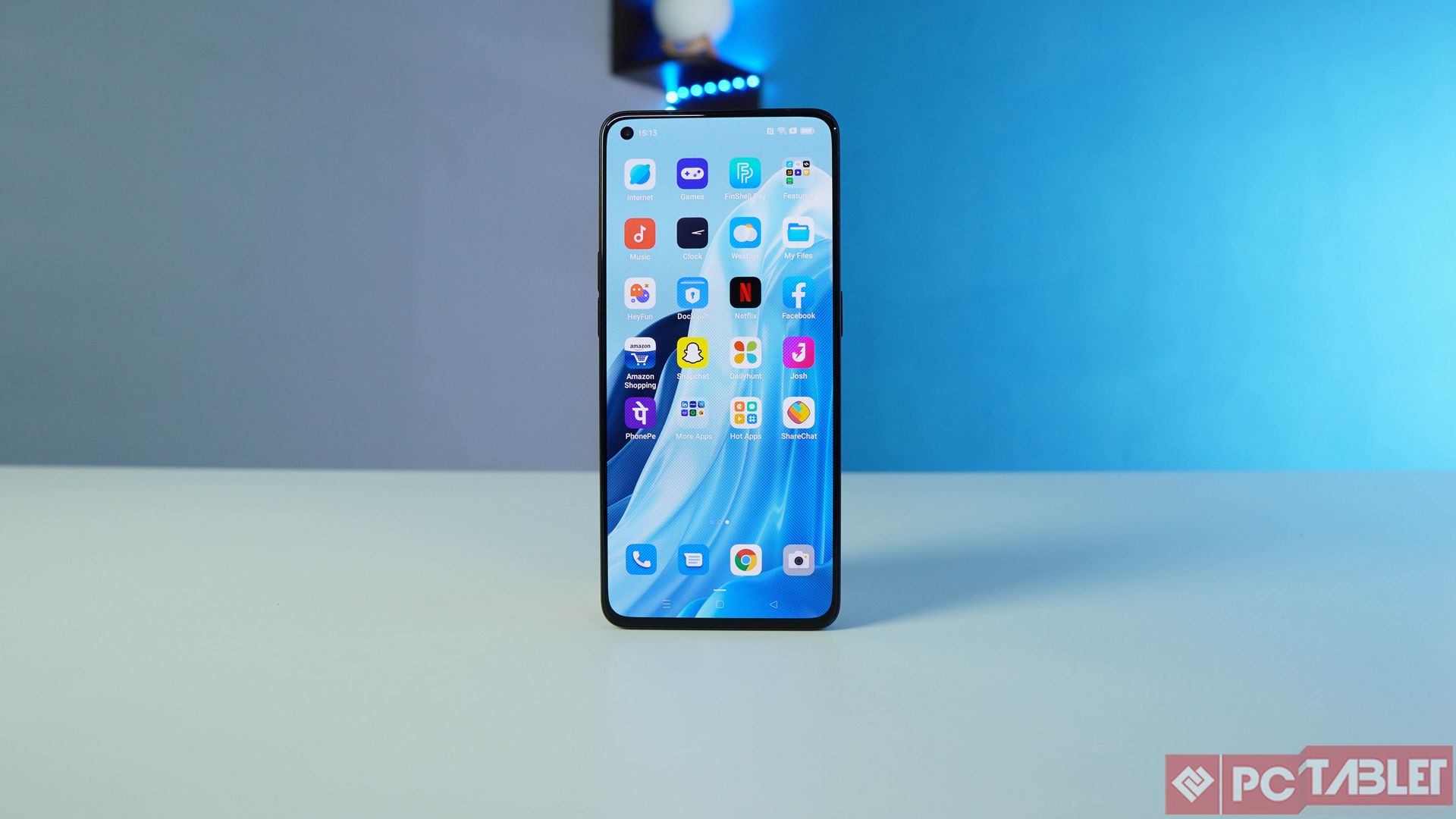 The phone packs a 6.5-inch FHD+ AMOLED flat panel with HDR 10 certification. The refresh rate is still capped at 90Hz which at this point in time seems a bit weird. Even smartphones in the lower INR 20k bracket are getting 120Hz refresh rate AMOLED panels, so this is definitely one area where OPPO needs to work a lot.

The display gets plenty bright and can easily be viewed outdoors in harsh sunlight. Out of the box, the display is set to show vivid colours, but you can tweak them as per your liking with the colour profiles baked into ColorOS. HDR kicks in certain apps like YouTube and PrimeVideo while you get 1080p support on Netflix. 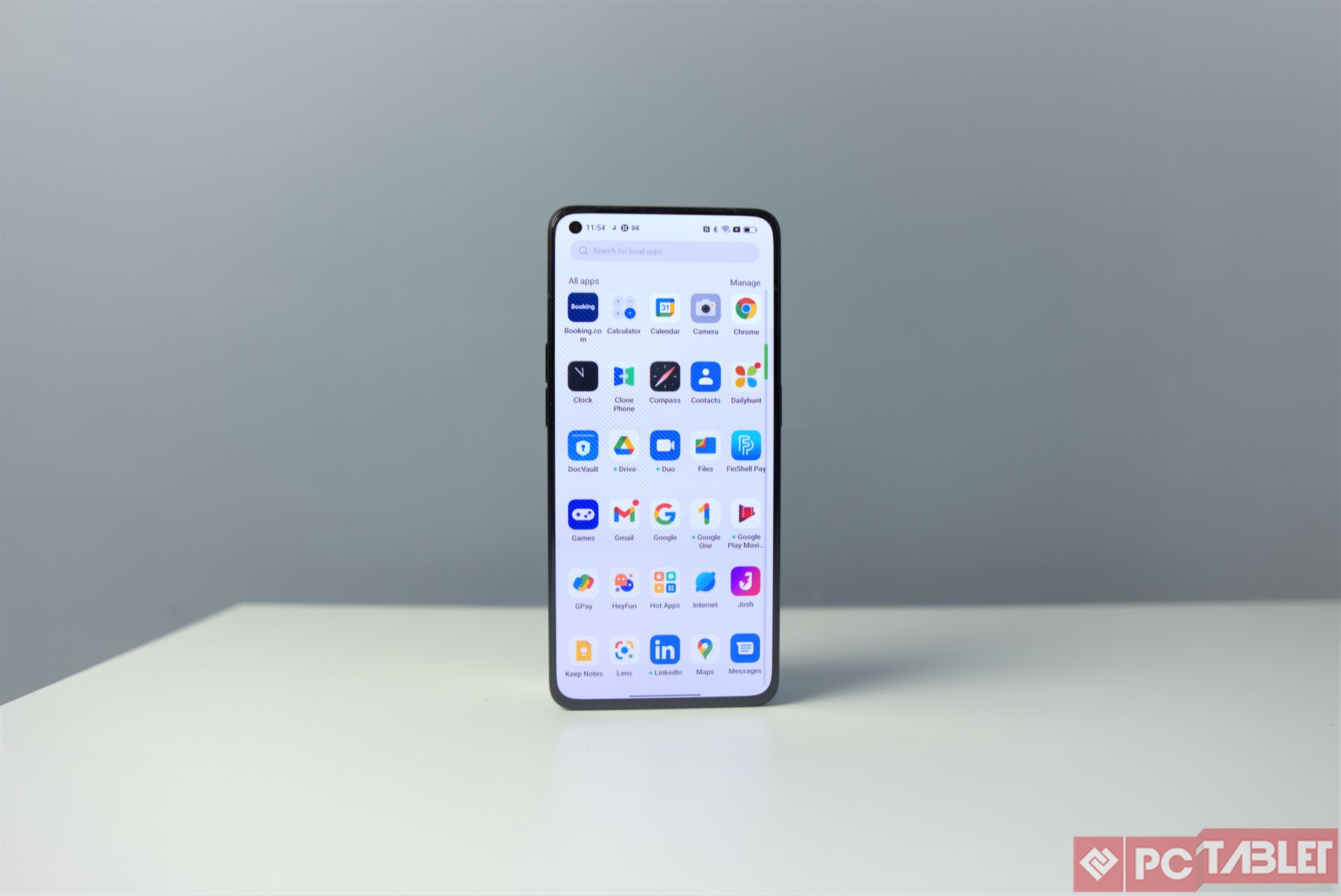 Moving to the software, the Reno7 Pro 5G gets the latest version of ColorOS but it is still based on Android 11. Despite an older generation Android build, you get plenty of customization options, from changing the themes to wallpapers, icons, and more, since ColorOS at its core is a decked-out skin on top of Android.

The UI is packed with features like the Game Mode, Dark Mode, and the OPPO Relax. There have been liberal use of AI done here from camera to display to performance. The new ColorOS builds carry less bloatware, something that we have mentioned in our previous reviews as well. You get the standard feature list including Dark mode here, Always On Display with many pre-sets, and Edge lighting. 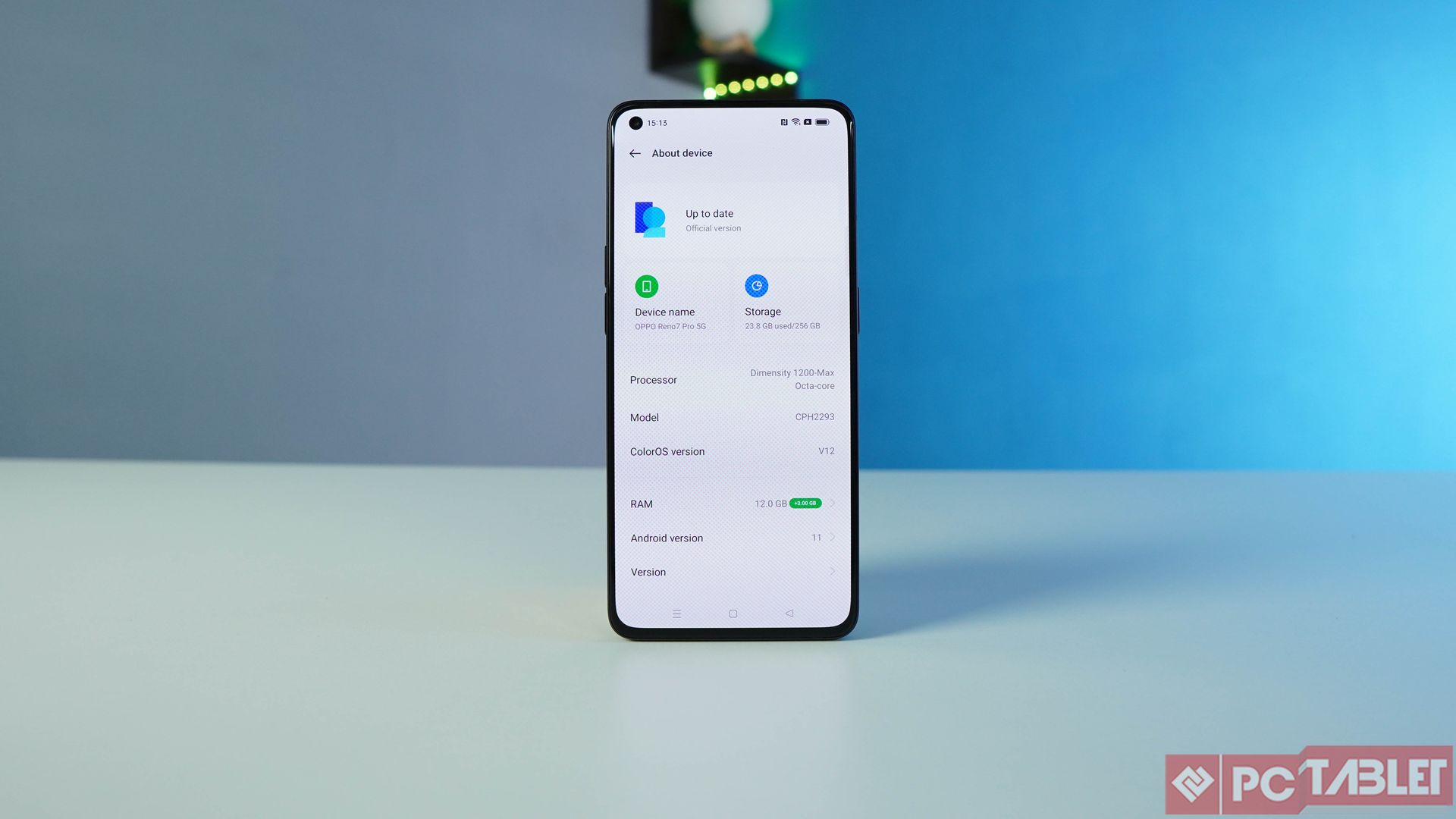 Performance is where the Reno7 Pro matches the outgoing model. The phones come powered by the MediaTek Dimensity 1200 SoC, a 5G capable chip from MediaTek. Dimensity 1200 also brings some core and exciting technologies at a lower price point than Qualcomm chips like Wi-Fi 6, 5G carrier aggregation, and more than 5G bands in general. 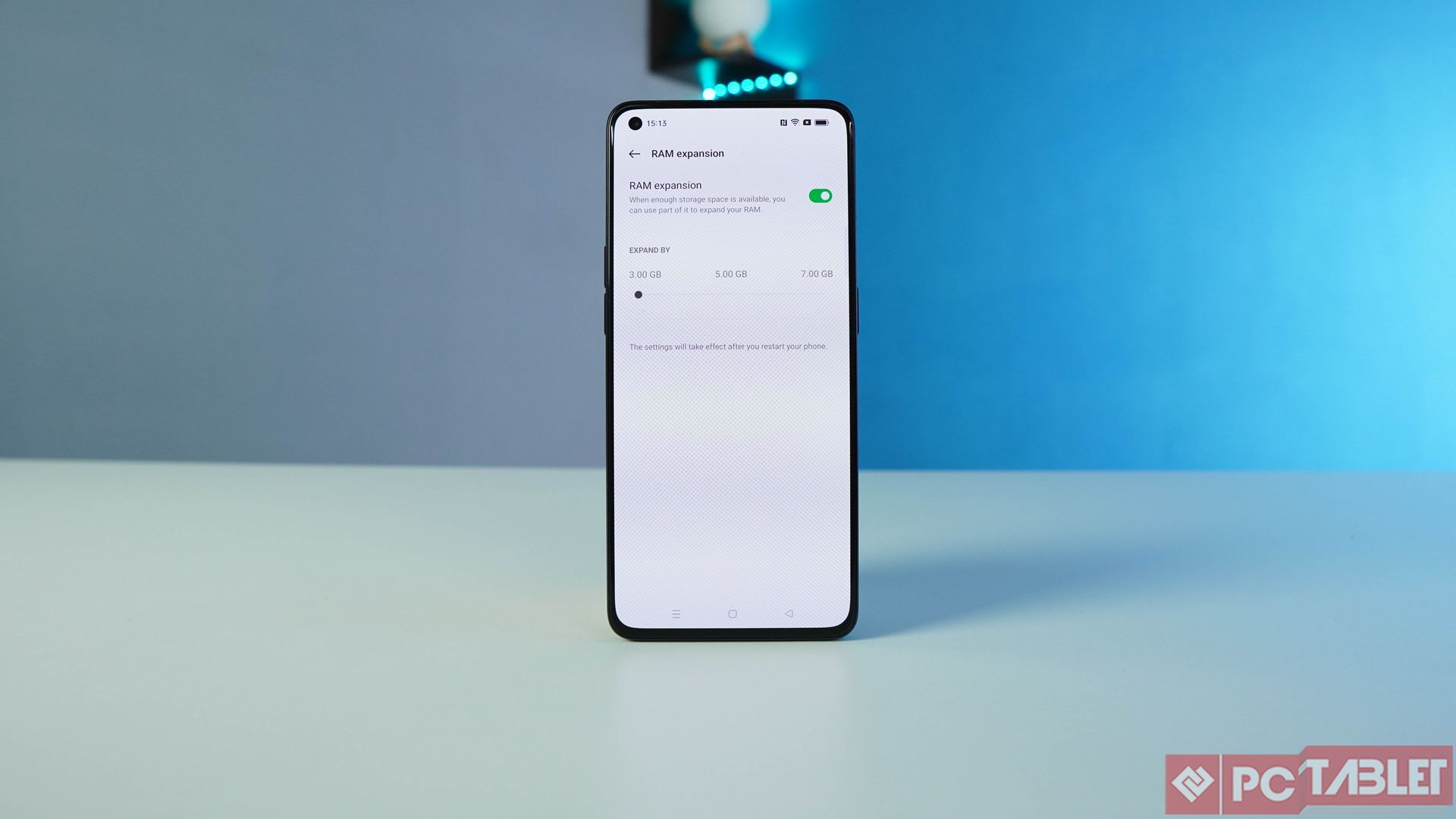 The chip can be easily compared to any two-generation old Snapdragon 800 series chip. This reflects in the day-to-day performance as well. We have lately seen many other Dimensity 1200 powered smartphones performing at par with the Snapdragon options.  During our extensive phone testing, we didn’t really notice any significant lags or overall sluggishness in the UI.

RAM management has been above average on past OPPO phones and the Reno7 Pro is no different. We now also get Expanded Virtual RAM, something that is quite common these days on custom skins. During our testing period, we did some gaming, and games like PUBG and Asphalt 9 ran fine on medium to high graphics settings very smoothly. The call quality, too, is excellent, and the speakers’ audio is loud and clear for the most part. 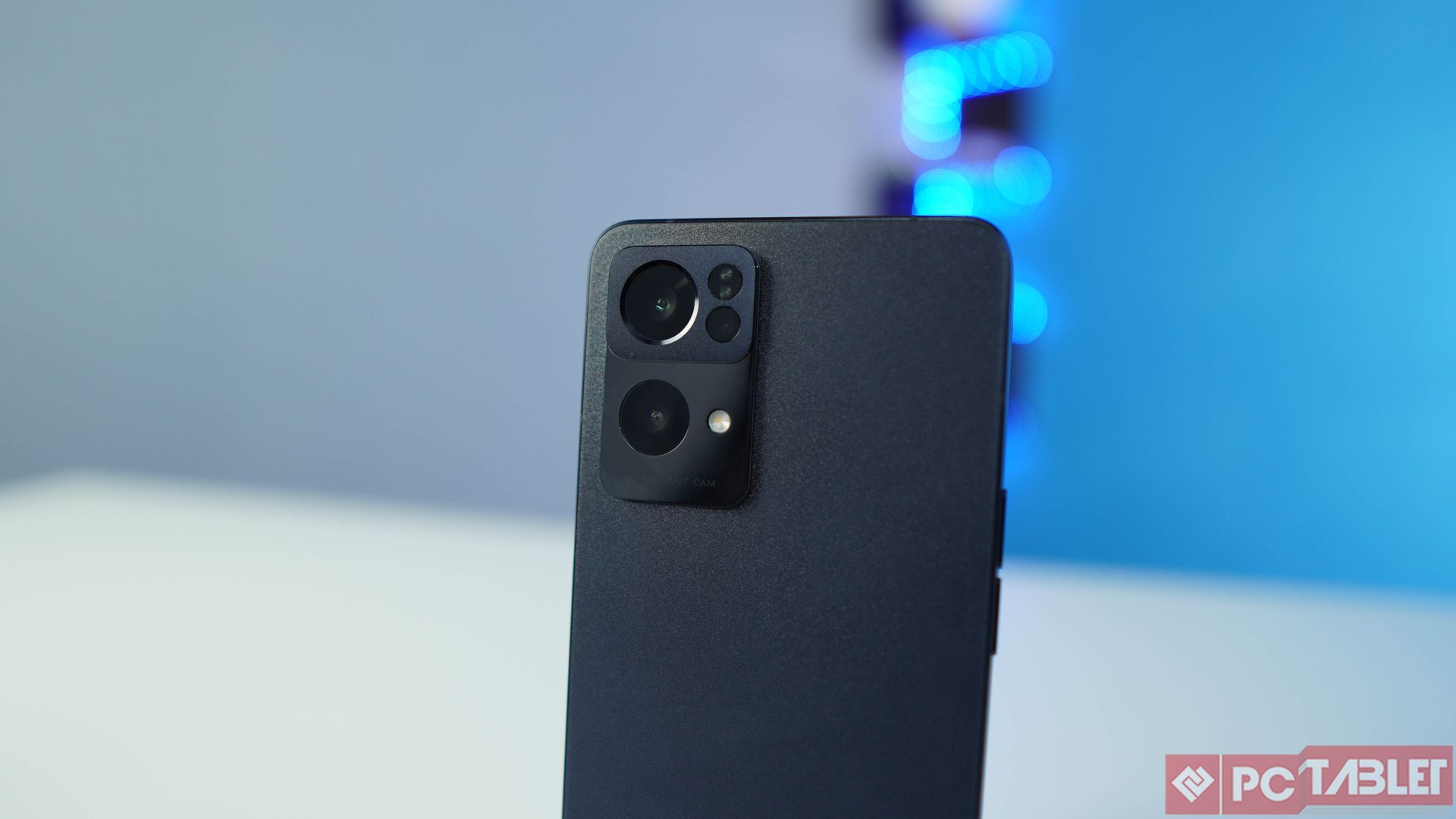 The OPPO Reno7 Pro comes with a triple camera setup instead of a quad setup on the 6 Pro. The main camera here is the 50-megapixel Sony IMX766 sensor with f/1.79 aperture, assisted with an 8-megapixel wide-angle shooter with f/2.2 aperture and a 2-megapixel unit for macro shots.

As for the front, the phone boasts a 32-megapixel shooter with a slightly wider lens. The images taken by the main sensor are sharp, have lots of detail, and bear natural colours. The dynamic range is excellent, as well. The IMX766 is known for its above-average low light performance, and the sensor never disappoints here. For much better use of this sensor, we would recommend switching on the Night mode that helps in achieving good results. 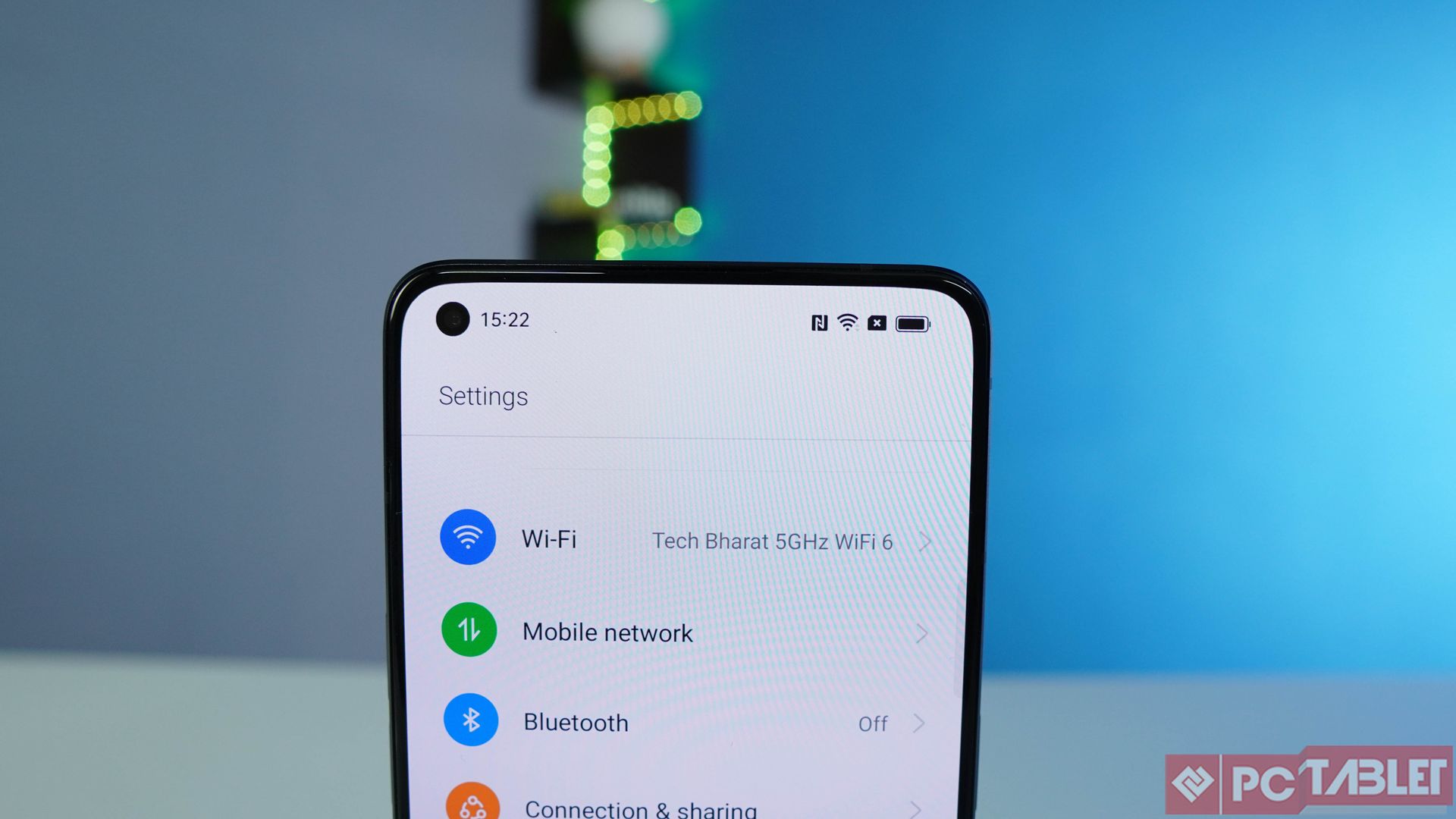 The wide-angle lens captures decent-looking shots with above-average details. The third lens is the macro one which is somewhat useless here. There is a liberal amount of AI here, from scene detection to Bokeh in video and more. The camera app layout is fairly simple and follows the standard oppo template. The front camera impresses as well, with the primary 32-megapixel Sony IMX615 sensor pumping out consistently well selfies that have plenty of detail in them. 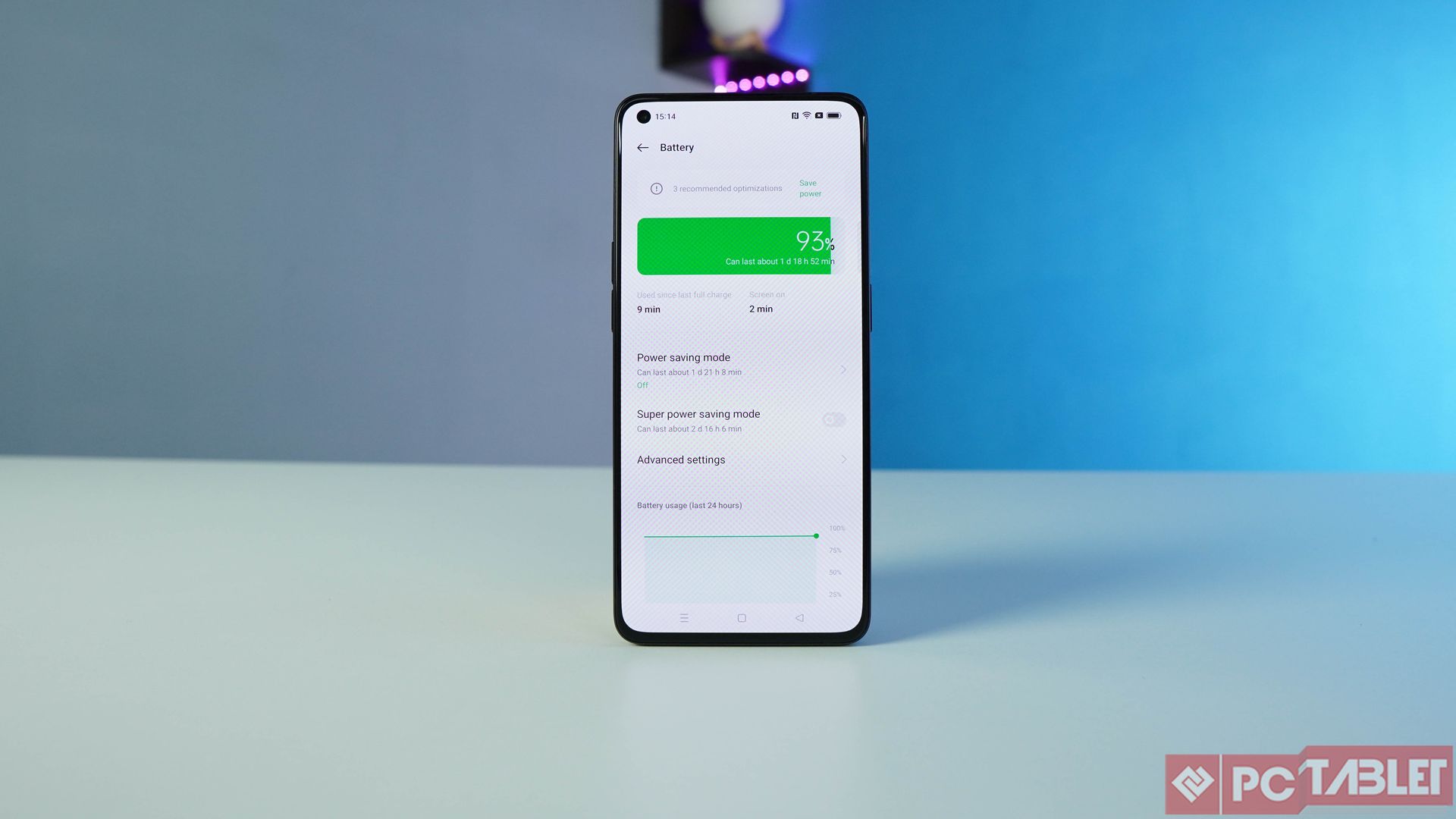 The Reno7 Pro 5G gets a fairly decent 4,500mAh battery under the hood. The phone lasted for a full working day with a screen ranging from six to seven hours on medium to heavy usage during our testing. This number is subjective and could change for someone who is a demanding user. Our heavy usage included a bit of gaming, content consumption, usual texting, and high camera usage.

Using OPPO’s proprietary SuperVOOC 65W fast charging tech, we could charge the phone to 50% in under 20 mins, and a full top-up was done in a little over 40 minutes.