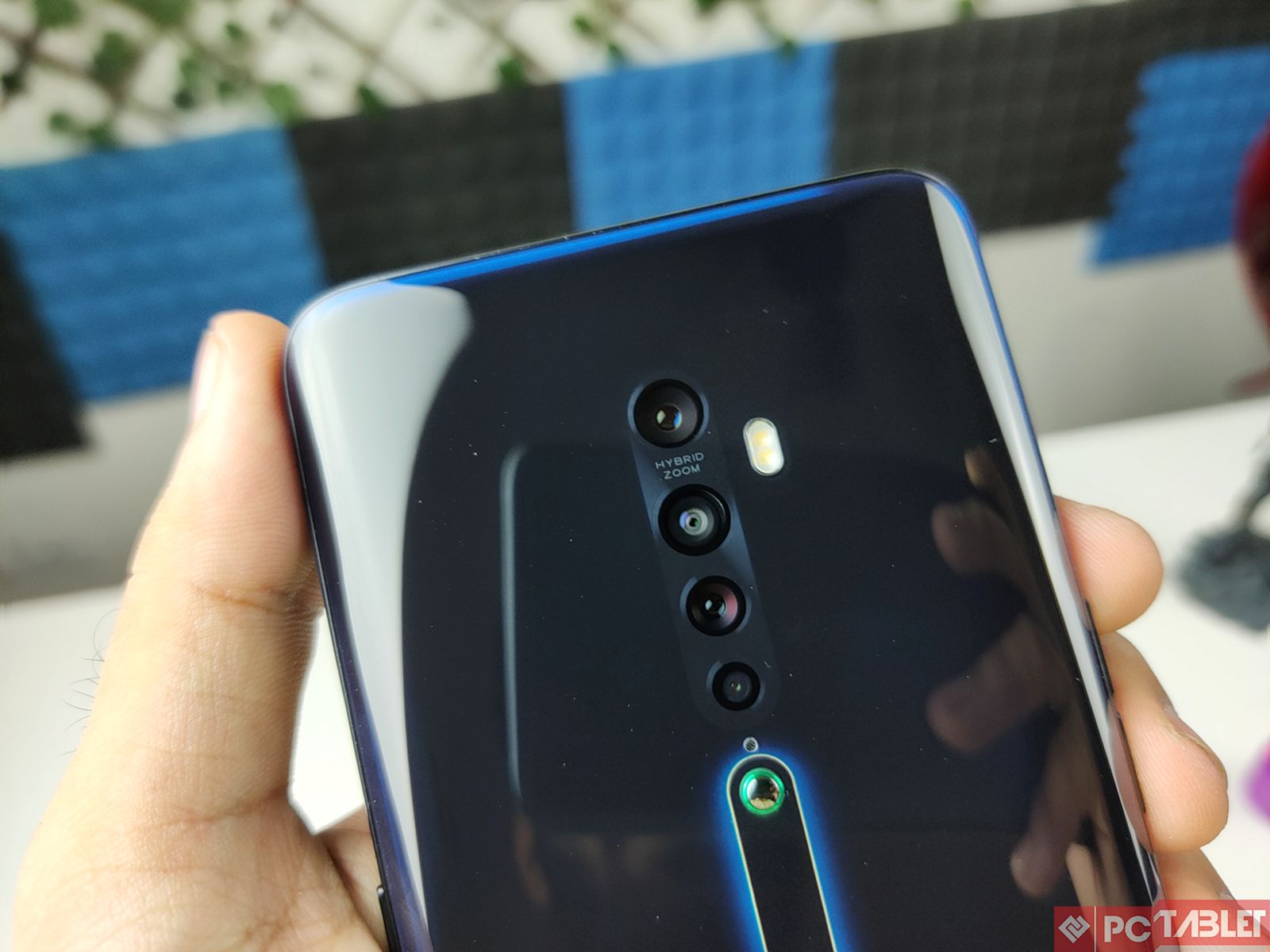 Oppo overhauled their flagship lineup with the launch of the Reno Series just this year. Not even 6 months have passed and we already have the Reno 2. We already gave a shot to the OG Reno 10X Zoom and now its time for the new series.

Unlike the Reno 1 which was powered by the top of the hardware, we get the Snapdragon 730G in here along with a Quad Camera setup on the back. We have been testing the Reno 2 for close to 10 days now and here are our thoughts. 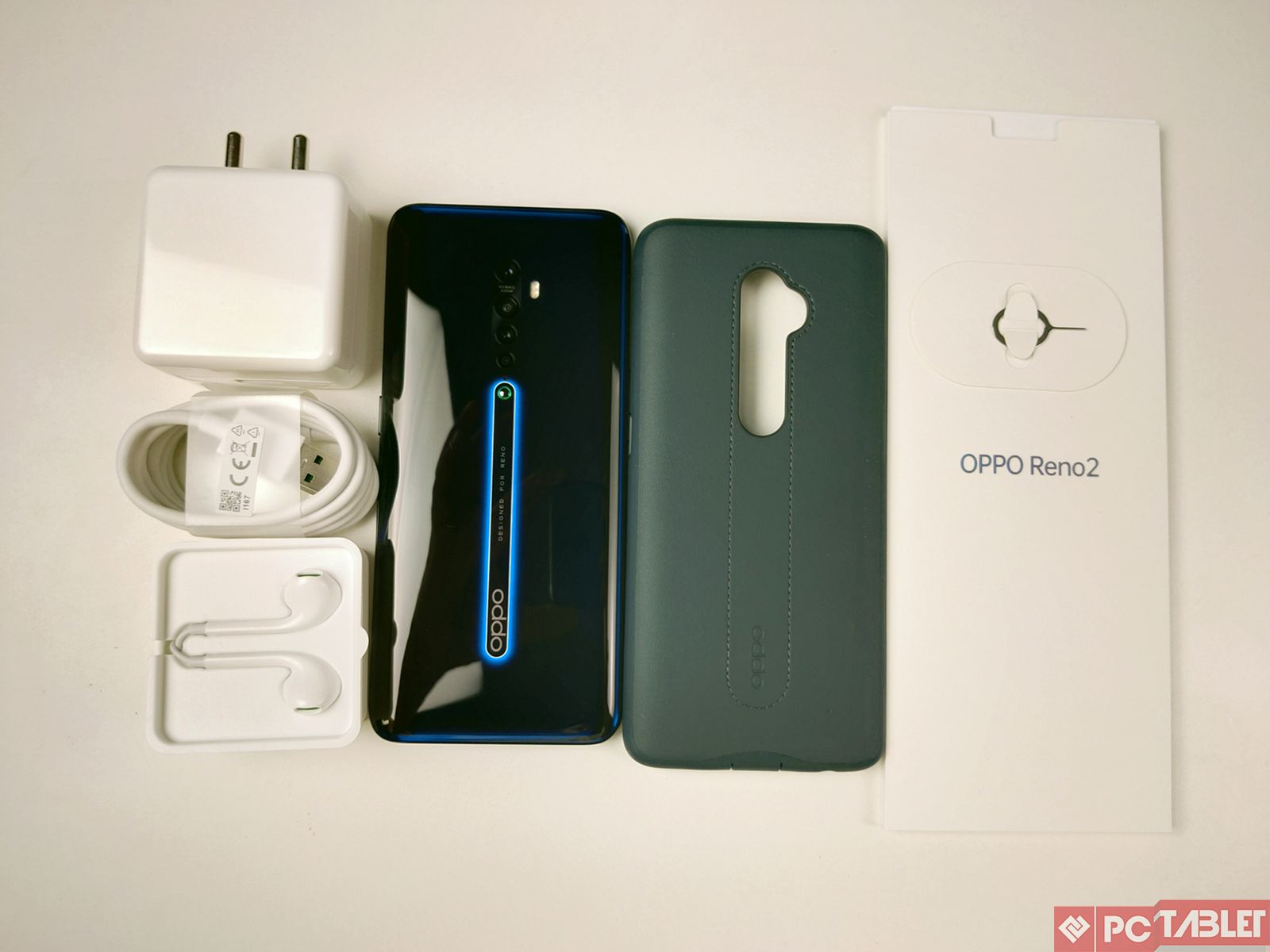 Box design sports very minimal design with the OPPO Reno branding on the top. As soon as you lift the top part, you are greeted with the smartphone with the documentation and accessories placed underneath.

With the Reno series, Oppo did a complete overhaul of their smartphone which has now trickled down to their budget smartphones as well. When talking about the new Reno 2, the brand has polished the overall look and feel. You get the same shark fin pop-up camera module on the front with the gorgeous 6.55-inch AMOLED display underneath. 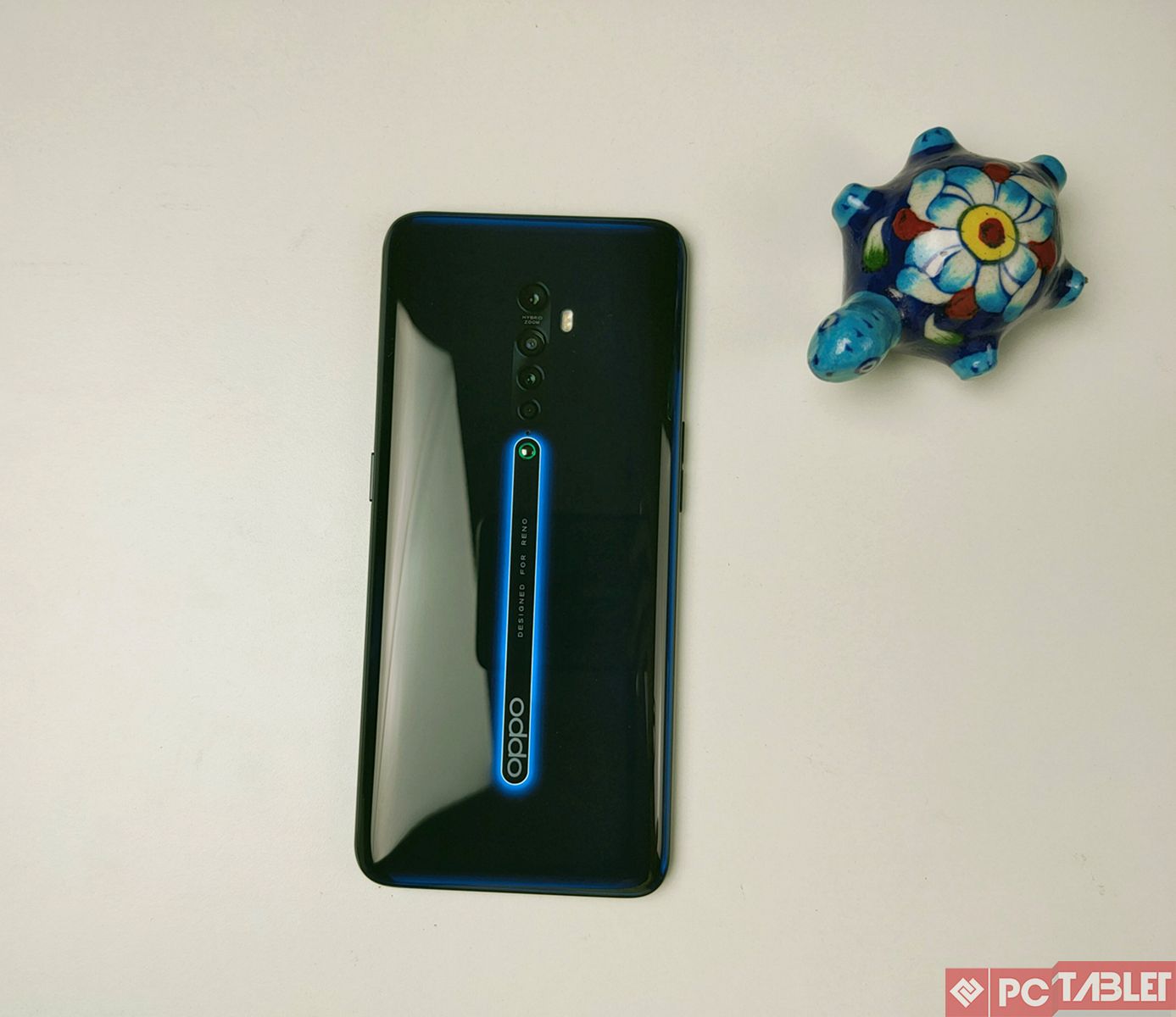 The phone is being offered in two colours — Ocean Blue and Luminous Black with the Ocean Blue having a gradient touch to it. The phone seems premium with the quality materials used. You have the same tried and tested, glass sand witch design which is strengthened with an aluminium frame in the centre. As far as button placement is concerned, the power button is on the right while the volume buttons are on the left. The 3.5mm headphone jack is placed at the bottom along with the loudspeaker, primary microphone, and USB Type-C port.

Coming to the back of the phone, you get to see the Quad-Camera module that the brand has been boasting about. All of the 4 cameras sit flush with the back glass panel and to avoid the lens being scratched up, Oppo has placed a nub on the back which is made out of tungsten and gets the job done.

The OPPO Reno 2 comes with a 6.55-inch display upfront. This is an AMOLED panel and hence comes with all the bells and whistles that you’d expect on an AMOLED display. As previously mentioned, Oppo has carried forward the same shark fin camera module to this smartphone as well with all the sensors and the front-facing camera tucked inside it. 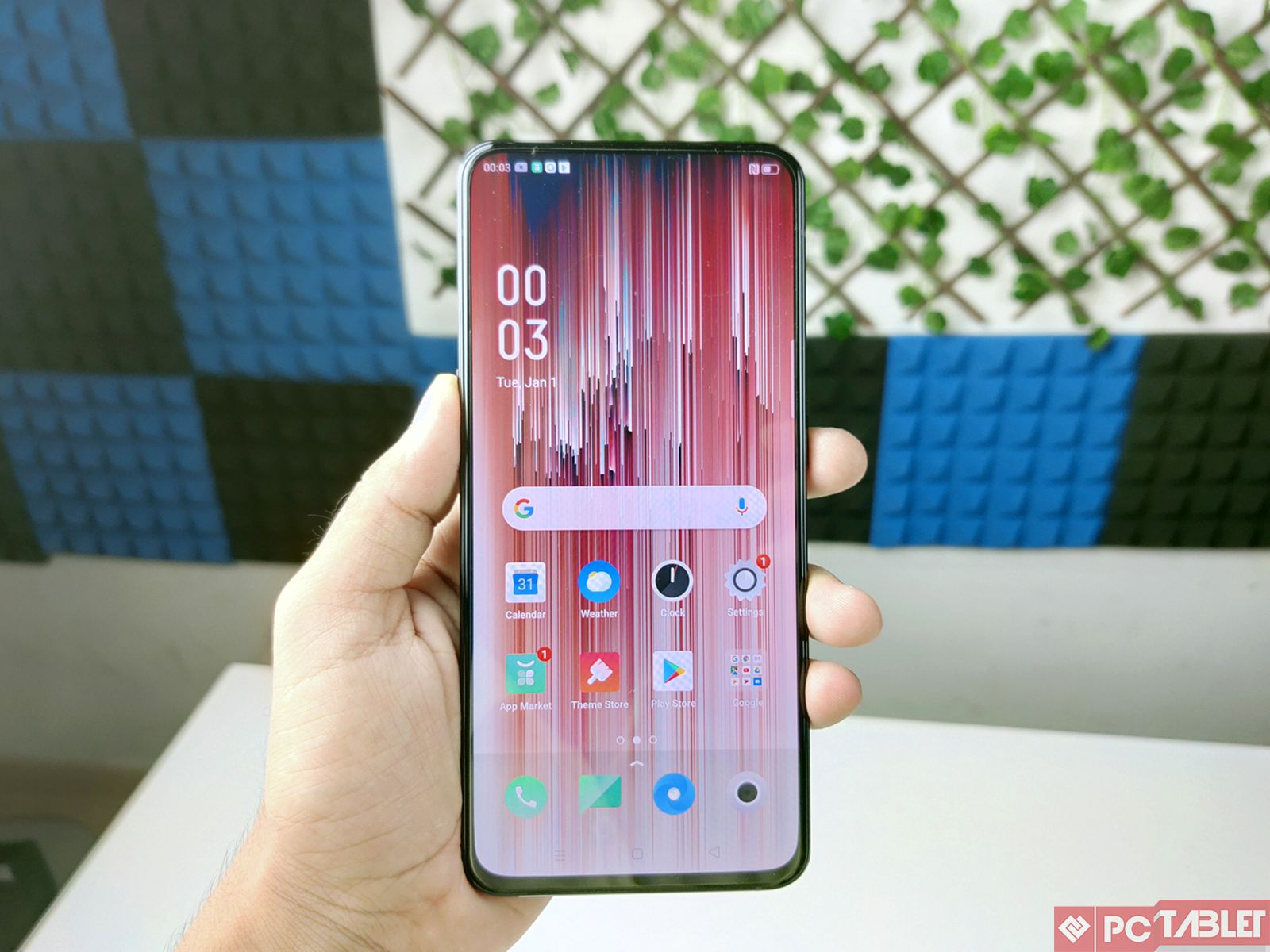 OPPO has done a great job of minimizing the overall bezels, which should be appreciated. This AMOLED panel is quite bright and crisp, with punchy, saturated colors. Like previous Reno phones, the display here also supports full DCI-P3 color gamut which we found to be accurate in our display tests. Outdoor legibility is good at best, the display isn’t that bright when compared to other flagship smartphones but gets the job done. Now with an AMOLED panel, you get the ability to add an in-display fingerprint sensor and that is what OPPO did.

The phone comes powered with the all-new Qualcomm Snapdragon 730G SoC, which is among the fastest mobile chipsets currently in the market. This new processor was mainly made for gaming but has since been used by manufacturers for their upper mid-range offerings as well. It has two Kryo 470 performance cores clocked at 2.2GHz and six Kryo 470 efficiency cores clocked at 1.8GHz.

Along with that, you get hardware like dual-band Wi-Fi, Bluetooth 5, NFC, dual-mode GPS. As the phone has a Hybrid SIM slot, you get the ability to add either two SIM cards or one SIM and a microSD card which can further expand the storage up to 1TB. 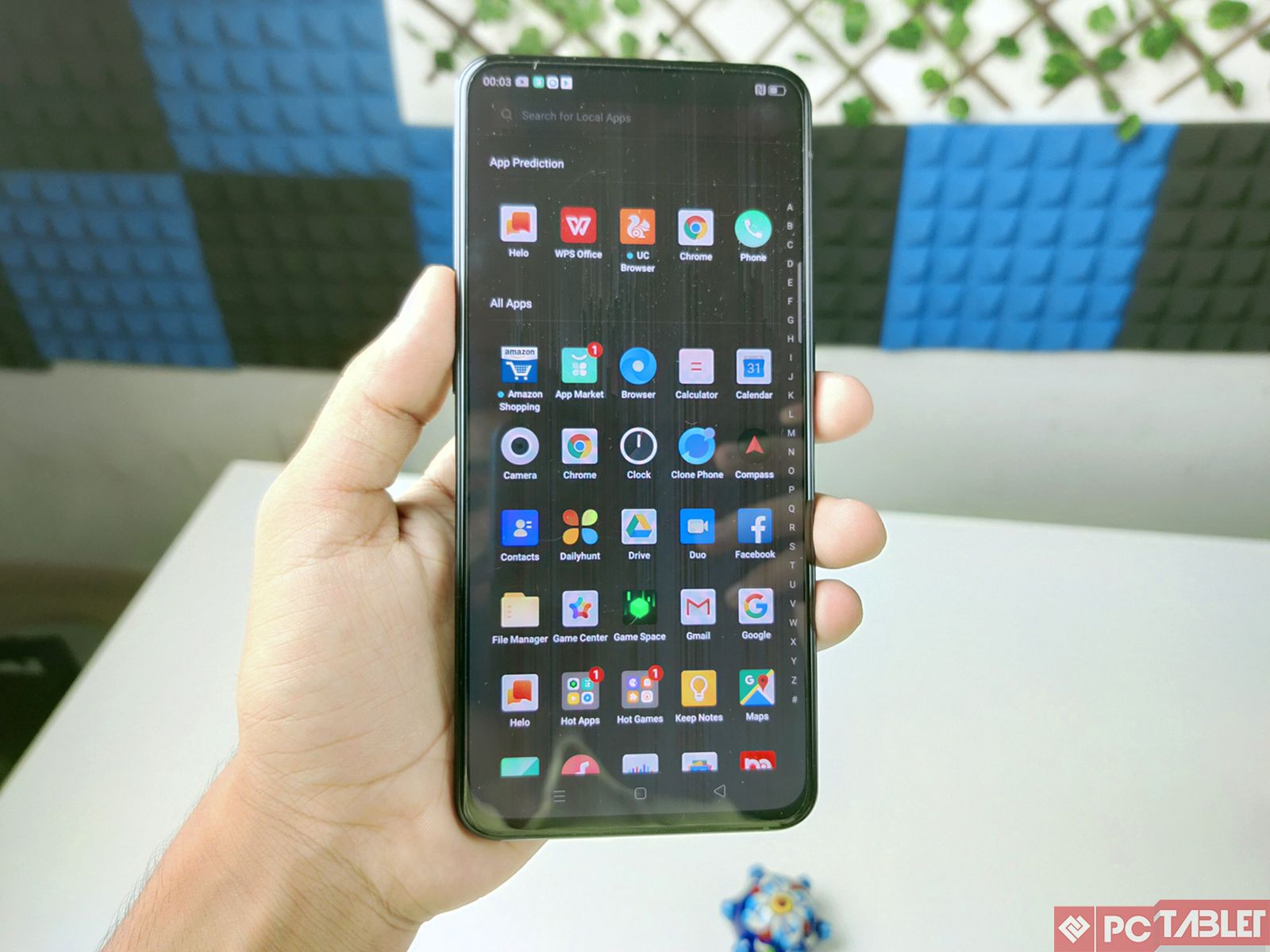 We are not a fan of benchmarks, but for those of you who are interested, the phone blows through all the major benchmarking apps. As for real-world tests, both PUBG Mobile and Asphalt 9: Legends ran at the highest settings and we didn’t notice a single frame drop. Switching between apps was a breeze thanks to the 8GB RAM which is more than enough.

Coming to the Software, the phone comes powered by the new ColorOS 6 out of the box with the Android 10 update due sometime in the coming months. With the ColorOS 6 based on Android 9 Pie, you now get an App drawer which can be revealed by a simple swipe on the home screen which is being seen on the Realme devices as well. 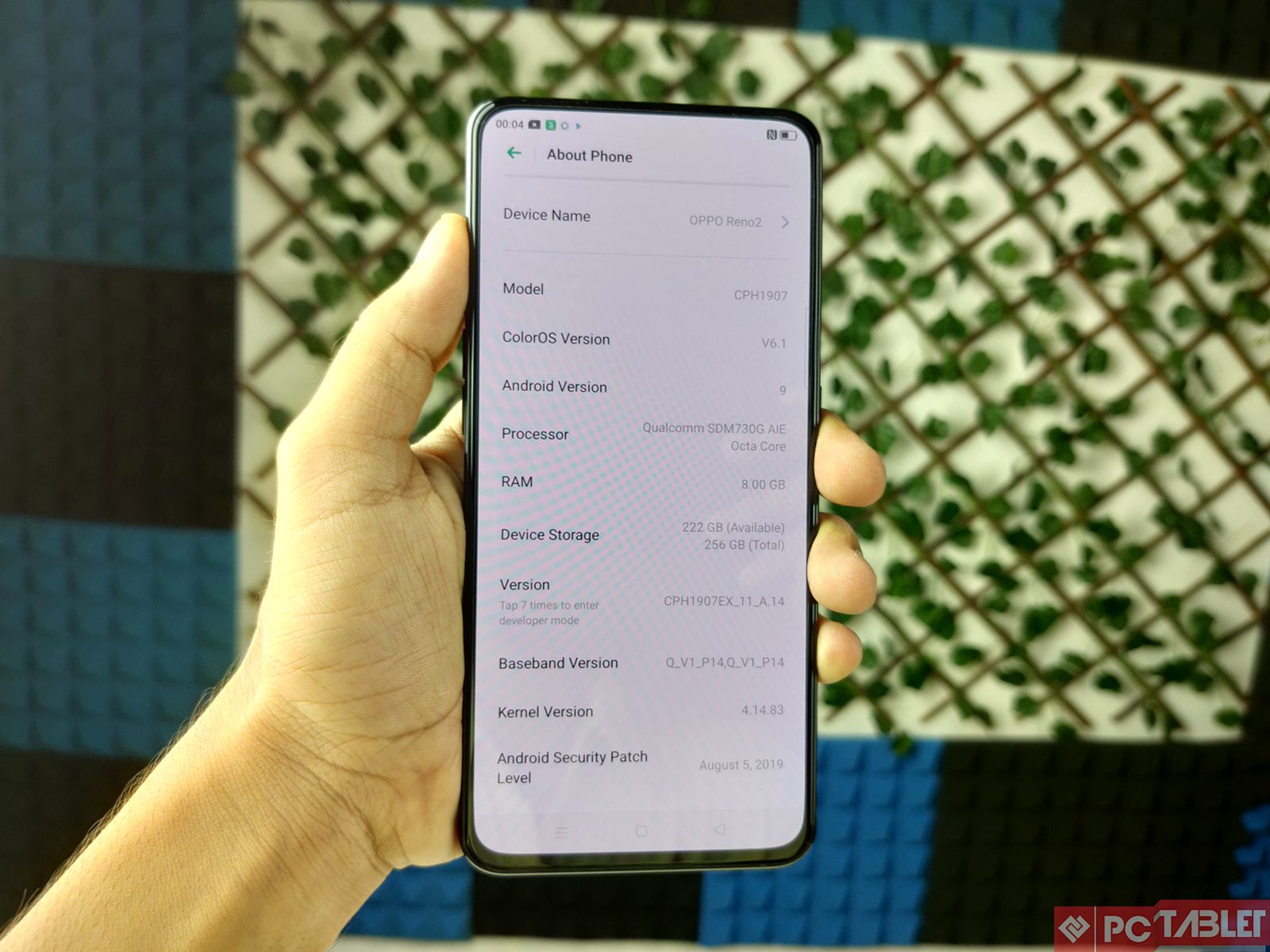 As with the case with the previous Oppo smartphones, there’s quite a bit of bloatware, including apps that you might never use. Thankfully, most of them can be uninstalled in the settings. Other preloaded apps include a few that duplicate Google’s core functionality, a Phone Manager, Facebook, UC Browser, NewsPoint, Dailyhunt, Paytm, Helo, Webnovel, and Amazon Shopping.

Overall, the UI is a highly skinned and customizable version of Android. Hence, if you’re someone like me who loves stock Android, then you’re definitely going to have a hard time getting used to the ColorOS.

The Reno series from Oppo is camera-centric, and the Reno 2 is built upon the same principle.  It has a quad-camera setup at the back consisting of a 48-megapixel primary sensor with 20x digital zoom along with optical as well as electronic image stabilization. There’s also a 13-megapixel telephoto camera and an 8-megapixel ultra-wide-angle camera. The fourth sensor on the Reno 2 is a 2-megapixel depth sensor.

The camera app has some touch-ups done to it. There is a new feature that the Reno 2 introduces called Sound Focus, which is similar to Samsung’s Zoom Mic found on the Galaxy Note 10. Photos taken with the Reno 2 in daylight had good detail, zooming in to an image reveals quite a lot of detail, which is always a plus. The main 48-megapixel camera got the exposures right almost all the time. Photos shot using the wide-angle sensor had lower levels of detail and a gradual shift in the colors. This is an issue that exists across all smartphones.

You get a bunch of modes ranging from Photo, Video, Portrait to Night, Pano, Expert, Timelapse, and Slo-mo. You also get a button to cycle between wide-angle, 1x, 2x, and 5x zoom levels. There is also the option to get 20x digital zoom but seems to of no use as the images lacked detail and motion blurs at times. 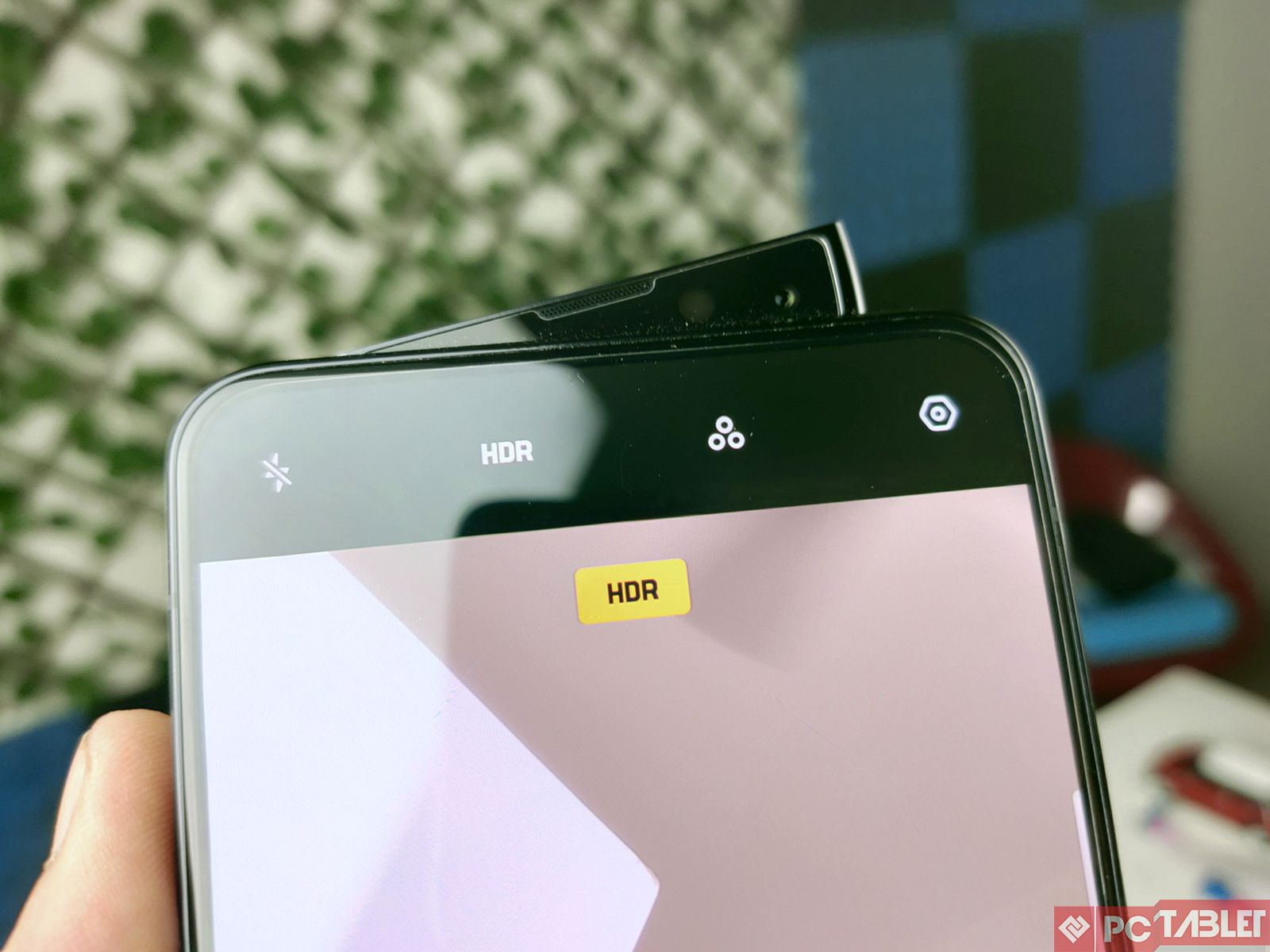 The shots taken in the portrait had very decent edge detection with a subtle background blur. The performance at night was also fairly good. The Night mode did brighten up some shots but is only suitable if both you and the subject are perfectly still, otherwise it could lead to some horrible motion-blurred shots. Video recording goes up to 4K with 30fps or 60fps which is standard today but we would recommend sticking to 1080p 60fps.

On the front, you get a 16-megapixel f/2.0 selfie shooter tucked away in the ‘Shark Fin’. Selfies were good overall in the daytime but blurry and noisy at night. As usual, you get a beautification mode which could make you look fake if not set correctly.

Coming to the battery, the phone comes packed with a 4,000mAh cell which lasted us a full day with moderate to high usage. People with light to moderate usage could easily hit a day and a half worth of use. OPPO’s 20W VOOC 3.0 fast charger took 10 mins to charge from 0-15% and approximately 1 hour 20 minutes to fully charge the phone. 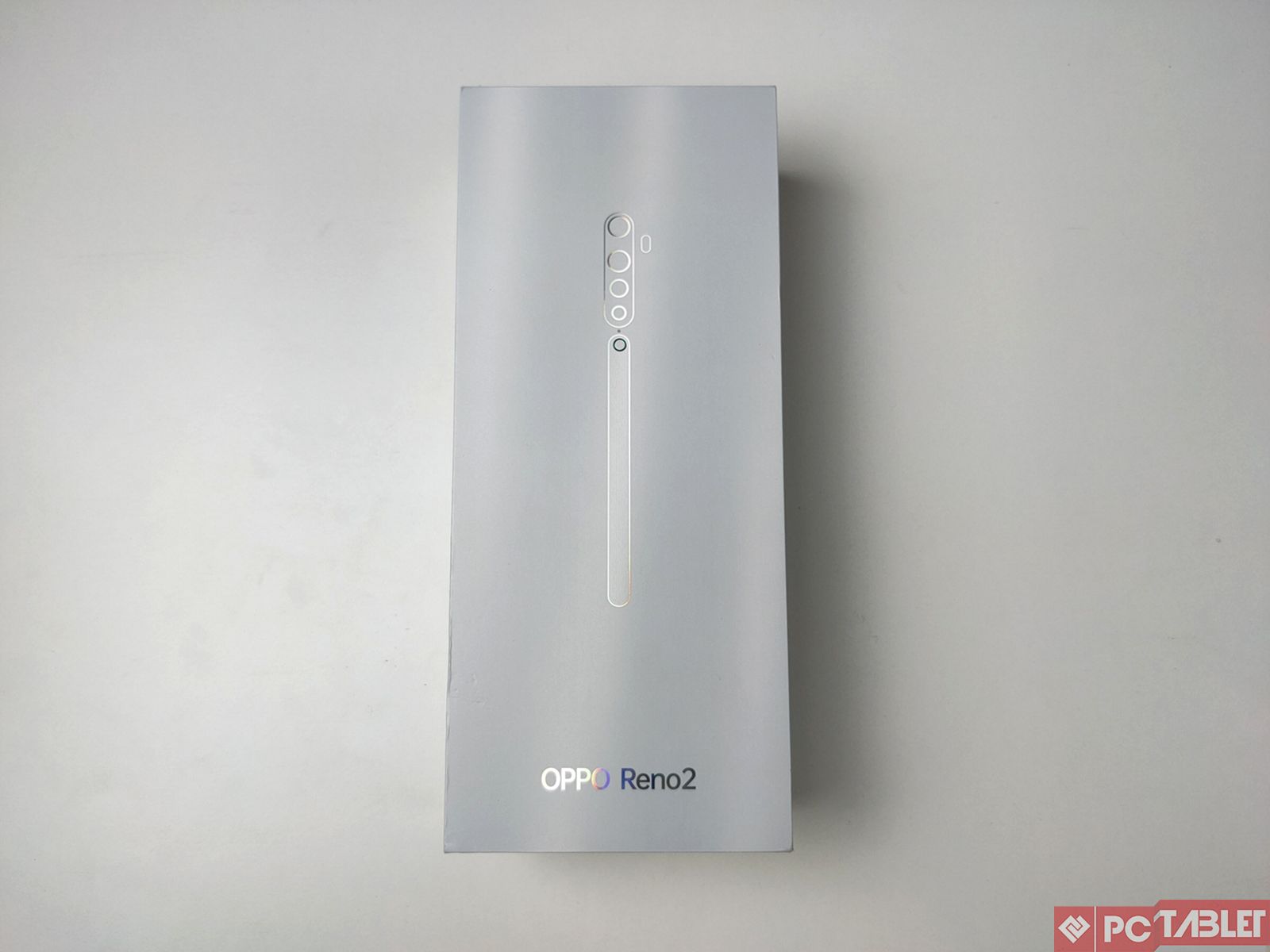 The Oppo feels like a matured version of the original Reno minus the crazy 10x zoom camera. It packs in more power thanks to the Qualcomm Snapdragon 730G SoC and is capable of performing your daily tasks with ease. The camera setup is versatile and offers something for all the users.

Priced at Rs. 36,990, Reno 2 faces tough competition from the likes of OnePlus 7 which is now to INR 29,900, the newly launched OnePlus 7T which comes in at INR 37,900 and the Redmi K20 Pro which is around INR 25,000 currently. When going head to head with these smartphones, the Reno 2 loses on some points and gains on others. For someone looking for a versatile camera experience, Reno 2 seems a good choice.

Motorola Razr vs Samsung Z Flip – Which one to buy?