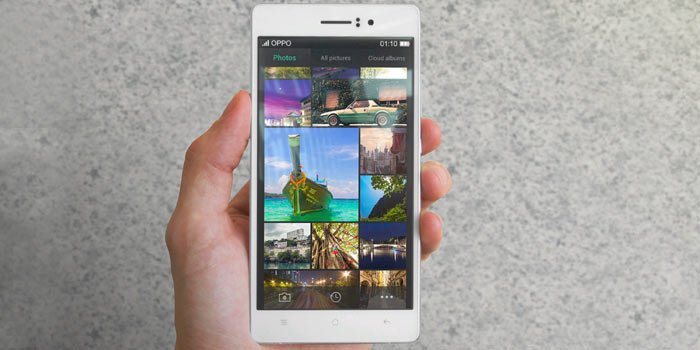 Oppo in India is going to start receiving pre-orders for its Oppo R5, the incredibly thin smartphone that has seen a lot of praise from the press in recent times. For Rs. 29,900, you can pre-order for an Oppo R5. However, the catch is, pre-order cannot be done online. Customers have to physically visit a store in order to place the pre-order for the device.

As irritating as it may sound, it’s unlikely that this requirement will have any impact on the sales of Oppo R5, which has received mostly positive reviews already. The phone features a 5.2-inch 1080p display and a 16 GB internal storage. To keep the phone thin, it lacks a 3.5mm headphone jack although it packs decent 2000 mAh battery to power it all.

One thing, which users may love about the phone’s battery, is its 5-minute Rapid Charge system. Oppo claims using this technology, users can plug in the device to a power outlet for just five minutes and the phone will be ready for another two hours of operation.

The pre-order for the device starts on January 15. The incredible thinness of Oppo R5 makes it the second thinnest smartphone in the world. The thinnest phone is Vivo X5 Max, but it’s also not available for purchase online.

You have to physically visit a brick-and-mortar store to buy it which now costs Rs. 32980. Apparently Oppo is following the same path as its R5 phones can only be pre-ordered physically.