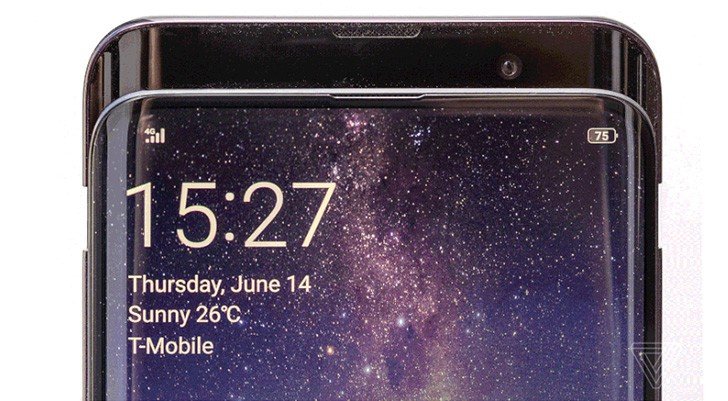 Oppo Find X was officially announced today at an event in Paris. The handset is a perfect blend of high-end hardware coupled with a top-notch design as it marks the revival of Oppo’s flagship Find series.

For starters, the Chinese manufacturer’s latest flagship boasts a screen-to-body ratio of 93.8 percent. Therefore, bezels nearly impossible to see on the Oppo Find X which makes it a truly bezel-free smartphone. In comparison, the Vivo Nex gets a 91.24 percent screen to body ratio , while the iPhone X and Galaxy S9 are far behind with a screen to body ratio of 82.9 percent and 83.6 percent respectively. Hence, it turns out that Oppo is one leading the market in terms of fitting bigger screens into a compact body.

Besides its trendy design, the Oppo Find X also comes loaded with flagship-grade hardware and features. The device packs a 6.4-inch OLED display with Corning Gorilla Glass 5 and boasts a resolution of 2340×1080 pixels. Under the hood, the device gets powered by the latest Snapdragon 845 processor bundled with a whopping 8GB of RAM. As for storage, the Oppo Find X is offered in a choice 256GB and 512GB storage variants.

In the photography department, the handset packs a 16MP+20MP dual camera setup on the back. For selfies, there’s a 25MP front-facing shooter. Both cameras are AI assisted and helps while clicking portrait photos or while adding beautification effects to selfies. There’s also support for AR stickers as well as 3D emojis.

As far as OS goes, the device ships with Android 8.0 Oreo out-of-the-box layered with Oppo’s Color OS 5.1 UI. And making sure you don’t run out of fuel is a relatively chunky 3730mAh battery with support for Super VOOC charging technology. Oppo claims this fast-charging technology allows the battery to be charged from 0-100 percent in just 35 minutes. The company also claims that five minutes of charging offers up to two hours of talk-time on the Oppo Find X.

In terms of connectivity, the Oppo Find X offers dual-SIM card slots, global LTE, and USB Type C port. There’s no 3.5mm audio jack on the device as there’s only a USB Type C port for listening to audio. There’s no fingerprint sensor as well, as the phone comes equipped 3D facial scanner which is housed within the pop-up camera mechanism.

Oppo is expected to announce specific pricing information for different regions across the globe soon, and we will update this article when it’s available. Sources for now indicate that the handset goes on sale in Italy, Spain, Netherlands, and France for €999 (Rs. 78,800 approx.) in August. The Oppo Find X will be available to order in China starting today. It’s also worth noting that Oppo has sent out media invites for an event in India on July 12, where it’ll likely introduce the handset for the Indian market.