OPPO announced the F9 and F9 Pro in the Indian market at the same time but the latter took all the attention. The OPPO F9 is a similar smartphone as that of the F9 Pro but with some omissions. F9 drops the VOOC charge comes with 4GB RAM and brings down the selfie camera from 25-megapixel to 16-megapixels. Other than these changes, there are no cosmetic changes done to the product.

We have been using the F9 for quite a while and here’s our review.

The box design is similar to what we have seen in the past with other OPPO products. There is the OPPO F9 branding on top. As soon as you lift the top part, you are greeted by the smartphone. Underneath lie the documentation and the supplied accessories. 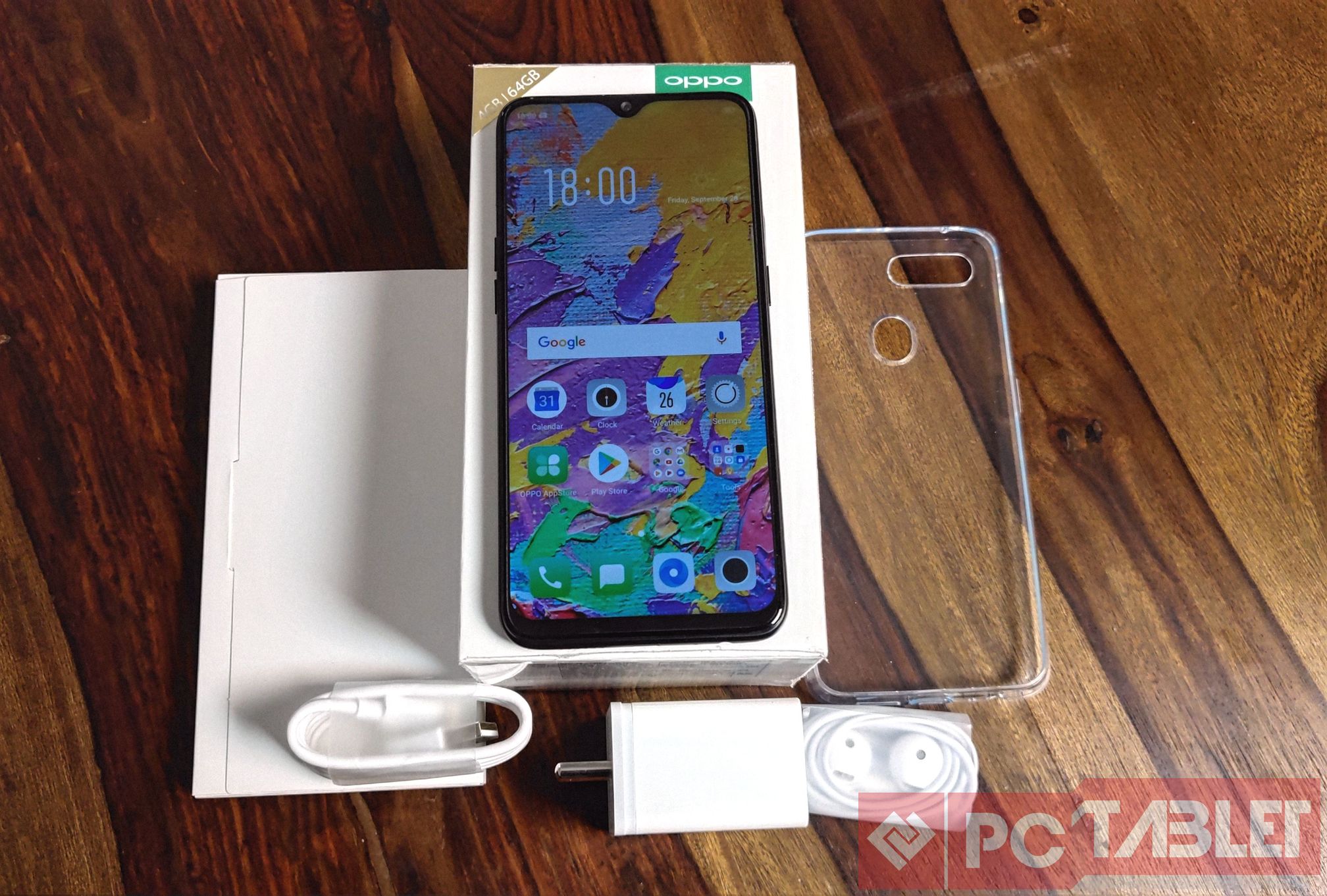 While the F9 Pro comes in a flashy diamond-like pattern on the back, the F9 seems a little muted in comparison. The phone comes with a gradient color back, which is covered by Acrylic and on the first glance might fool some for glass. The dual rear camera shooters are placed horizontally on the left side and are assisted with the flash. The front of the phone is all covered with the massive 6.3-inch display with that water drop notch. 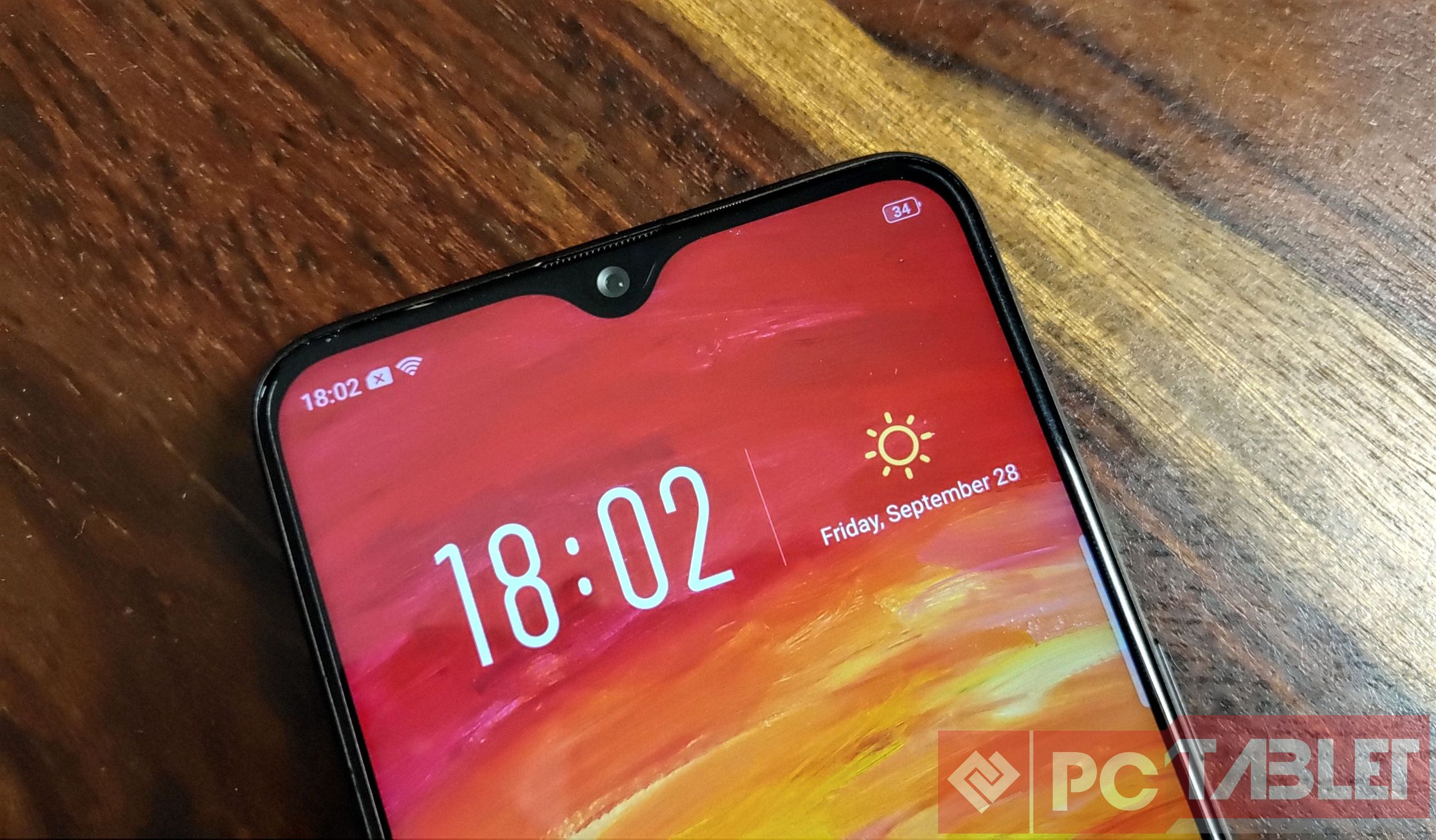 The earpiece and the sensors are all tucked away neatly above the notch, while the 16-megapixel selfie shooter is placed inside the notch. The power button is on the right, the volume buttons are on the left, and the oval fingerprint scanner is on the rear. The bottom of the phone houses the 3.5mm audio jack, speaker grill, and the micro USB charging port. The SIM tray is on the left of the device and has two Nano-SIM slots and a dedicated microSD card slot.

It is perhaps the most attention-grabbing feature of the F9. The F9 siblings both feature the newer style notch which increases the screen to body ratio by a bit. To satisfy most users needs, OPPO has added a 6.3-inch IPS LCD display here with an FHD+ resolution. The display gets fairly bright so outdoor visibility will not be an issue. OPPO has gone with a good quality panel and it produces deeper blacks but there is a slight difference in the color balance. 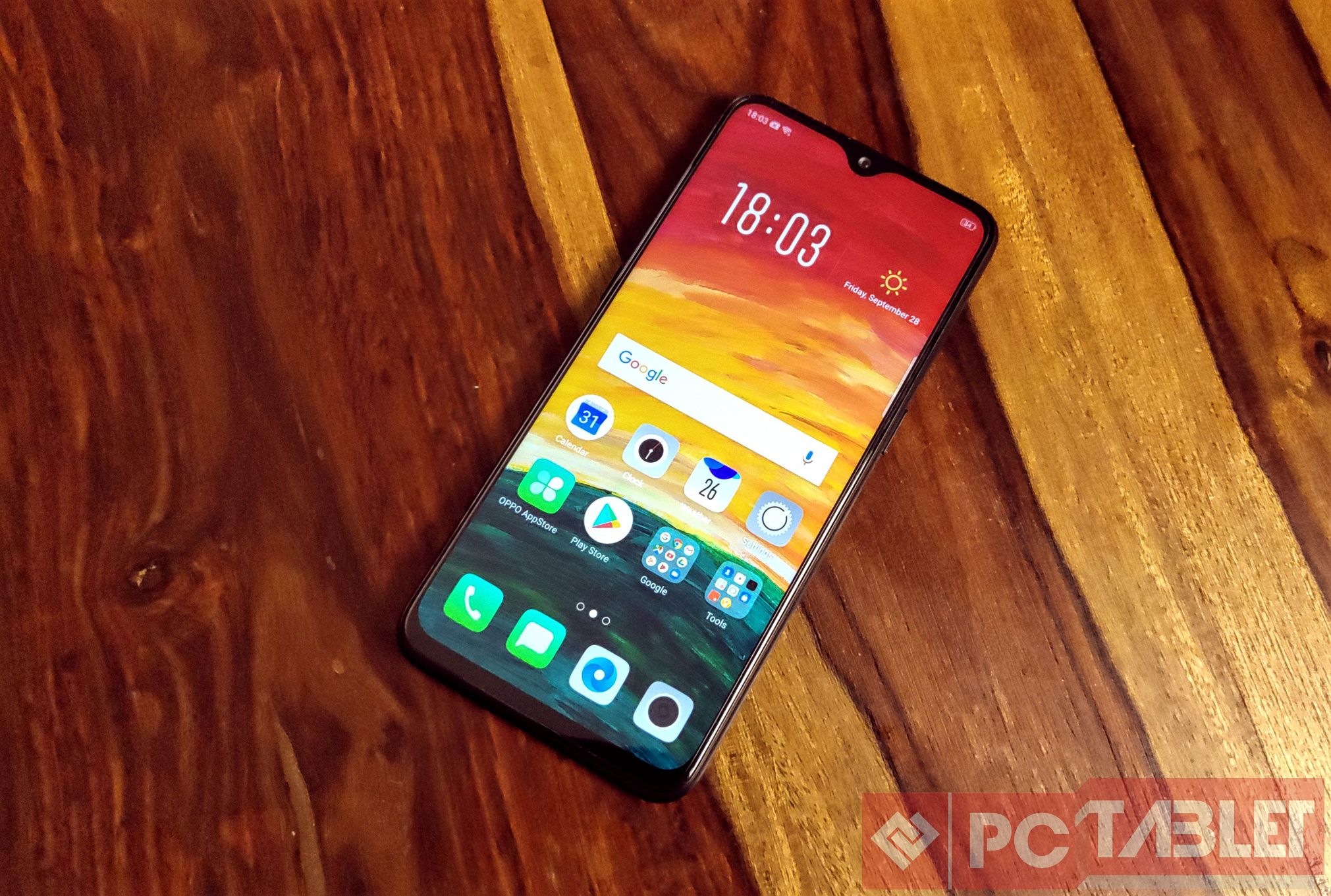 This color balance can be corrected by tweaking the display settings. OPPO F9 is among the first batch of smartphones sporting the newest Gorilla Glass 6, so drops and starches won’t be an issue.

The Oppo F9 runs on ColorOS 5.2, based on Android 8.1 Oreo. OPPO has toned down the ColorOS and it doesn’t feel that bloated but at the same time it’s not that stock either. Like most manufacturers right now, OPPO has also emphasized on AI a lot. They have integrated AI into all aspect of skin on top. The AI builds on-device user behavior models for faster app startups and better resource management. This is all done with the help of the NPU added in the Helio P60.

Apart from this then there’s Face Unlock which is a bit faster due to the use of AI. A quick shortcut panel on the home screen which houses the most used apps. Full-screen navigation gestures are present here as well and can be tweaked as per the user needs. Just like many other custom skins, ColorOS also provides the capability to tweak the UI using the theme manager. 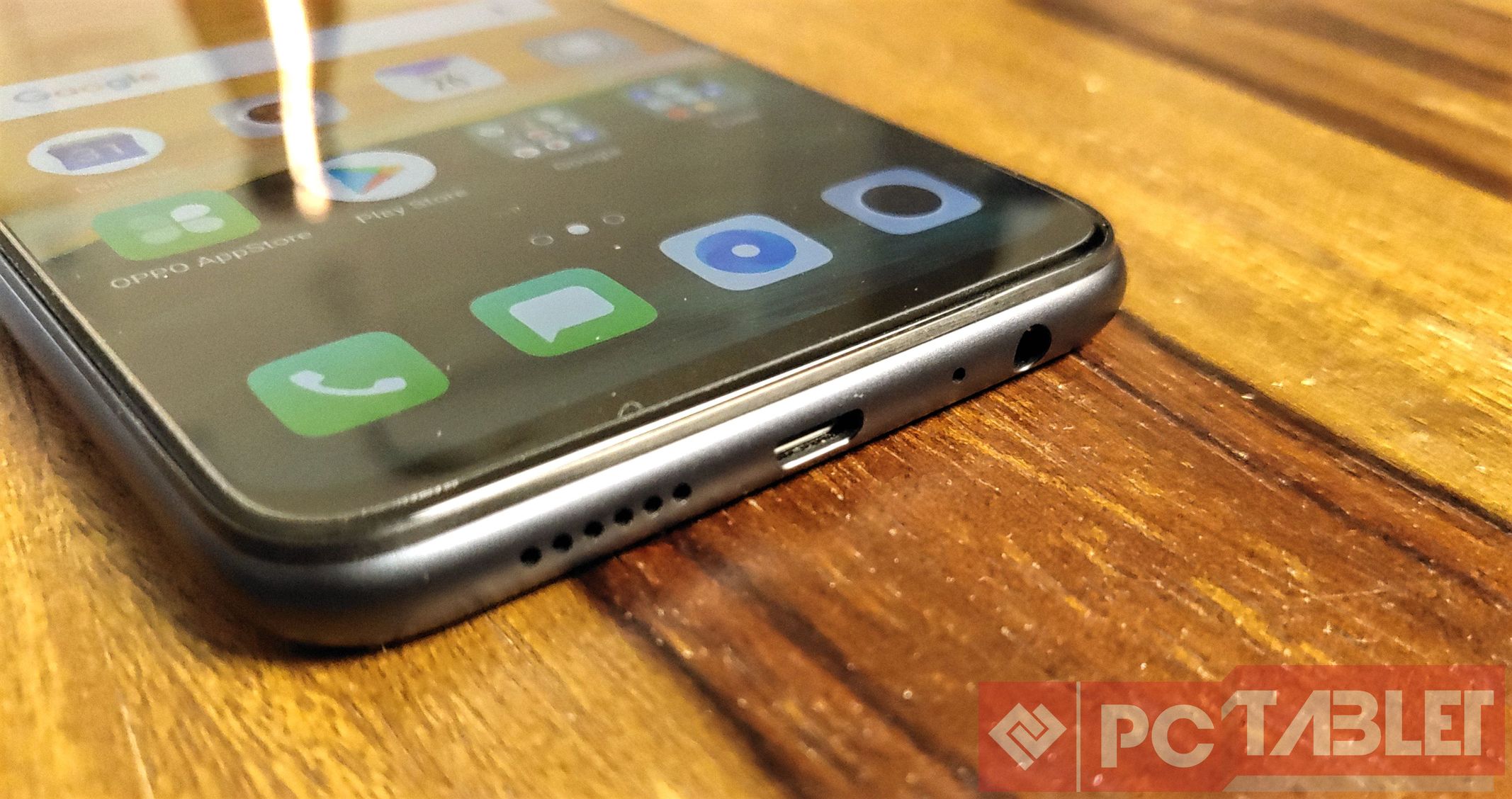 This time around there’s a smart assistant as well which can be assessed by swiping right on the home screen and contains most used app shortcuts, weather info and much more. There are a bunch of pre-installed apps and thankfully most of them can be removed.

Coming to the performance, the OPPO F9 is powered by MediaTek’s Helio P60 Soc which is a very capable chipset and has already been used in a number of budget and mid-range smartphones this year. We ran all kinds of games on this smartphone and didn’t notice any lag or frame drop whatsoever. With our close to an Hour gaming session, the phone did heat up a bit, with a noticeable 20% drop in the battery.

Talking about camera, Oppo has gone with a 16-megapixel primary sensor with a 2-megapixel depth sensor at the back, and a 16-megapixel selfie camera at the front. The camera app comes packed with AI feature just many other smartphones these days. Other than this, modes like Portrait, Sticker, Pano, Timelapse, Slo-mo, and Expert are also present.

Under good lighting condition, the phone is capable of taking some quality shots. The phone is quick to focus and you will especially enjoy taking the macro shots. Portrait works as expected, with images having decent edge detection and background blur. It is during low light, the camera tends to underperform. Now, this is to be expected from smartphones at this price segment. 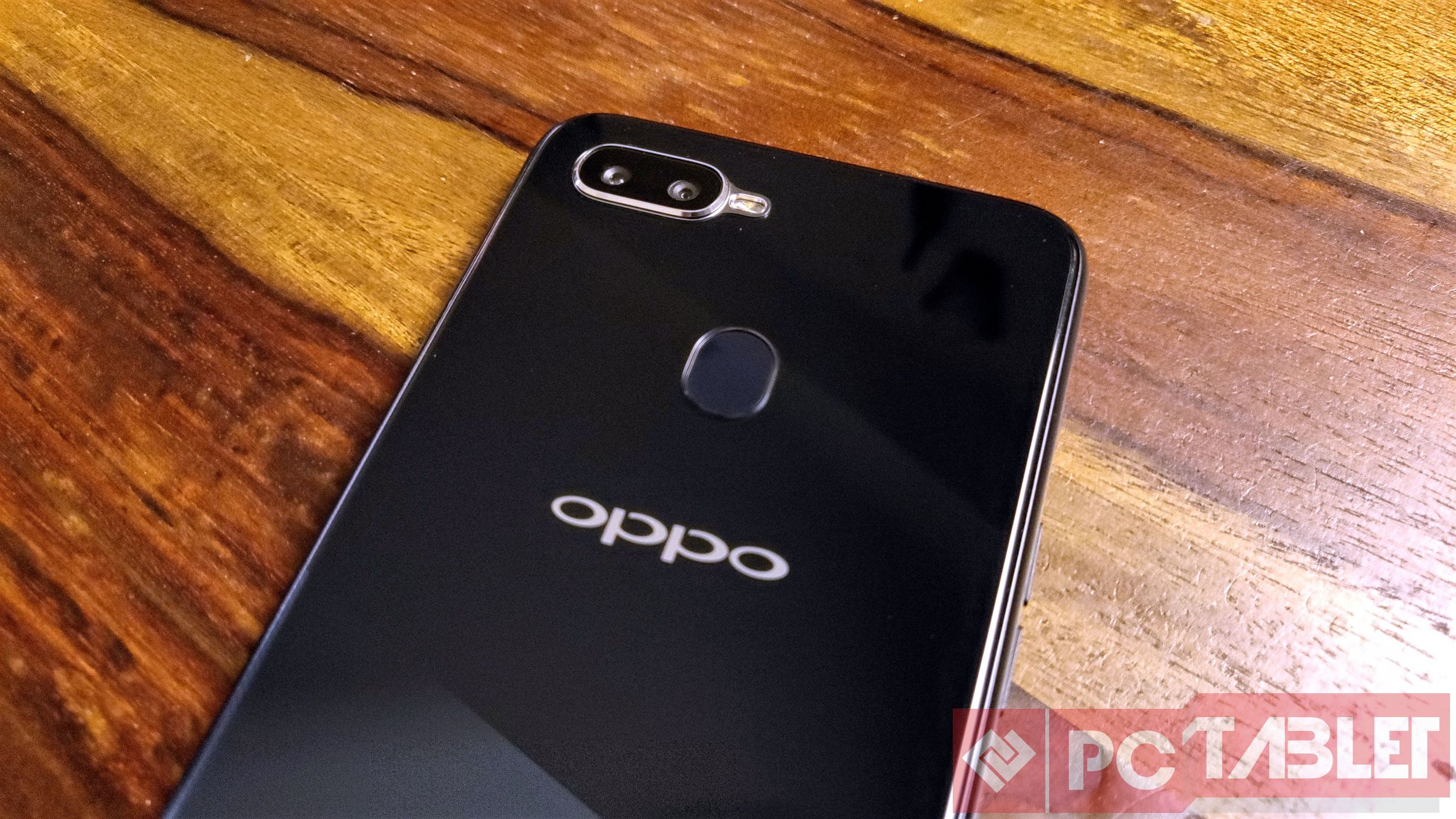 On the front, the phone comes packed with a 16-megapixel selfie shooter with AI beautification enabled. Video recording maxes out at 1080p for both the front and the back camera, and OPPO has added EIS to the mix.

OPPO has added a 3500 mAh battery which in our tests lasted easily a full day. Unlike the F9 Pro, the F9 misses on the VooC fast charging, which will be felt by some users. The battery takes close to 2 hrs and 30 mins to fully charge. 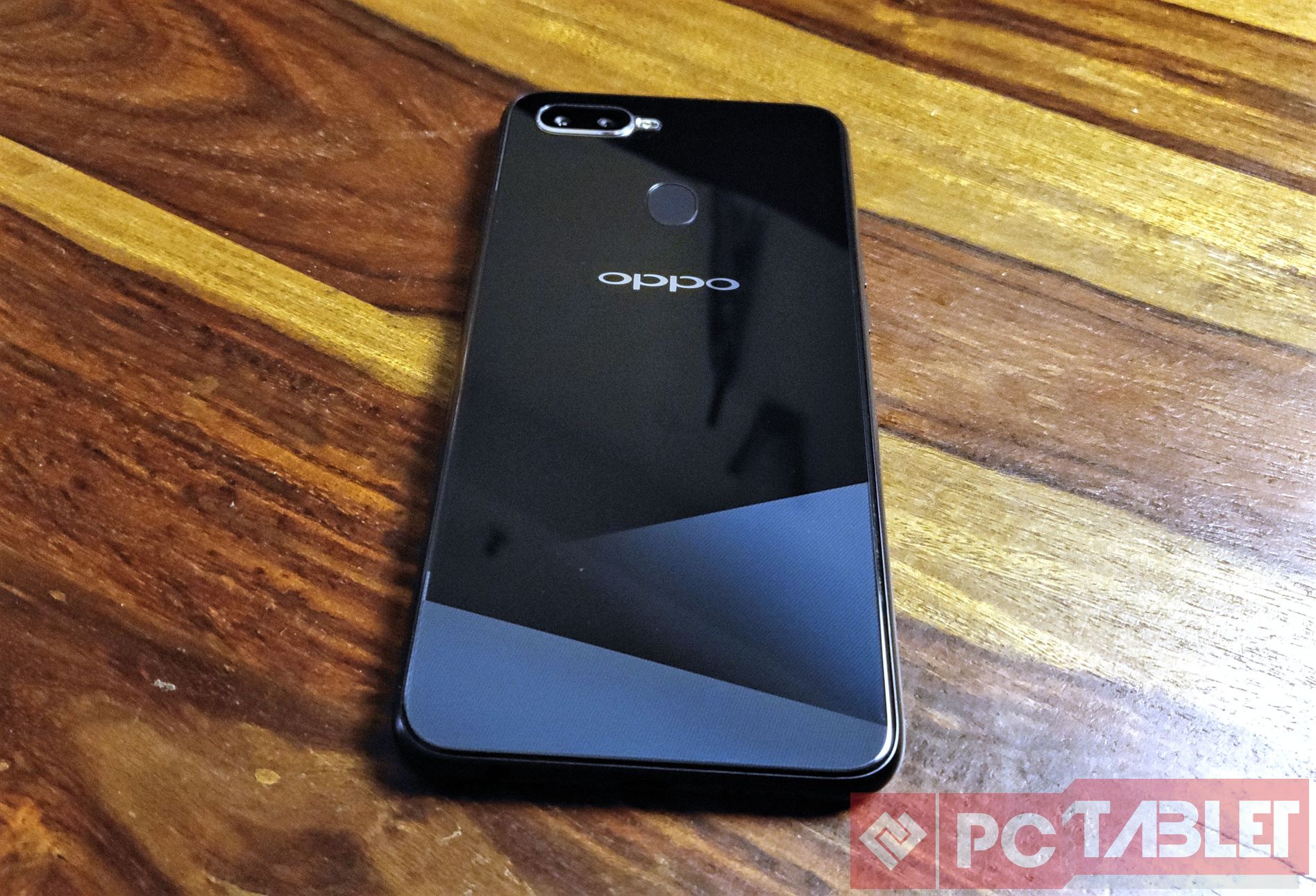 OPPO F9 is a smartphone that provides you a good-looking build, decent cameras, and an overall good performance. So, if your priority lies in any of the above-mentioned points then this smartphone is definitely for you.