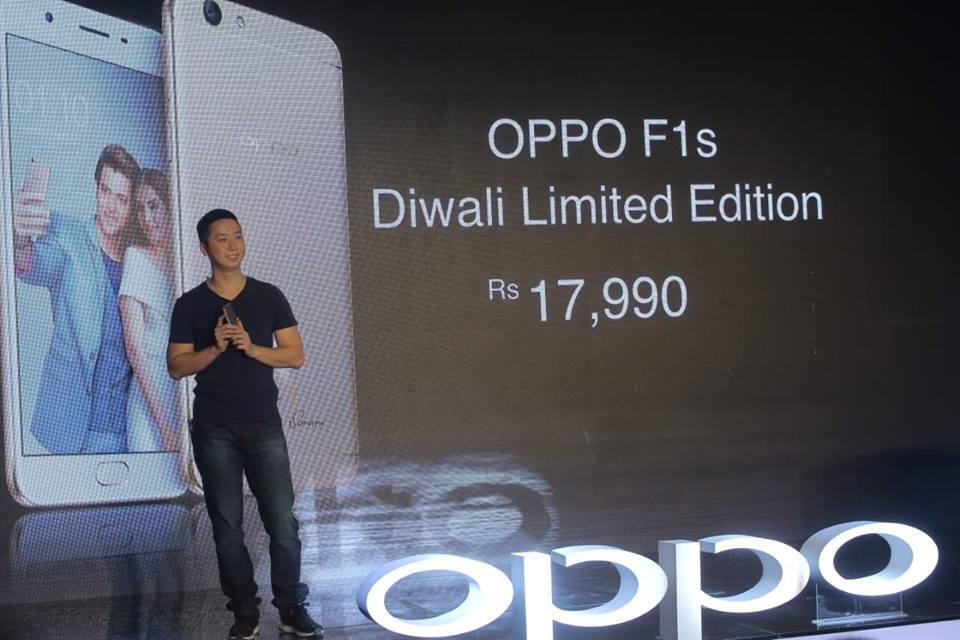 You can pre-order the special edition Oppo F1s from October 8 to 13 exclusively through Oppo concept stores across India.

On the online segment, the company has established a partnership with Snapdeal. You will be able to grab the new edition to your cart on October 14 via Snapdeal.

With a 3075mAh battery, the Oppo F1s Diwali Limited Edition also features a fingerprint sensor, which is capable of unlocking the handset in just 0.22 seconds.

The main attraction of Oppo F1s Diwali Limited Edition is the integration of 16-megapixel front-facing snapper with 5P lens and f/2.0 aperture. The rear camera features a 13-megapixel snapper with LED Flash, PDAF, and f/2.2 aperture.

With a weight of 160 grams, the Oppo F1s Diwali Limited Edition bears a thickness of 7.38mm. Earlier, Oppo had released a special edition of Oppo handsets during IPS season.