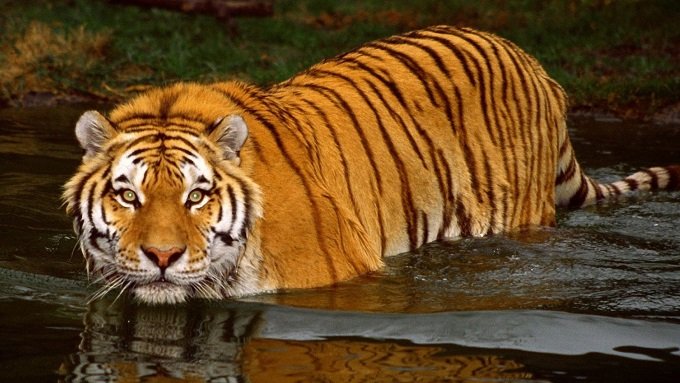 July 31, 2015: A recent census in Bangladesh has shown that Bengal tigers in the wild are on the verge of getting extinct, as the numbers are much less than what was previously believed.

The new census shows only 106 tigers are living in the wild.

Wild Bengal tigers are already endangered, and if the current census numbers are to be believed, things don’t seem to be good for the big cat.

Previously, approximately 440 Bengal tigers were known to be living in Sundarbans, which is the largest mangrove forest in the world and is split between Bangladesh and India.

Sundarbans has been home to the largest tiger population, and around 60% of the area is in Bangladesh. The new Census comes as a matter of concern for conversationalists, who previously believed that there are higher counts of the wild Bengal tigers.

Zoology professor of Jahangirnagar University, Monirul Khan, said to The Guardian that the population has declined more than what was feared.

A Bangladesh wildlife conservator confirmed that 106 was a more accurate figure of the number of tigers in Bangladesh.

Unlike in the past, when footprint analysis and pugmarks were used to identify and count tigers, now hidden cameras have been used in the new census, which is way more accurate way.

Several factors may be attributing to the decline of the large cat, such as climate change, rising sea levels.

Reports suggest that Bangladesh doesn’t protect tigers legally as many other countries, and hence, Conservationists are demanding for more steps, including better enforcement of anti-poaching laws.