Home News OnePlus to roll out updates to fix rebooting issues when dialling 911... 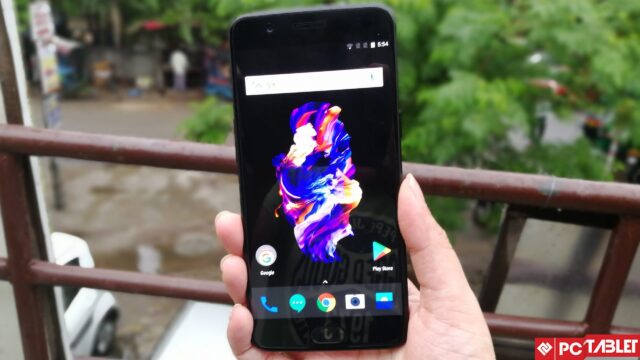 After coming across multiple reports claiming that some OnePlus 5 units are instantly restarting while dialing 911, the Chinese conglomerate OnePlus has officially confirmed about the testing of a new software update to fix the issues. Thursday, OnePlus has released an official statement, where it has mentioned that a software update that will fix the problem of rebooting while calling 911 is underway and soon will hit OnePlus five handsets globally.

Since past few days, there have been multiple reports that the OnePlus five is unexpectedly rebooting if you try to call 911 as well as some other emergency numbers like 112 in Europe and 999 in the UK. A video clip based on the authentication of the claim has also been uploaded on Facebook. In addition to this, several people across the world have complained in the Reddit thread (source link) for confirming that OnePlus five reboots when dialing an emergency number. 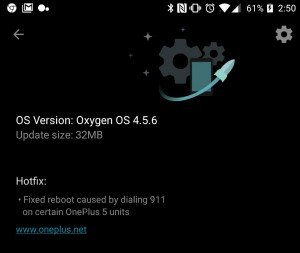 Obviously, it is a huge issue, as the bug is preventing people from calling emergency contacts.However, after receiving myriads of complaints regarding this big issue, the Chinese Multinational has published a press release, confirming that the glitch is currently being addressed and soon OnePlus five users will start receiving software updates.

In an official statement given to Android Authority by OnePlus via an email, the company highlights: “We have constantly been in touch with users and currently are testing a software update for addressing and resolving the issues. Soon the software update on OnePlus 5 phones will be rolled out.” As OnePlus confirmed in its official forum earlier today, the firm will be rolling out an update for OxygenOS 4.5.6 hot fix OTA was announced for addressing the issue of 911 reboot problem, and within next few days, it will hit entire range of OnePlus five devices.

A screenshot, showcasing an update to OxygenOS 4.5.6 is also surfing the internet, and as we can see, the new incremental update of the software is designed to apply a hotfix to resolve the issue above. The update for OxygenOS 4.5.6 will be arriving over-the-air as only a 32MB download, and OnePlus has advised users o download it as soon as possible.

Though the bug is not affecting the entire range of OnePlus devices, and most of OnePlus 5 users have yet not encountered the issue yet, it’s is a big problem for both users and the Chinese Firm itself. Thankfully, OnePlus addressed the issues quickly and is planning to set out OTA soon. To check the update for their OnePlus five devices, users can go Settings> System Updates and find a notification for the update.