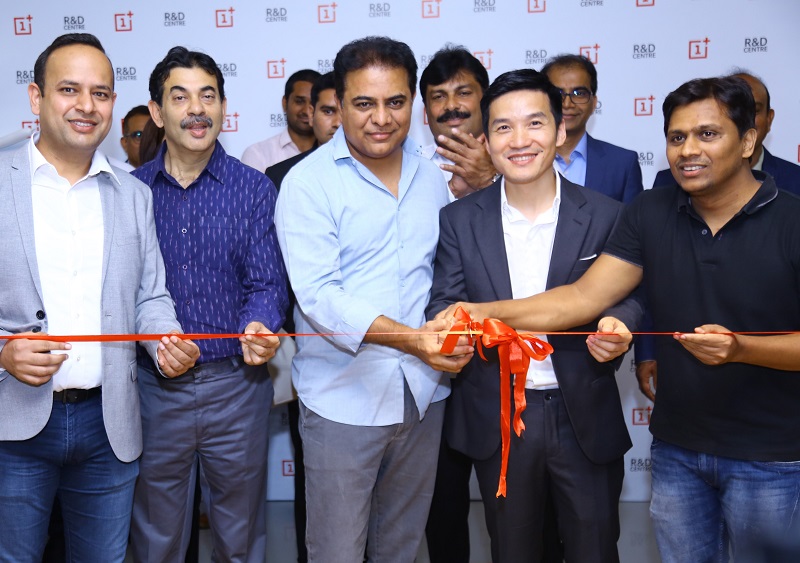 OnePlus to invest INR 1,000 crore in the facility over the next three years

OnePlus on Monday announced the opening of its first R&D centre in India. The Chinese smartphone plans to invest INR 1,000 crore in their facility in Hyderabad over the next three years, making it the company’s biggest R&D facility in the world. Former Minister of Telangana, Mr. K. T. Rama Rao and Mr. Jayesh Ranjan IAS, Principal Secretary for IT and Industries today inaugurated the OnePlus’ first R&D centre in India at the Vamsiram’s IT Park at the Wipro Circle in Nanakramguda.

“In three years, we plan to grow the new R&D centre in Hyderabad into our biggest globally. We plan to re-focus our R&D efforts on a large scale and drive innovations in India for the global product, especially on the software side with special emphasis on Artificial Intelligence, 5G and IoT,” said Pete Lau, Founder and CEO, OnePlus while discussing the company’s plans in India.

The OnePlus R&D center in Hyderabad will house three labs. These include the automation lab, communications and networking lab, as well as the camera lab. The facility’s primary focus is on five areas which include network, global carrier customisation, OxygenOS native apps, global product development, software innovation, as well as testing.

As far as software network goes, the center will specifically work on the development of India-specific OxygenOS features. These include OnePlus applications, design and development, along with 5G enablement across regions in India, UK, and EU.

Elsewhere, the centre also plans to give opportunities to fresh talent, with OnePlus’s ongoing campus hiring programme at several top institutes in India which include the likes of IIT-Delhi as well as IIT-Mumbai.