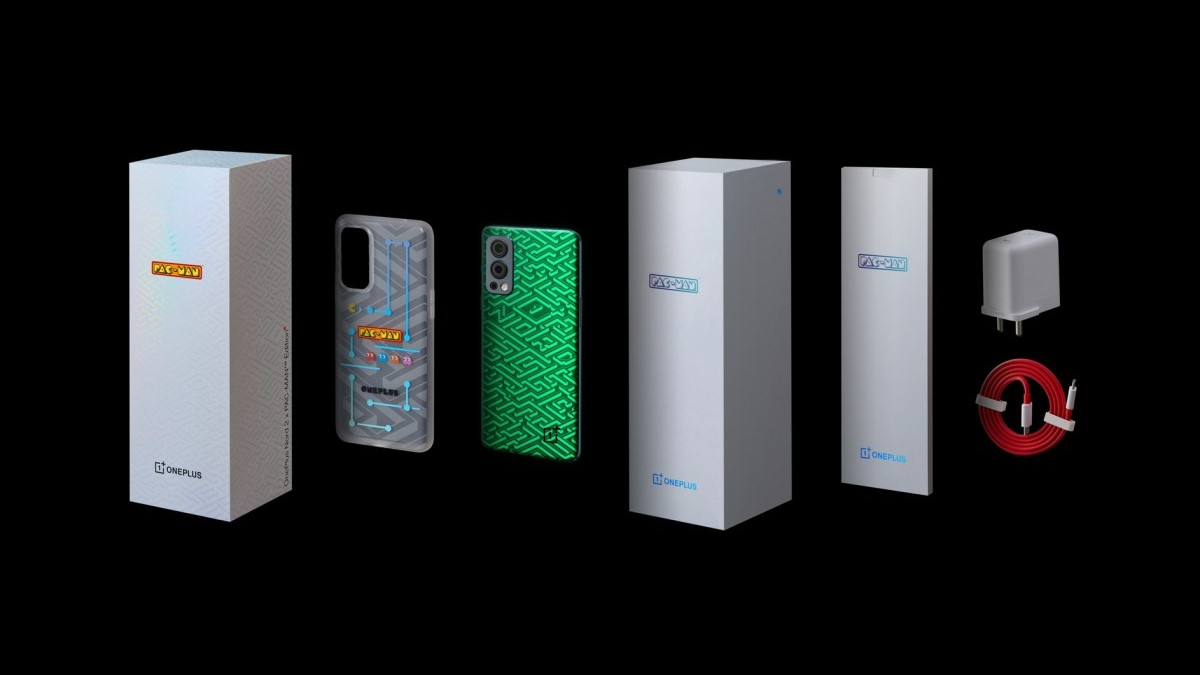 The OnePlus Nord 2 PAC-MAN Edition may have already been announced by OnePlus though it is only now that we have the first clear glimpse of what the phone is going to be like in the real world. As revealed by tipster Sudhanshu Ambhore, the Nord 2 PAC-MAN Edition is seen to come with a white-silver glossy finish on the rear. Plus, there is also the PAC-MAN logo to be seen placed beneath the camera module along the top left corner. Now, while the PAC-MAN logo glows in neon colour in the dark, the rest of the rear panel features a lot of dots which symbolizes the ones that the PAC-MAN character consumes. Plus, there is also the OnePlus X PAC-MAN logo inscribed along the curved edge on the left of the camera module.

Apart from this, the tipster also revealed the retail packaging of the special edition phone. The box, as is evident from the leaked shots, is quite tall and comes with the PAC-MAN and OnePlus branding on the top. There is no mention of what the box contains, like what special stuff that the box holds and so on.

Meanwhile, there is no word yet as to what the special edition phone’s specifications are going to be like. Rumour mills however claim the OnePlus X PAC-MAN Edition phone will come powered by the Qualcomm Snapdragon 778G SoC. Also, there is going to be a triple camera arrangement at the rear. That includes a 50MP Sony IMX766 sensor with f/1.88 aperture and OIS which acts as the primary sensor. Then there also is the 8 MP ultra-wide-angle lens with f/2.25 aperture and EIS along with a 2 MP mono sensor. At the front, there is the 32 MP shooter for selfie shots and video chats.

The OnePlus Nord 2 meanwhile will feature a MediaTek Dimensity 1200-AI SoC and ARM G77 MC9 GPU coupled to 12 GB of LPDDR4X RAM and 256 GB of ROM on the top model. The phone will run a version of Oxygen OS based on Android 11. The phone will come with a 4,500 mAh battery backed by a 65 W fast charger. Other features that the Nord 2 will come with include an in-display fingerprint sensor, noise cancellation, dual stereo speakers, X-axis linear motor among others. Connectivity options onboard include 5G, 4G LTE, Wi-Fi, Bluetooth 5.2, NFC, GPS, GLONASS, and USB Type-C port.

The OnePlus Nord 2 PAC-MAN Edition is going to cost Rs. 37,999 when it is launched in India. However, no specific launch date has been revealed as yet though that is expected to happen soon.