Home News OnePlus 5 releasing on 22nd in India: Specs, Features, and Price you... 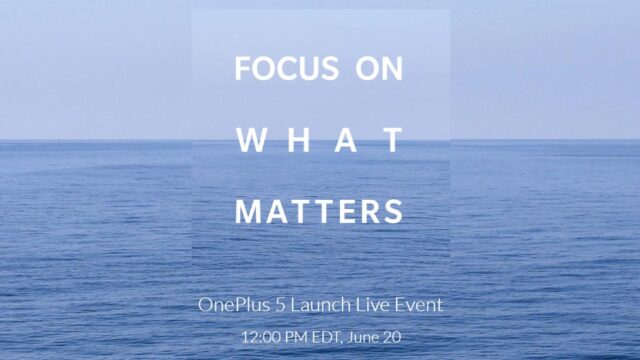 We are a few days away from the OnePlus 5 launch and we have seen lots of leaks and rumors about it. Lots of fictitious renders and rumors are there but we are not focusing on them because there are lots more other rumors which seem to be true by now. So, here we are listing all the rumors and features which you will definitely find in OnePlus 5, Warning Spoilers ahead!

There is one picture leaked about the Oneplus 5 launch event invites, the invite came with a OnePlus 5 case which has a perfect opening to hold a dual camera and a flash. Rumors says that OnePlus 5 will come with a 16MP + 20MP setup which seems to be true at some point because OnePlus always choose the top features for its flagship.

The Processor and RAM

So, Qualcomm Snapdragon 535 is here and some of the flagship smartphones have already come with it, like Mi6 and Samsung Galaxy S8. By keeping the tradition, OnePlus is going to use the best processor available in the market. And as you all know that 6 GB RAM is a thing of the past so OnePlus 5 should be coming with two variants according to the storage and RAM; 6GB and 8GB.

With the third flagship, OnePlus came with the Optic AMOLED solution for the displays so it is sure to say that OnePlus 5 will come with an Optic AMOLED display. We are still not sure about the resolution and pixel density of the display but its definitely going to be a Quad HD with Corning Gorilla Glass 5 protection.

Android 8.0 is still int he development state so OnePlus 5 should be coming with the Android 7.1.1 Nougat. But OnePlus 5 will provide the next version of Android when it will be available. Also, there is a rumor about OnePlus 5 display is that the display will adapt according to the app or activity like when you are reading a book in the night time, it will add a blue light filter to save your eyes.

OnePlus always kept its smartphones in the affordable price range so won’t have to sell your kidney or any other body part to buy it. Rumors says that the price could be around Rs. 35,000 to Rs. 40,000. The rumors are still rumors and we still can not tell for sure that these will be true. Well some of them with evidence are true and you will see them at the launch event.