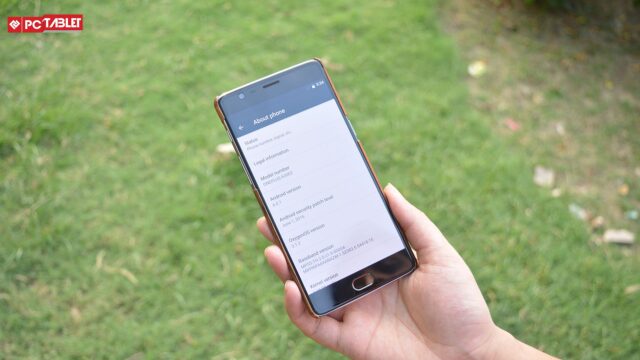 OnePlus 3T is expected to receive Android Nougat update in December. However, an update to OnePlus 3 will be released earlier than the latest version. The recently released OnePlus 3T is loaded with Android 6.0 Marshmallow, which is pretty disappointing. The rumors had reported that the new handset is expected to ship with the latest Android platform.

During the launch event of OnePlus 3T, the company had announced that it is gearing up to roll out Android 7.0 Nougat update in December. Moreover, the OnePlus 3 released in July 2016 will also get Android N update during the same time frame. There have been speculations on the rumor mills over the last few months about the fact that the handset will get Android N update soon.

OnePlus 3T will get Android Nougat in December

Even though the OnePlus 3 will receive the beta version of Android N by the end of November, you need not have to expect any update for OnePlus 3T. However, the latest version of OnePlus will be a big refresh in December.

We don’t have any information about the expected date of launch but it is almost confirmed that an update to Android Nougat will hit OnePlus 3T by the second half of December.

It remains to be seen as to when OnePlus 3T will be released in India. The phone will be a bonus for OnePlus lover because it ships with an improved processor, a high capacity front camera coupled with a large battery.