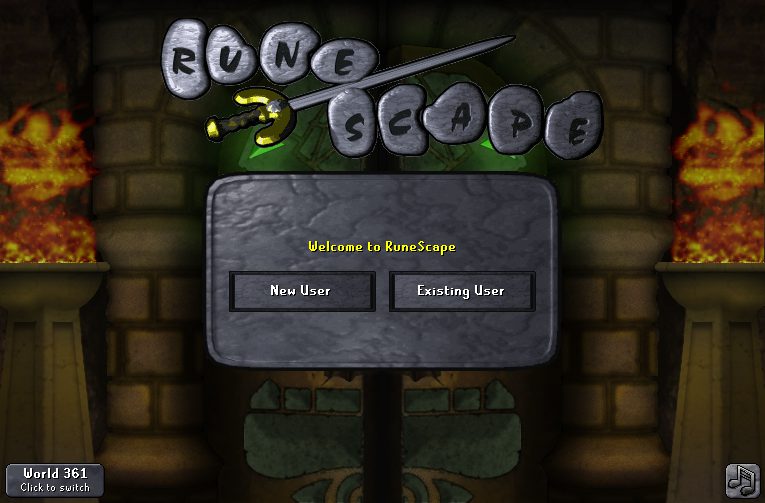 Old School RuneScape or OSRS is basically an MMORPG, which stands for Massively Multiplayer Online Role-Playing Game. The game was first launched in February 2013 by Jagex that developed and published it. However, when it was first launched, it was, in reality, the August 2007 build of RuneScape.

The OSRS though has since been provided with several doses of upgrades and enhancements. That had led to improvements in the engine while new content and quality of life updates too have been provided over the years based on user feedback. The game further made inroads in the mobile scene with Android and iOS apps getting released in October 2018.

Playing the game is relatively simple yet exciting. The primary mode of interaction happens to be a point and click mechanism. You have several options, like interacting with NCPs, objects, and entities by left-clicking. With the right-click option, you get the chance to select one of several options, and so on.

Then there are several modes that the game can be played in. For instance, there is the Ironman Mode where players won’t be able to get into any sort of financial dealings with other players. In other words, the prime requisite of the Ironman Mode is that the players need to be self-reliant in all aspects.

So strict are the rules that the players won’t even be allowed to collect those items others have left or have sold to stores. All of this has also made the particular mode to be considered as a single-player affair as you will have to make your own arrangements. That said, the players will still be able to interact with others using the in-game chat feature.

In any case, all of the above has led to the Ironman Mode to be considered the toughest version of the game. If that isn’t enough, there is also the Ultimate Ironman Mode where players won’t have access to the in-game banks. Then there also is the Hardcore Ironman Mode, where the player’s death will transform the account into a normal Ironman Mode.

Then there is the Deadman Mode, which again can be considered a separate avatar of the Old School RuneScape. Launched in October 2015, the Deadman Mode is where open-world players compete with other players. In this game, you kill other players to get the keys that will let you have access to the chest, holding all that the dead player may have accumulated and so on.

Such players that kill others come to be designated as the skulled players and are targeted by the NPCs if they attempt entering cities marked as safe. The skulled players also have their keys visible to others, which in turn marks them as targets for others to kill them. On the whole, the Deadman Mode, just like the Ironman Mode, turned out to be extremely popular with the players.

Other game versions that have come to the fore over the years include the Old School RuneScape Gold where players will have to trade in real cash to buy coupons. Such coupons can then be used to earn bigger rewards as well. Players will be able to exchange coupons thus won with real money that again gets deposited in the bank, making it all entirely safe and legitimate.

The game made it to the Windows platform along with macOS and Linux in February 2013. Previously, the game was only accessible to those who had a valid subscription though subsequently, a free version too was released in February 2015. Of course, the free version only lets players have access to some parts of the game.

The game went on to become extremely popular even though they had a small developer team working on it compared to the RuneScape live version. The developers also make it a point to release updates and patches fairly regularly with most changes introduced are based on user feedback. This ensures any changes introduced to the game are done in a democratic manner.

All of this should also explain the game going on to win the EE Mobile Game of the Year award. That was at the 15th British Academy Games Awards. Besides, it also won the ”Best Mobile Game” at the Develop: Star Awards event as well. That is not all as the game was also nominated for the “Heritage” and “Best Role-Playing Game” awards at The Independent Game Developers’Developers’ Association Awards 2018 and 2019 too.