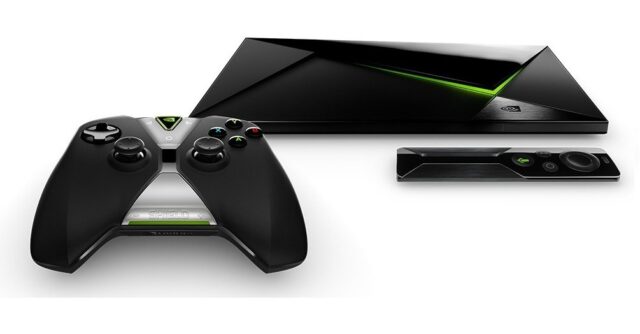 Now that Shield TV 2017 gets the most recent version of Android, users can enjoy features such as double-press on the home button to access recent apps quickly. Also, they can now use picture-in-picture support for supported apps like Live Channels. They also get the ability to navigate quickly with the new split-screen multitasking.

Besides, the latest Nougat upgrade also allows Shield TV 2017 owners to cast for HBO Go, adds 4.1, 6.1, and 8.1 speaker setup, Plex support, and the addition of Play/Pause button on Shield remote.

It’s also worth mentioning that Nvidia has improved the performance of its GeForce NOW with up to GeForce GTX 1080. In addition, the company says GameStream is to offer 4K HDR and smoother streaming, along with support for Amazon Video and a variety of games.

Shield TV 2017 owners interested in upgrading to the latest Android Nougat 7.0 update, should know that the Nougat update is available via both OTA and Developer-only images for the console. Make sure you read the step-by-step list of instructions here before installing the new Nvidia SHIELD TV 2017 Firmware 5.0.1.

Check out the full Release Notes below:

Stream thousands of popular movies and TV shows in up to 4K HDR. Watch exclusive Amazon originals like The Grand Tour with an Amazon Prime Membership.

– NVIDIA Games is the new way to find and play a huge library of amazing games on SHIELD. Here, you can access GeForce NOW games, exclusive Android games, and NVIDIA GameStream games. Plus, all the games that you install or play will now show up in the games row on the SHIELD home screen.
– NVIDIA Games replaces the former SHIELD Hub app and its associated home screen tiles (SHIELD games, GeForce NOW, and GameStream). This update will be a staged rollout and will happen over the next few weeks via app update on the Google Play Store.

– Now, you can instantly play on-demand PC games with performance up to GeForce GTX 1080 gaming graphics in the cloud.

– NVIDIA GameStream has been upgraded to provide 4K HDR, as well as smoother, lower-latency streaming. Play your library of PC games and enjoy direct access to Steam Big Picture from the Steam app.

– View live video from your Nest Cams with the new Nest app on SHIELD. With Nest Aware, you can even watch each camera’s video history.

– Added Pause/Play button functionality on the SHIELD remote by double-tapping on the volume slider.
– Added ability to write to attached USB or SD card storage.
– Added 4.1, 6.1, and 8.1 speaker configurations for Plex.
– Enabled cast for HBO GO.