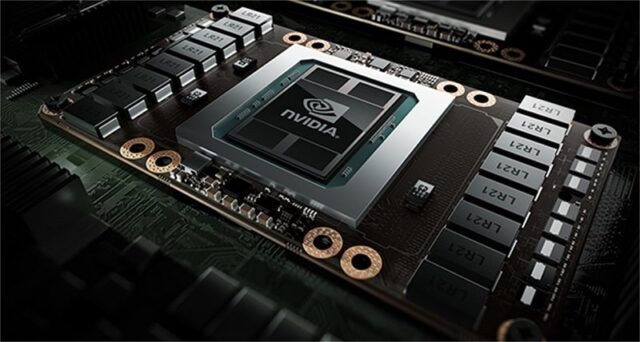 Nvidia has just released new updates to mitigate Meltdown and Spectre vulnerabilities. The company also notes that while NVidia’s hardware compnoents are not affected these glitches, however, drivers do need be updated to avoid any potential security threat.

Nvidia further stated that users will be protected against all kinds of Meltdown and Spectre vulnerabilties, though, software updates might be required in certain cases.

“We believe our GPU hardware is immune to the reported security issue. As for our driver software, we are providing updates to help mitigate the CPU security issue,” said Nvidia.

The company has rolled out updates for its GeForce graphics cards, along with Quadro and NVS drivers on Windows and Linux, while updates to Tesla and Grid drivers will be out in the coming weeks.

In case you’re not sure about the version of Nvidia drivers surrently installed on your PC, you can check the version by launching Windows Device Manager, then go to Display Adapters>Nvidia GPU> Driver. You can refer to the table below to check whether your driver needs to be updated.

In other related news, Intel is reporetdly facing multiple class action lawsuits over a secuitry bug found in nearly all of its processors. The flaw pertains to the Meltdown bug which affects Intel’s microprocessors, and reportedly hampers the processing power of CPUs.

Though, Intel said in an official press release that the impact of these updates are not significant, and should get mitigated over time.

Intel’s CEO Brian Krzanich also briefly explained about these vulanerabilties during CES 2018. He said that Intel wants to keep customers safe, highlighting that “we have not received any information that these exploits have been used to obtain customer data.”

Eariler this week, even Apple rolled out a partial fix for the Meltdown security flaw with the latest macOS 10.13.2 update. The iPhone-maker also said that more fixes should arrive in the forthcoming macOS 10.13.3 update.