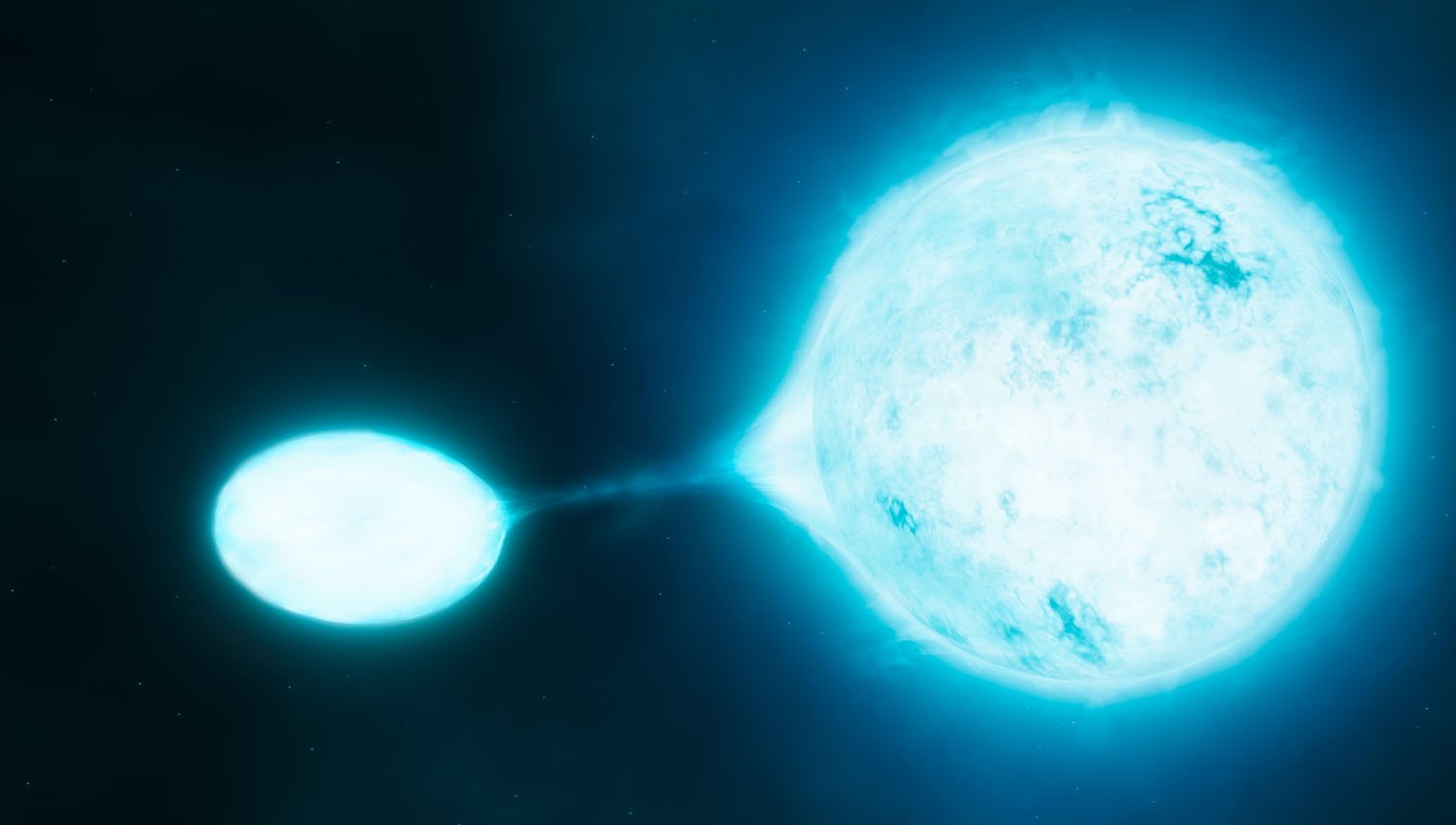 New research using data from ESO’s Very Large Telescope has revealed that the hottest and brightest stars, which are known as O stars, are often found in close pairs. Many of such binaries transfer mass from one star to another, a kind of stellar vampirism depicted in this artist’s impression.

Columbia University – According to a recent report, the center of our galaxy may be packed with dead, vampire stars. The scientists used a special space telescope-Nuclear Spectroscopic Telescope Array (NuSTAR) from NASA to get a better grasp of the features of the crowded center of the galaxy.

The center of the Milky Way has revealed a mysterious X-ray glow and the scientists believe that it may involve stellar corpses of different classes.

The scientists think that the baffling high-energy X-ray glow is due to the presence of dead stars that feed on the companion stars. According to Kerstin Perez of Columbia University, New York, the NuSTAR images reveal a very new component at the center of the Milky Way.

He further added that it is at present difficult to explain the signal coming out of the center and will require more observation and study to derive a conclusion.

A supermassive black hole known as Sagittarius A is present at the center of our galaxy around which all the old and young stars are bustling. The components also include black holes and several other types of stellar corpses. Earth is at the end of one of the spiral arms of galaxy tucked off in a quiet spot.

It is nearly at the edge of our Milky Way. On the other hand, the galaxy center is a hub of activity from which Earth is far off.

Scientists Focus on Studying the Clutter

Scientists describe the placement of the earth as if it is a suburb of the galaxy whereas the other stars, black holes, and dead stars are a part of the high voltage activity center, similar to Times Square.

The scientists are trying to learn more about the supermassive black hole, giant gas clouds, and every component of this galactic center by looking at the cosmic dopplegangers.

The main problem is that it is difficult to study the galaxy center because it is full of all the different components forming a clutter. Identifying every component and deciding its nature and condition is going to take a lot of patience and study.