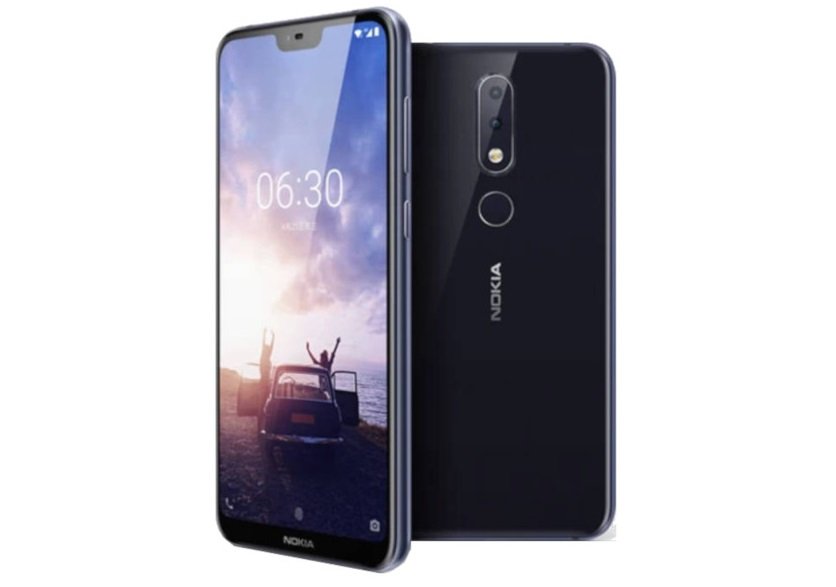 HMD Global is reportedly announcing the Nokia X6 tomorrow at an event in China. Though we already know a lot about the handset’s features and specifications thanks to barrage of leaks and rumours. Now, press renders and promo images of the handset have been spotted on the web, revealing almost all of the device’s key specs. These include a dual-lens camera setup, an iPhone X-like notched display, and more.

According to the leaked promo images, the Nokia X6 runs the latest Snapdragon 636 octa-core processor coupled with Adreno 509 GPU, 4GB of RAM, and 64GB of built-in storage. The display will have an iPhone X-like notch, a 5.8-inch Full HD screen having an aspect ratio of 19:9. Juicing up the Nokia X6 will be a 3060mAh battery with support for Quick Charge 3.0, that allegedly delivers 50 percent charge in 30 minutes.

The listing further reveals that the Nokia X6 will come pre-installed with Android 8.1 Oreo and will most likely be a part of the Android One program just like other Nokia devices, to offer prolonged support and timely security updates. Not to mention, the listing also indicates that the 4GB/64GB RAM and storage variant will get a price tag of CNY 1499 (around Rs.16,000).

In the camera department, the handset will have a 16MP+5MP dual-lens camera setup with support for AI and HDR. For selfies, the Nokia X6 will feature a 16MP front-facing shooter with support for beauty filters and intelligent 3D blur.

Based on earlier reports, the Nokia X6 will also be offered in 3GB and 6GB RAM variants. The 6GB RAM variant of the Nokia X6 was spotted on Geekbench earlier this week, scoring 1332 points in single-core tests, and 4892 in multi-core test. More information regarding pricing and availability will be announced tomorrow, when HMD Global officially announces the handset. We’ll update you as soon as we hear anything new. Until then, keep checking back for more.