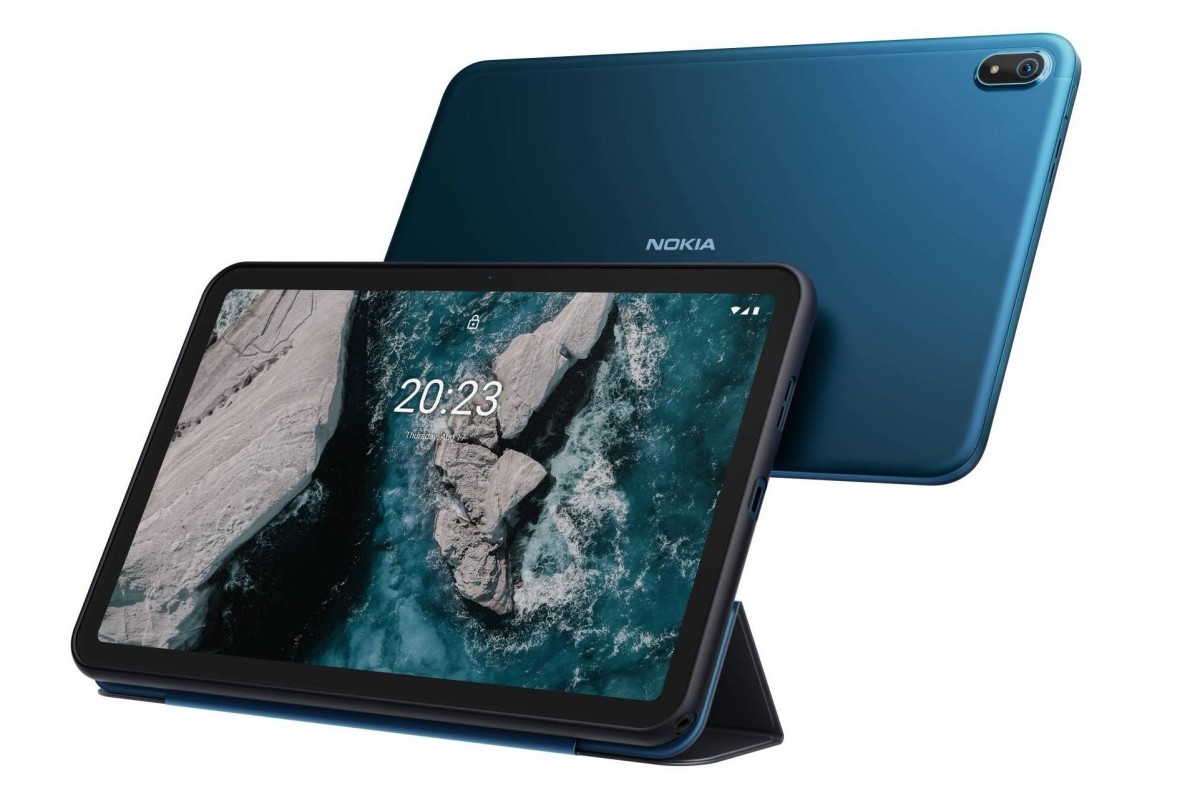 The Nokia T20 tablet has finally been launched in India sporting an aggressive price tag of Rs. 15,499. HMD Global, the current Nokia brand licensee stated the T20 stands for the same levels of build quality, performance, and battery life that Nokia phones have always been known for. The tablet comes in Wi-Fi-only and 4G versions though all models feature the octa-core Unisoc T610 SoC. The base model comes with 3 GB of RAM though the top model offers 4 GB of memory and 64 GB of native storage. The tablet runs Android 11 with the company promising free software upgrades for the next three years.

The T20 comes with a 10.4-inch 2K display upfront having 2000 x 1200 pixel resolution. There is nothing too special with the looks though the bezels are reasonably slim and do not have a jarring effect on the eyes. The display has a max brightness rating of 400 nits though there is a brightness boost feature as well. The tablet also comes with blue light certification, which means it is safe for the eyes even when view for long hours.

Nokia also said the Nordic design theme of the tablet ensures the edges, the surface, the build, all have been done up to allow for simple aesthetics. Further, the metal build – the tablet is made with sandblasted aluminum – ensures a durable and robust finish even with a frame this thin. Then there is toughened glass on top as well for enhanced strength.

Under the hood, the tablet features an octa-core Unisoc T610 SoC coupled to 3 GB or 4 GB of RAM. Storage options range from 32 GB and 64 GB with microSD card support allowing for expansion to a max of 512 GB. Connectivity options the tablet comes with include USB type-C (USB 2.0), headphone jack, 802.11 a/b/g/n/ac Wi-Fi, Bluetooth version 5.0, and GPS/AGPS, the latter being available only on the LTE version.

Power comes from an 8200 mAh battery supported by 15 W fast charging even though the retail package will include just a 10 W charger. Nokia said the battery will be able to support web surfing for 15 hours, video conferencing for 7 hours, or stream videos for 10 hours on a single charge.

Coming to the software, the T20 will come pre-loaded with Android 11 with Nokia promising two years of Android version upgrades along with monthly security updates for three years. There is a Google Kids Space setting as well that ensures kids are not exposed to inappropriate apps, videos, and other content.

While that ensures the tablet is well suited for study from home scenarios, the tablet also conforms to Android Recommended devices or AER. What that means is the tablet meets all requirements set by Google for using the tablet by entrepreneurs.

Other notable features of the tablet include stereo speakers and OZO playback. Spotify is also providing enough reasons to put those speakers to good use as T20 buyers will be provided access to 70 million tracks and 2,9 million podcasts right out of the gates.

The T20 can be bought via Nokia.com and Flipkart along with other authorized offline stores across India. In India, the tablet is only available in a blue shade.