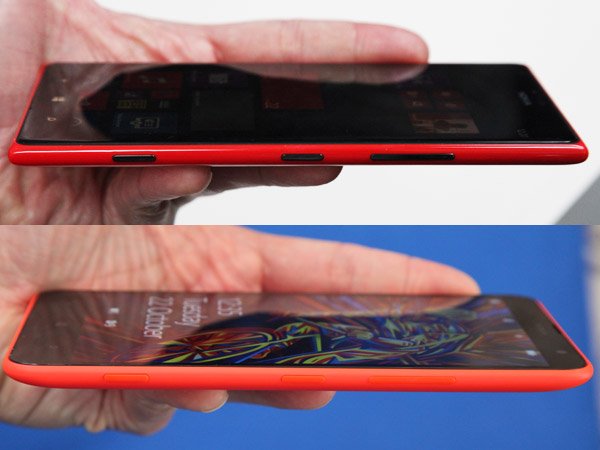 Nokia Lumia 1520 features a humongous 6 inch full HD display and is the first Windows phone to boast of such display design. It is a high-tech phablet which runs on a quad-core processor. The ongoing craze for phablets in Indian market will definitely have a boost as brands like Samsung, Sony and HTC are already giving each other tough competition. With devices like Galaxy Note 3, Xperia Z Ultra and HTC One Max the customers have seen their expectation being raised each day. Now with Nokia entering the race the bar of competition will go up even higher in the Indian market.

The flagship model Nokia Lumia has always been able to snatch the spot light with its umber cool camera and features. Not treading away from this custom the Lumia 1520 also offer users a 20 megapixel camera that supports PureView with Optical image stabilization feature. However, Lumia 1320 feature a 6 inch display with a resolution of 720p. While Lumia 1520 will use 2.2GHz quad-core Snapdragon 800 chipset along with 2GB RAM, the Lumia 1320 will run on 1.7GHz dual-core Snapdragon S4 chipset with 1GB RAM.

Nokia Lumia 1520 comes with features like NFC and wireless charging while the phone will be packed with a powerful 3400 mAh Battery. The Phablet will also offer 32GB of expandable storage space. This device globally costs around $749 without taxes which means in India it will cost a buyer more than 40k.

Lumia 1320 will offer users 8GB of expandable storage and will also use a powerful 3400 mAh Battery. While it will feature a 5 megapixel rear end camera, buyers will have to satisfy with a VGA front camera. Lumia 1320 costs $339 without taxes and might be available in Indian market from the first week of January next year.