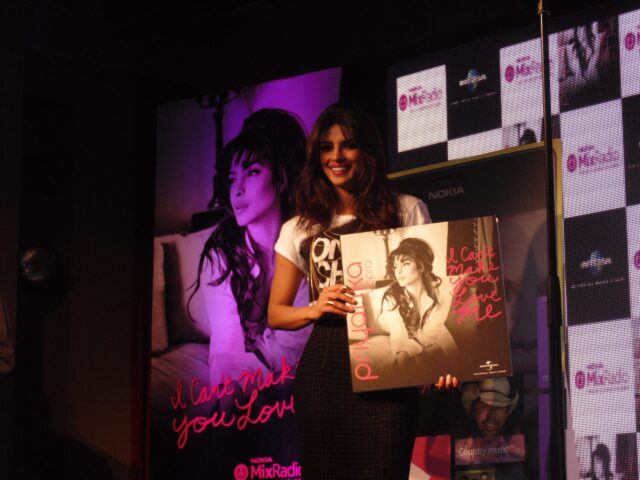 Entertainment queen from the world of Bollywood, Priyanka Chopra is all set to dazzle the Music streaming industry. An Indian singer partnering with Nokia MixRadio in order to promote the global music streaming service in India.

As part of this association, Priyanka has become the new face of Nokia MixRadio, launching her new music video and curating personal Nokia MixRadio playlist, which will be available in 31 countries.

Bollywood’s superstar, Priyanka Chopra is helping to pave the way in the world of music streaming

With the expansion of music streaming services driving growth amongst smartphone users, overall spending on music is expected to see a growth of $3.9bn in the next three years, with an expected 420 million music streaming users by 2018, 73% of them from outside USA, largely from India and China.

As Nokia MixRadio expands into the emerging market of digital global music streaming in developing countries, it is expected that India will see a growth of more than 110% over the next five years, resulting in one in every fifteen streaming users coming from India.

Nokia MixRadio is positioning itself not only as a gateway to great domestic catalog but also as a place to discover the most popular music globally with playlists curated to deliver music from 31 different countries.

“India is an ever-evolving music market and partnering with Priyanka Chopra in India is very exciting. As well as bringing the West and emerging markets closer together, Nokia MixRadio acts as a platform for artists to share their music with the rest of the world,” he continued.