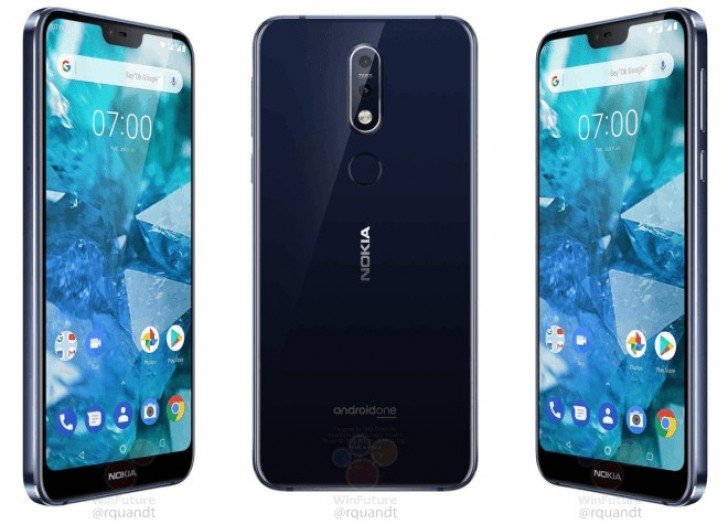 The Nokia 7.1 and/or Nokia 7.1 Plus might be announced at HMD’s global launch event scheduled for October 4 in London. We’ve already come across several leaks about the device in the past. Leaked renders of the handset have already revealed that the phone will have a display notch, a dual-lens rear camera, a glass back and a metal frame. Now, the handset has popped up on Amazon Spain’s website revealing the smartphone’s specifications. price, as well as release date.

According to the listing (which has now been taken down), the Nokia 7.1 features a 5.84-inch Full HD (1280X720 pixels) display having an aspect ratio of 19:9. Under the hood, it will be powered by Qualcomm’s Snapdragon 636 processor coupled with 3GB of RAM and 32GB of built-in storage. The handset also offers storage expandability up to 128GB via a dedicated microSD slot.

In the camera department, the Nokia 7.1 sports a 12MP+5MP dual rear camera setup. For selfies, the device packs an 8MP front-facing shooter. As far as OS goes, the dual-SIM smartphone will run stock Android as it’s a part of the Android One program.

Talking about design, the listing reveals that the handset features a display notch along with a rather big chin at the bottom. It has a vertically-stacked dual-camera setup at the back, while the circular fingerprint scanner is housed right below the primary camera unit.

In terms o pricing, the Nokia 7.1 listing on Amazon Spain reveals a price tag of EUR 354.87 (roughly INR 30,000) for the 3GB RAM/32GB storage variant. As for the release date is concerned, the listing suggests that the Nokia 7.1 will officially go on sale starting October 22. That being said, no other variant of the handset has been listed on the website. As earlier reports indicated that HMD Global also plans to launch a 4GB RAM/ 64GB inbuilt storage variant of the handset.

HMD Global also sent out media invites for a launch event in India on October 11, where it is expected to announce the Nokia 7.1.