Nokia has seen tremendous growth and success in the past year and the brand launched the Nokia 7.1 and the 8.1 in the last few weeks of 2018. Nokia has stuck with the same design language and software for its entire lineup and the same reflects in the Nokia 7.1 as well. When we hear Nokia 7.1, it reminds us of the Nokia 7 Plus that we quite liked but the phones are in no way related to each other.

With the Nokia 7.1, the brand has tried to increase the overall appeal and the biggest USP’s we see is its HDR supported display and that glass-metal design. The phone is powered by the Qualcomm Snapdragon 636 processor and features a dual camera set up at the back with Zeiss optics while coming in at a mid-range smartphone price tag. We have been using the phone for a couple of weeks. So, let’s dive in and see if the phone can justify its price tag or not.

There is the Nokia 7.1 branding on top. As soon as you slide the top part, you are greeted with the smartphone. Underneath lie the documentation and the supplied accessories.

With the new Nokia 7.1, the brand has stuck with their glass-metal design language. The phone feels like slab but in a good way. Nokia has used Gorilla Glass on both the front and back with the side frame made out aluminium for extra strength. Just like on the Nokia 7 Plus, there is a chamfered edge running along and around the rear camera module. The phone is available in two paint jobs, ‘Gloss Midnight Blue’ & ‘Glossy Steel’ and we have the Blue color variant with us. 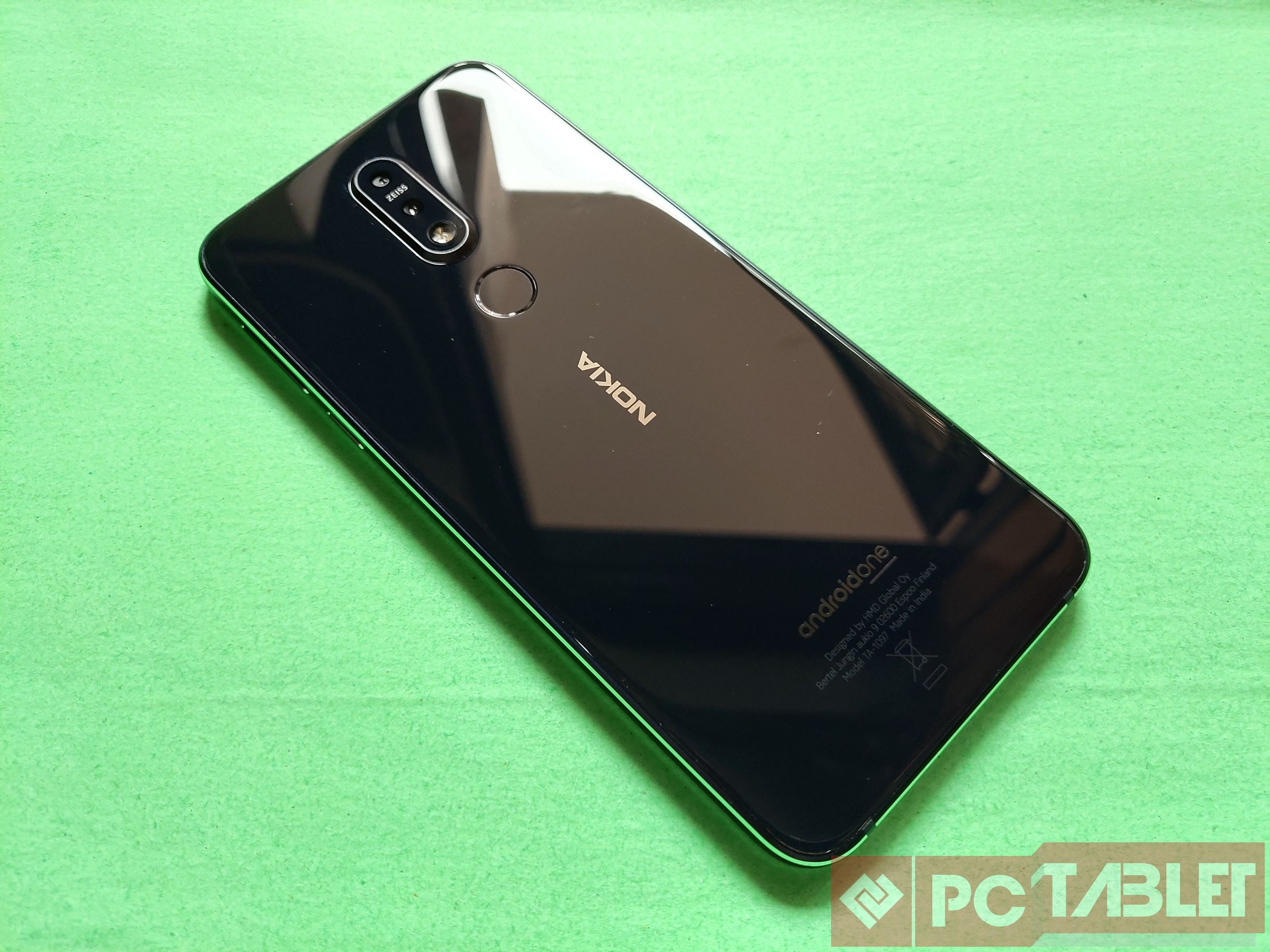 The dual rear camera module is stacked vertically in the centre and comes with the Zeiss Optics branding. Underneath it lies the circular fingerprint sensor and Android One badge along with regulatory info. Flipping the phone reveals the 5.84-inch LCD display with a notch up top and a sizeable bezel on the bottom with the Nokia branding. The SIM tray is placed on the left while the solid feeling volume and power button are on the right. 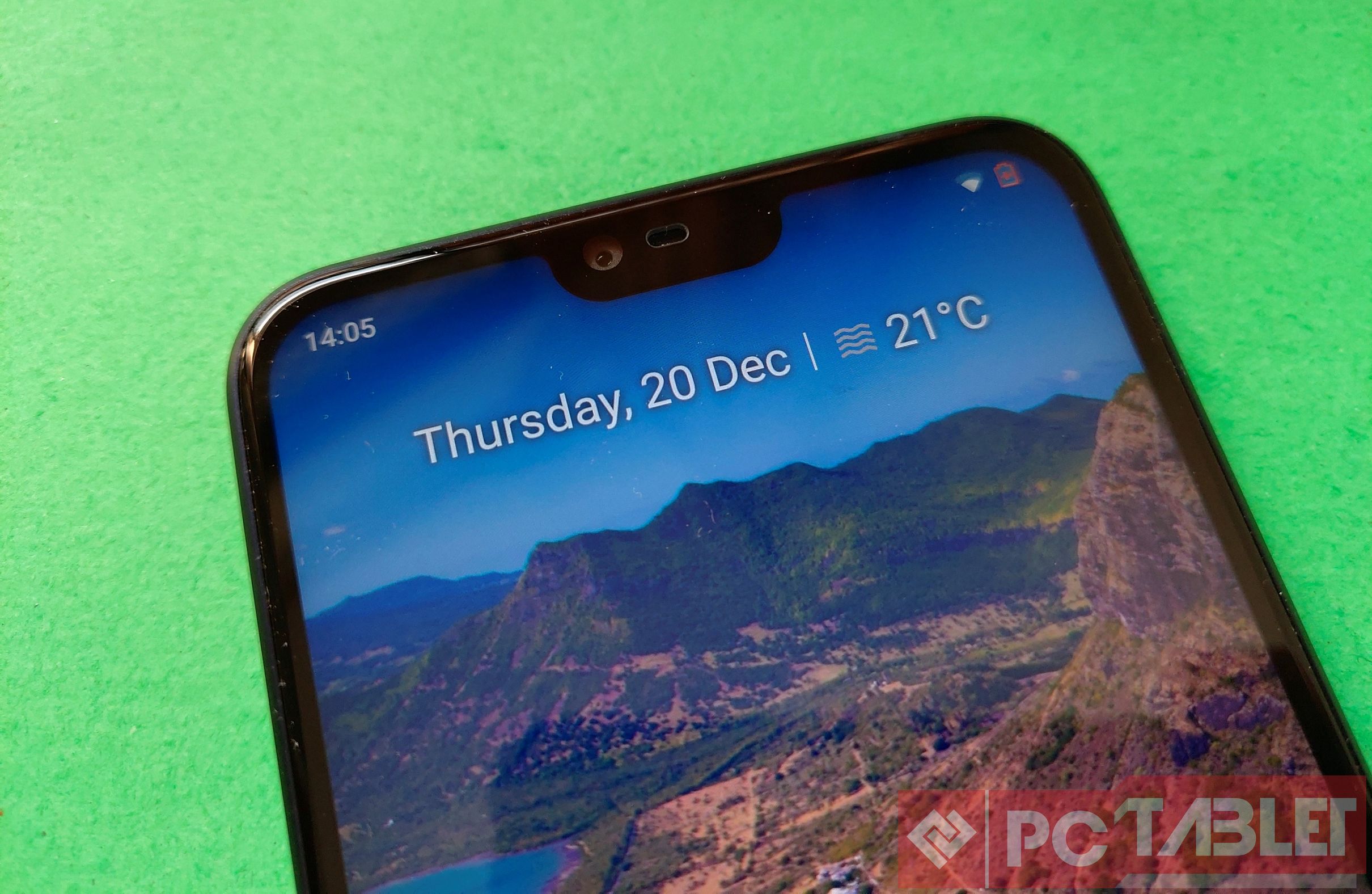 Nokia has used USB Type C port on all their smartphone launched this year and that is found on the bottom along with the speaker grill while the 3.5mm audio jack is on the top. Overall the smartphone has a very decent build and looks premium justifying its price tag.

The Nokia 7.1 comes with a 5.84-inch FHD+ LCD display with a 19:9 aspect ratio. As previously mentioned, the phone sports a fairly small notch up top which houses the front facing camera along with an earpiece and sensors. Nokia had ditched the Notification LED a long time back in favor of an Always-on display. 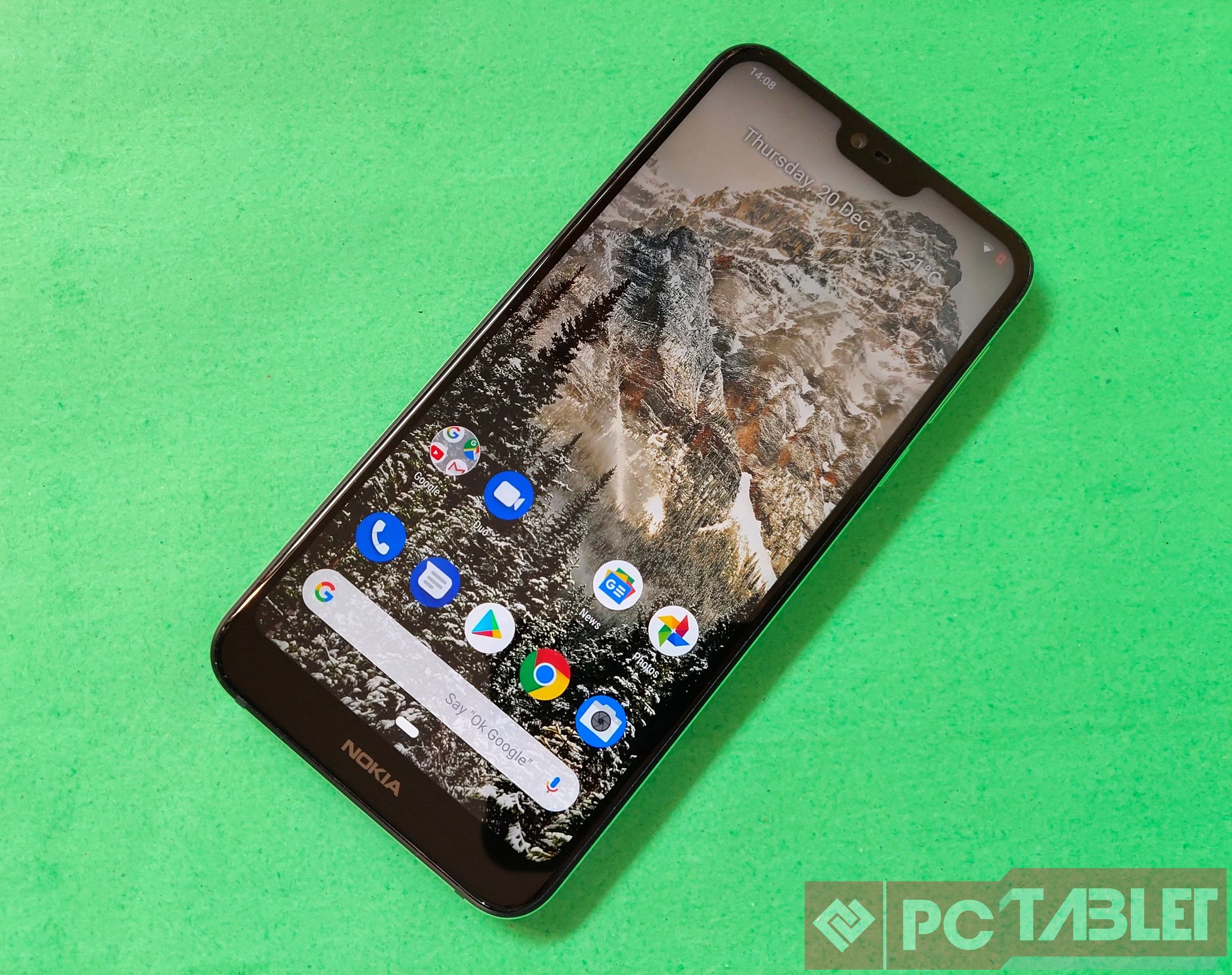 Perhaps one of the main USP of this smartphone is the support for HDR and 550 nits brightness LCD panel. The display is adequate Colors are vivid and viewing angles are excellent. HDR helps to amp up the experience and the outdoor visibility is great. The phone is surely made for content consumption and binge-watchers will truly appreciate it.

The phone is the among the first smartphones from the brand to come with Android 9 Pie out of the box. Continuing the tradition, the phone runs stock Android under the Android One program. There are close to zero pre-installed apps and the essential ones are supplied by Google. Android Pie brings the new navigation gestures to the table along with a few nifty features like dark mode.

Digital Wellbeing feature is present as well and lets you track how frequently you use different apps and how many times you unlock the phone. Then there is ‘Ambient Display’ that shows notifications for missed calls and app notifications without waking the phone. There is a face unlock feature added which gets the job done but isn’t the fastest in the business. Overall, the software is fluid and responsive minus a few bugs here and there which will be ironed out in the future updates. 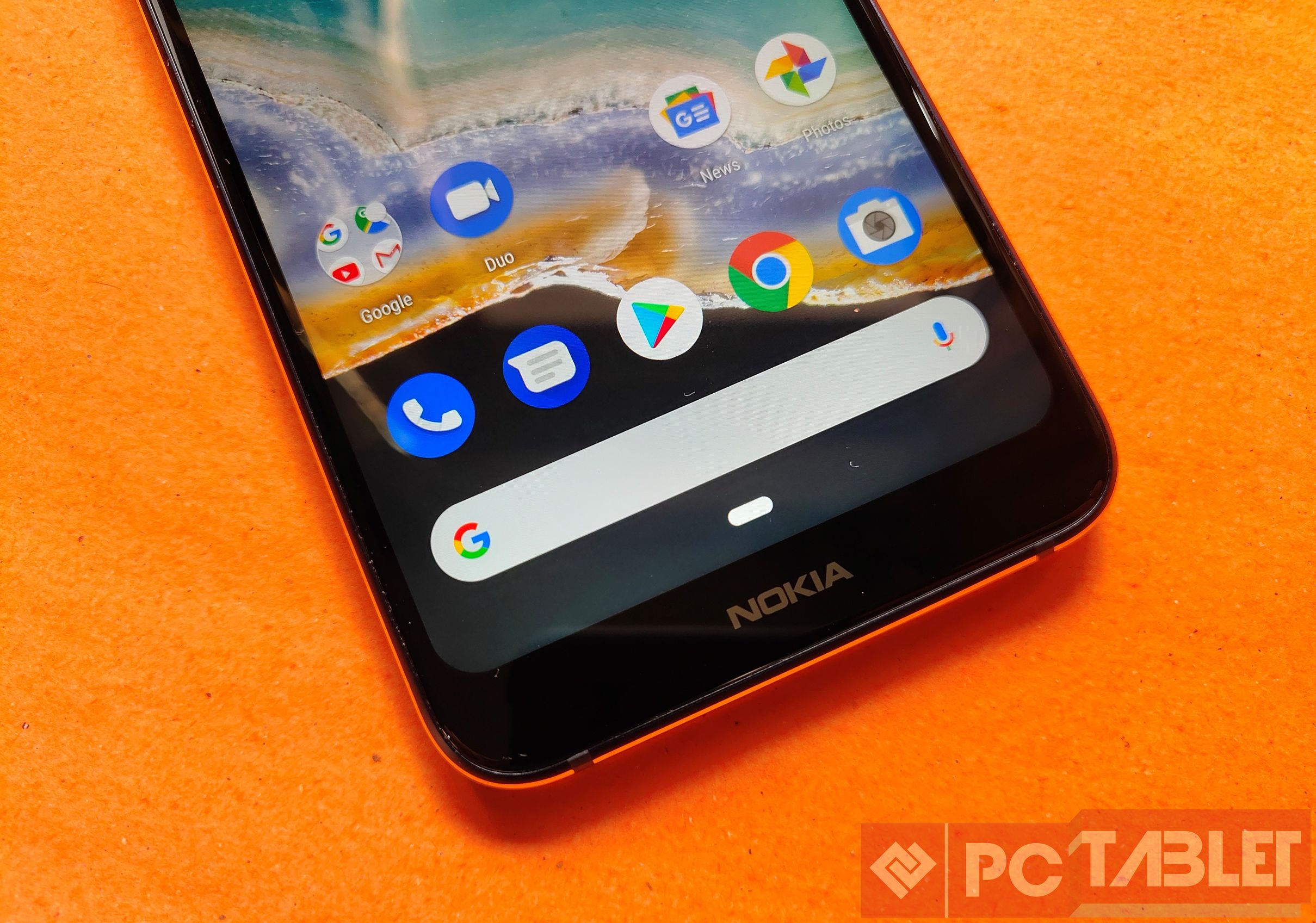 Coming to the performance aspect, this is where things take a dip. The phone comes powered by the Qualcomm Snapdragon 636 which is entry level mid-range chip mostly used in the sub 15k category smartphones. While that might sound underwhelming considering the price tag but the phones day-to-day performance is decent.

We took the chipset for a spin and ran titles like Asphalt, FIFA, and PUBG which were playable without any issues at medium graphics. The chipset is clearly not made for hard code gamers but will suffice your sudden gaming urges. For audio lovers, the phone comes with support for Qualcomm’s AptX codec and Bluetooth 5.0 translating to an overall better audio experience over wireless headphones as well.

The camera app comes loaded with features such as AR stickers, dual-sight mode to superimpose shots taken with the front and rear cameras simultaneously, and AI-assisted portrait lighting. The front camera is limited to 1080p videos while with the rear camera you can take 4K videos. There is no OIS here instead Nokia has added Electronic Image Stabilization which works great. 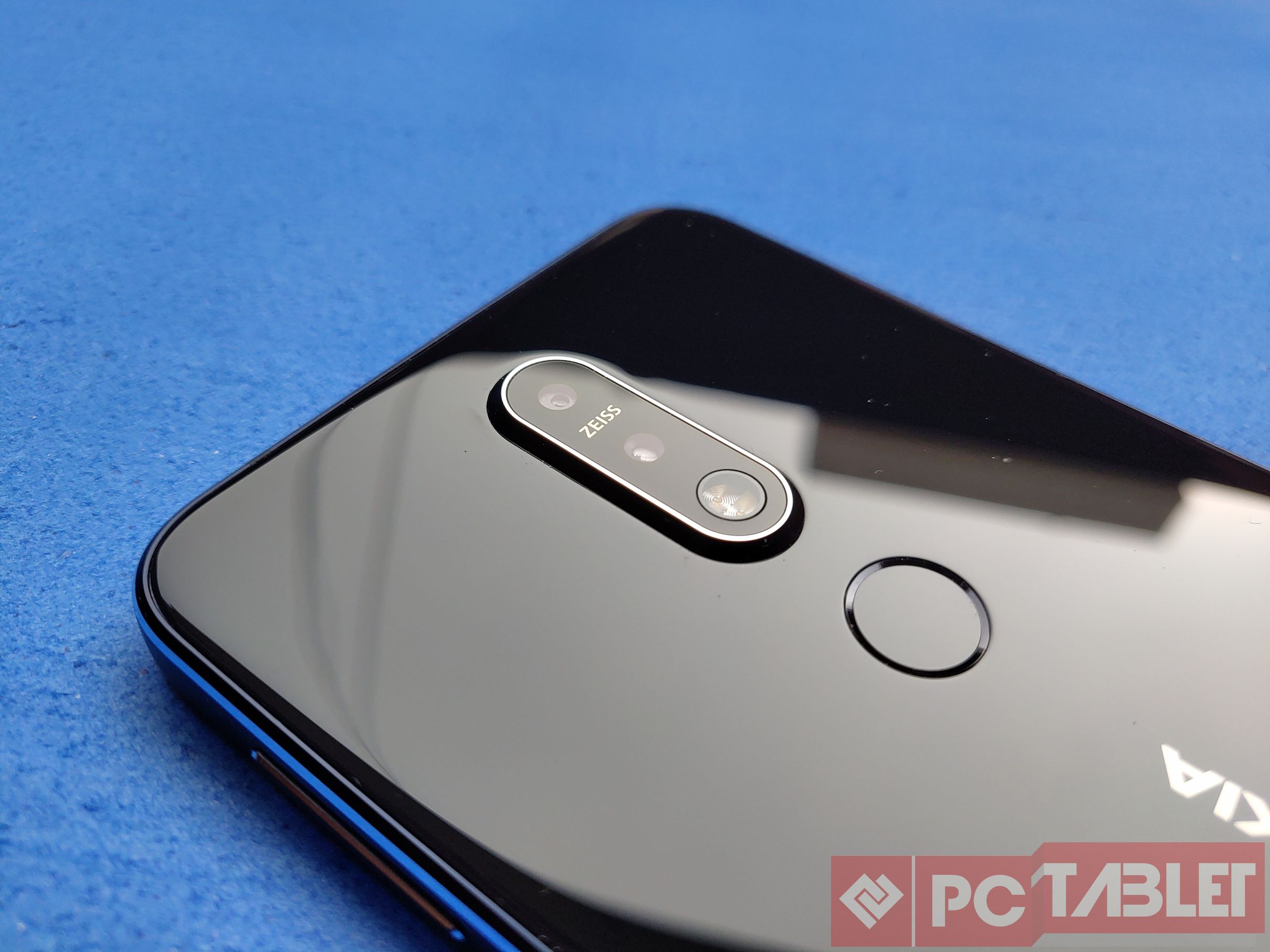 When it comes to image quality, Images shot in adequate light were crisp and detailed. Portrait shots have a decent amount of edge detection and the depth of filed is quite defined. Images shot in low light are decent at best with noise kept to a minimum. The 8-megapixel selfie shooter is decent as well. The selfies are detailed and the phone uses the screen brightness to tackle low light situations since there is no LED flash.

The phone comes packed with a 3,060mAh battery which might seem low on paper but performs quite well in the real world. During our tests, we manage to get a screen-on-time of 6 hours with moderate usage and 10% battery still left. Nokia has done some optimizations and the phone can easily last you a full working day. The bundled fast charger takes around 2 hours to fully charge the phone.

When looking towards the price, the Nokia 7.1 might not be appealing to some buyers but its got some features are totally worth that price tag. We quite like the overall build and design, the chamfered edges add a character to the phone. The HDR display is of the best in business, however, we would love to see the official HDR support for Netflix to come up in the future.

The performance is a mixed bag but the phone manages to push through the day-to-day use smoothly. Overall, the Nokia 7.1 is more focused towards buyers looking for a phone with a decent camera, premium build and content consumption needs.