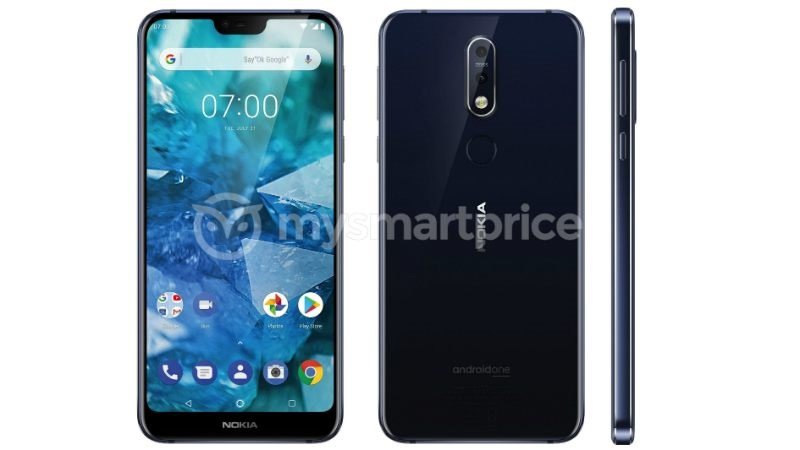 HMD Global, the Finnish company who owns the rights to sell Nokia-branded handsets, has sent out invites for an event in London on October 4. During the event, the company is expected to announce the Nokia 7.1 Plus or the Nokia X7. Now, alleged press render of the handset is doing rounds on the web which shows the handset’s design.

Going by the leaked press renders, the Nokia 7.1 Plus will look similar to the Nokia 6.1 Plus. The handset is expected to sport a full HD+ display having an aspect ratio of 19:9. Under the hood, the device is expected to get powered by a Qualcomm Snapdragon 710 processor.

Elsewhere, the Nokia 7.1 Plus or Nokia X7 is expected to feature optics from Carl Zeiss, a circular fingerprint scanner, as well as Android One logo on the back.

In other related news, Nokia India recently let be known via its official Twitter account that they’re working on a gaming-focussed smartphone. ‘Stay tuned for a phone you can #GameOn,’ the Tweet message read. The tweet reveals precious little information, though the phone will likely be equipped with top-of-the-line specs to meet the requirements of hard-core gamers. Key sources also indicate that Nokia could join hands with a reputed gaming label to boost its popularity in the gaming community.

Besides, there has also been no dearth of leaks about the largely rumoured Nokia 9 flagship. The company is speculated to announce the Nokia 9 during the event on October 4, however fresh reports suggest that the flagship’s launch has been pushed back to MWC 2019. Key sources suggest that the Nokia 9 will be a camera powerhouse, with three sensors on the rear. These include a 41MP, 20MP, and 9.7MP Carl Zeiss lens aligned in a central vertical slot on the handset’s rear. The other standout feature of the Nokia 9 will be a fingerprint sensor embedded within the front display.