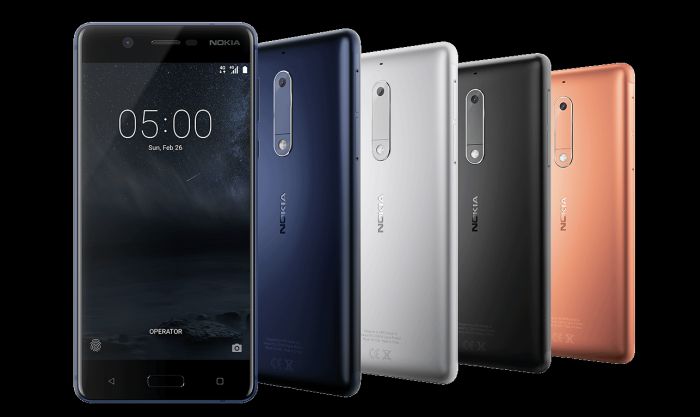 Nokia is back in business with its budget smartphones in India with Nokia 5, 6 and 3. Last month Nokia 5 was available to buy exclusively from Amazon store, and reports from NokiaPowerUser are coming that it will be available in retail stores in mid-August i.e. 15 August. The pre-orders of the smartphone already began on 7th July in India.

HMD global promised earlier that Nokia 5 and Nokia 6 would be available from Mid-August. And going by the promise it made, the Nokia 5 will be exclusively available via the offline retail stores starting from 15th August and is priced at Rs. 12,499. The big brother Nokia 6 is also coming to India from August 23, but unlike the Nokia 5, it will be exclusively available from Amazon.in initially. Amazon already started the pre-registrations for sale last month. And the Nokia 3 is available offline as well as online stores with starting price as Rs. 9,499.

Nokia 5 comes with a 5.2 inches HD IPS display with 2.5D curved glass cover. It runs on Android 7.1.1 Nougat and powered by a 1.4 GHz octa-core Qualcomm Snapdragon 430 processor and Adreno 505 GPU. It has 2GB RAM and 16GB internal memory which is expandable to 128GB via microSD card. Nokia 5 features a 13MP camera with f/2.0 aperture and 8MP front camera with same f/2.0 aperture.

All the power comes from 3000 mAh battery, and the device is only 8.05 mm thin. It comes with micro USB port with OTG enabled, has WiFi, Bluetooth 4.1 and GPS. You will also get the Accelerometer, ambient sensor, E-compass gyro sensor, proximity sensor and the front mounted fingerprint sensor. Nokia 6 also comes with similar specs except the camera and bigger screen.