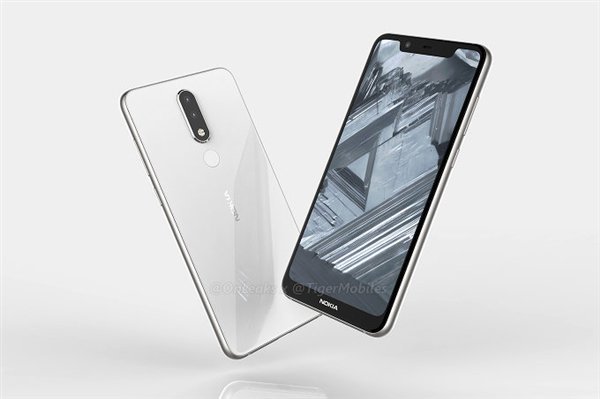 Rumours of the Nokia 5.1 Plus have been flying thick and fast over the past few weeks. A handset with model number TA-1109 was first spotted on SlashLeaks. Following which, the device was leaked in various renders as well as on certification portals.

The Nokia 5.1 Plus recently also passed TENNA certification, implying HMD Global is all set to launch the handset very soon. The listing had already confirmed some handset’s specifications and key design elements. Now, a new leak has allegedly revealed all of device’s specifications along with its design.

According to the new leak, the Nokia 5.1 Plus will be equiiped with a 5.86-inch HD display having a screen ratio of 19:9. Furthermore, the new leak also indicates that HMD Global is likely to follow the trend of including a notch on top of the display just like the iPhone X.

Under the hood, the device is said to come equipped with MediaTek Helio P18 processor, the same chipset found on the Nokia 5.1. The chipset will be paired with 3GB/ 4GB/ 6GB RAM and 32GB/ 64GB built-in storage options.

As far as the camera specifications go, the phone is likely to come with a 13MP dual-lens camera setup on the rear. For selfies, the device is expected to feature an 8MP front-facing shooter. It will also feature a circular fingerprint scanner under the camera.

The phone will run Android 8.1 Oreo out-of-the-box while juicing the handset will be a 3000mAh battery.

In terms of connectivity, the phone is likely to come equipped with 4G VoLTE ( with Band 40 support), Bluetooth, microUSB, and more. Sensors onboard will inlcude ccelerometer, ambient light sensor, rear-mounted fingerprint sensor and proximity sensor.

For now, there’s no word on the handset’s pricing. Though key sources indicate that the Nokia 5.1 Plus will be officially announced at the IFA conference that’ll be held in Septmeber this year.