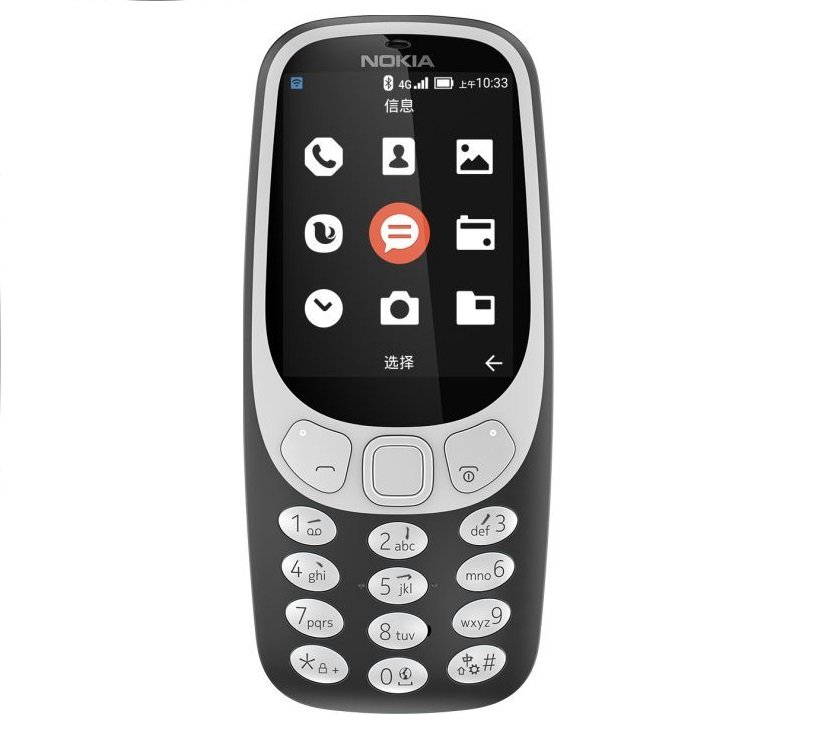 The much-awaited Nokia 3310 4G finally goes official in China. The 4G variant of the handset is now listed on the official Chinese Nokia site, and the Finnish manufacturer has joined hands with China Mobile to sell the Nokia 3310 4G in the country.

The Nokia 3310 4G is essentially an upgraded version of the original Nokia 3310 launched last year. As the name suggests, the handset is now compatible with 4G LTE networks. Another notable change is the OS, as the Nokia 3310 4G comes with YunOS, as opposed to earlier versions of the handset that came with a different OS. Not to mention, the latest Nokia 3310 4G also ships with a preloaded MP3 player.

As far as specs are concerned, the Nokia 3310 4G features a 2.4-inch QVGA colour display with a resolution of 240×320 pixels. The handset now gets 256MB of RAM and 512MB of built-in storage, much higher compared to the 16MB storage found on the original model. In addition, the latest 4G version of the handset also comes with an expandable microSD slot of upto 64GB.

In the camera department, the Nokia 3310 4G features a 2MP rear camera sensor bundled with an LED flash.

Elsewehere, juicing up the handset is a 1200mAh battery. Once fully charged, the phone’s battery is rated to offer up to five hours of talktime on 4G LTE networks, as well as 16 hours of music playback.

In terms of connectivity, the Nokia 3310 4G comes with a single micro SIM slot, 4G VoLTE, Wi-Fi, Bluetooth 4.0, a microUSB port, FM radio as well as a 3.5mm headphone jack. The handset is being offered in a choice of Fresh Blue and Deep Black colour options.