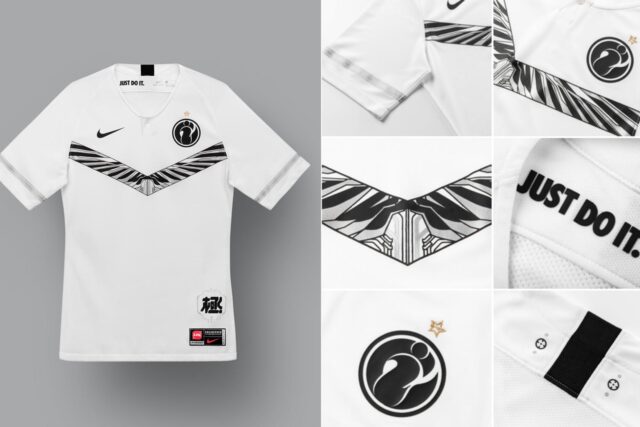 Nike broke new ground for the flourishing esports sector when it unveiled the official kits for the 16 teams competing in the League of Legends Pro League this week. The sportswear giant penned a four-year deal to become the league’s official apparel partner back in February and fans have now been able to feast their eyes upon the shirts.

It is a sign of just how commercially savvy the competitive gaming industry is becoming. The iconic Nike tick adorns the shirts of many of the most world’s famous athletes, including Tiger Woods, Cristiano Ronaldo, LeBron James and Nike.

It pays them handsomely for the privilege of sponsoring their apparel, and this represents a major revenue stream for traditional sports franchises. Liverpool FC, for example, have been in discussions with Nike over a £75 million per season deal, which would eclipse the world record fee that Adidas pays rivals Man Utd.

Traditional sports franchises and stars are investing heavily in the esports sector, as they appreciate just how strong its growth potential is. PSG, Man City and West Ham are among the soccer teams with esports investments, while the Golden State Warriors and most other NBA franchises have invested in competitive gaming teams. Their presence has clearly helped the nascent esports sector commercialize itself better, and turning to Nike to sponsor the athletes was an obvious step.

After all, these gamers are very much considered to be athletes. They do not all have rock solid abs, but it requires phenomenal levels of endurance, concentration, dexterity and fortitude to thrive in the fast-paced pro gaming world.

“Esports athletes share the same determination and competitive spirit as all athletes, as they spend their lives preparing for intense competition, working relentlessly to improve their reflexes, coordination, vision, mentality, and teamwork,” said Nike’s Eric Wei. “We are very excited to support LPL teams and players with ground-breaking esports game-day gear and training programs that will help unleash their full potential.”

LPL Emerges as a Commercial Pioneer

The LPL is the top LoL competition in China and one of four major competitions in the world, the others taking place in North America, Europe, and Korea. TJ Sports, a joint venture between LoL developer Riot Games and parent company Tencent, manages and operates the LPL. Its chief executive, Bobby Jin, said the Nike deal would allow teams and players a greater opportunity to shine on the world stage.

“Esports is a digital sport, and collaboration with Nike will push it to new heights,” he added. Jin believes it will allow the LoL scene to grow more professional and give its overall popularity a significant boost.

The three LPL representatives at the upcoming LoL World Championship – defending champion Invictus Gaming, FunPlus Phoenix and Royal Never Give Up – will wear their Nike kits at the event, which begins on October 2.

The World Championship is a huge event for fans, it is massive from a wagering perspective and it is a key battleground for sponsors. League of Legends betting has been popular for a while, and that helps increase viewer numbers at big tournaments.

LoL is currently the most popular esport in the world, and a record-breaking 205 million viewers tuned in to watch the 2018 World Championship Grand Final between Invictus and Fnatic. That saw it eclipse the Super Bowl, the tennis Grand Slams, the NBA Finals, and the golfing majors, so it is easy to see why Nike wants to be a part of it.

It is a leading sponsor of traditional sports, so making the leap to esports is a no-brainer. Competitive now boasts 454 million viewers across the globe, according to NewZoo, and that figure is tipped to rise to 645 million by 2022. These viewers are predominantly teenagers and young adults, and it is crucial for companies like Nike to appeal to this emerging generation of consumers.

Appealing to a Younger Audience

It has historically invested heavily in sports like baseball and golf, but the average age of people watching those sports is getting older with each passing year. Youngsters prefer to watch LoL, Dota 2, CS:GO, Overwatch, Fortnite and Rocket League. Many would rather watch two gamers play NBA 2K against one another than actually watch a big NBA game.

It is a brave new world, and companies like Nike need to be involved in it to preserve the future health of their businesses. Many major companies have invested in large deals to sponsor the esports sector, including MasterCard, Coca-Cola, Audi and McDonald’s. However, this is the first major sponsorship deal from a mainstream apparel producer, and it could have massive ramifications for the competitive gaming scene.

Firstly, it solidifies the impression that gamers are truly athletes. More importantly, it opens up a whole new commercial dimension for the world of esports. The four-year length of the deal shows how serious Nike is in its commitment to the LPL, and it is highly likely to sponsor other competitions in a similar way.

When do Will Rivals respond?

It will surely not be too long before its rivals strike back. Adidas, Puma and Under Armour will all want a piece of the action, and competition pushes prices up. Adidas has spent a fortune to sponsor the likes of Lionel Messi, Naomi Osaka, Derrick Rose, and David Beckham, while Under Armour pays $4 million per year to sponsor Steph Curry and Uniqlo paid Roger Federer $300 million to convince him to drop a decades-old Nike partnership and convince him to wear its sportswear for the next 10 years.

These sports brands will surely follow Nike’s lead, which would provide the pro gaming scene with an important cash injection. It should also boost shirt sales to fans, as designers at Nike and its rivals will make the jerseys more attractive. This will ensure that gamers are better compensated for their efforts and help the scene grow more professional than ever before, which in turn fuels further growth

LoL is currently the most popular esport, but the likes of Overwatch and Fortnite are gaining a great deal of traction. One day esports will eclipse traditional sports in the popularity stakes, and it is important for brands like Nike to have a presence while it is still in its nascent stages, so we should expect many more deals of this nature in the months ahead.