NFC, abbreviated form of Near Field Communications is a technology that powers devices to establish radio communication among them with the mere tapping, although the technology is not much employed in India, the technology companies are not shying from integrating as a differentiating feature in their upcoming models.

The latest to join the suit is ASUS; the Taiwanese IT multinational is making an entry again in the beleaguered desktop market marred with slumping sales. In an unprecedented move, we have learned, ASUS will equip its M70AD desktop with NFC technology. 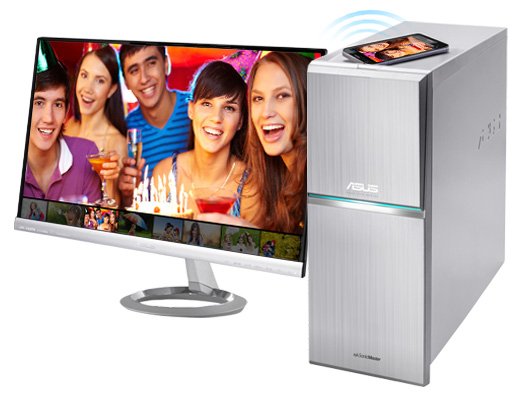 The list does not end here. You also get trial versions of office and antivirus suites. Apart from the above, the desktop will include hot-swappable Universal Storage Module (USM) drive bay that makes it easy to use high-capacity external SATA hard drives. This article will not be complete if we fail to mention about NFC exclusive software. The ASUS-exclusive NFC Express software as the program is named, automatically backs up photos and videos in Android mobile devices on the desktop.