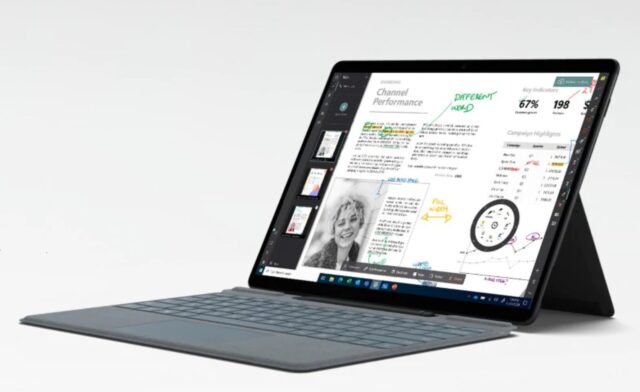 Microsoft today announced the launch of its new Surface Pro X convertible laptop in India. However, while pre-orders are currently being accepted, that applies to only commercial buyers at the moment. General buyers will have the chance to lay their hands on these starting October 13, 2020.

The new Surface Pro X is also Microsoft’s second attempt at an always-on PC and comes with several improvements over its predecessor. For one, the latest device comes with a custom SQ 2 processor designed in partnership with Qualcomm. Microsoft is calling it the fastest processor in its class and is coupled to 16 GB of memory. Storage on the base model amounts to 256 GB while there is also the option of 512 GB storage on the top-end model.

Another key improvement introduced to the Surface Pro X include enhanced app support to allow for optimum performance in all scenarios. For instance, apps such as Microsoft 365, Microsoft Edge, Whatsapp, Chrome along with scores of other traditional Windows apps have been optimized to provide for seamless working experience with zero lag.

The Redmond based company also stated they are working on the x64 emulation software that will make all existing x64 apps to run on an ARM environment with zero drop in performance. Visual Studio too has been updated to ensure it runs natively on the device, which is a boon for developers.

Among the other highlight of the new updated Surface Pro X is its platinum finish while the Signature Keyboard comes in exciting shades of Platinum, Ice Blue, and Poppy Red. Battery life is being touted to be around 15 hours for both configurations.

Coming to the price, the base Surface Pro X with 16 GB RAM and 256 GB storage will cost Rs. 1,49,999. The next higher model is the same but with 256 GB of storage and will set one back a cool Rs. 1,78,999. Both versions come powered by the SQ 2 chip and are hailed as the thinnest and most advanced convertible laptop with always-on LTE connectivity as in smartphone devices.