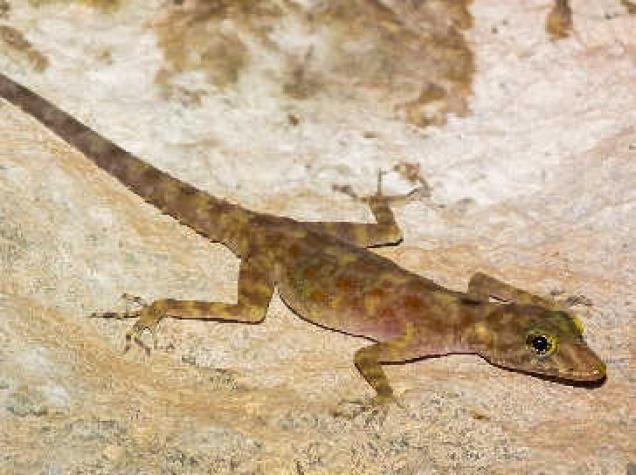 Hyderabad – There used to be lizards of myriad species in the days of yore. However, lately, in the globally recognized World Heritage place of Hampi located in Karnataka, an old species of lizard that thrives easily in warm climates have been found. This newly found species is day gecko and is dubbed as Cnemaspis adii; the naming part has been done by a Hyderabad-based researcher in herpetology, Aditya Srinivasulu.

This latest discovery of gecko has received accolades at several fronts. Moreover, in the journal called Zootaxa, the details of this discovery has been published by the researchers who have made this discovery – Bhargavi Srinivasulu, G. Chethan Kumar and Chemala Srinivasulu hailing from the Zoology department of the prestigious Osmania University located in Hyderabad.

The lizard species is that of day geckos, and its unique characteristic is its round pupils; regular geckos possess vertical pupils. Hampi is rich in potential biodiversity; not much of a research has been carried out in this realm previously to identify the newer species of a myriad of invertebrates and small vertebrates.

Earlier, other researchers who tried finding out day geckos, only caught hold of a few instances of their fossils in the southern-eastern ghats and the Western ghats located in peninsular India. Dr. Srinivasulu figured out that it’s the first time that any researcher has found trace of the species’ existence in the central region as well.

The trio researchers validated that study on biological diversity, comprehending the kind of habitats that suit species and the innate threats involved need understanding and well documentation. It was in 2012, that Dr. Srinivasulu traced day geckos while researching on bats species in Hampi.

Later he led his team of research scientists into finding the nitty-gritty and description of the species and finally inferred lately about the discovery.