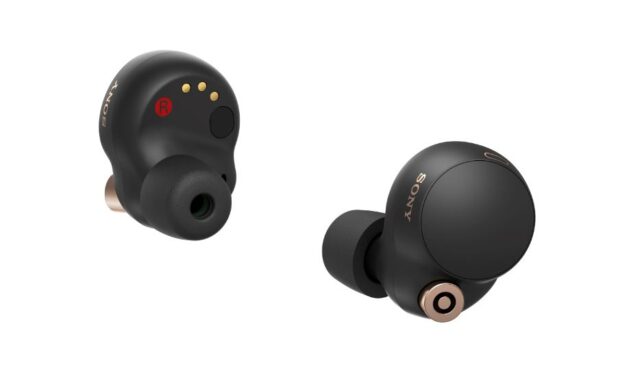 Sony India announced the launch of its new WF-1000XM4 truly wireless earbuds that form part of the company’s hallowed 1000X series of earbuds. Featuring 6 mm drivers, Sony said the new earbuds come with 20 percent increased magnet volume which allows for enhanced audio capabilities. Sony said the new WF-1000XM4 comes with the new Integrated Processor V1 that ensures Sony’s already much acclaimed QN1e chip is able to offer even superior levels of noise cancellation feature so that you only get to listen to what you really care about.

The new Sony WF-1000XM4 comes across as a premium offering and is priced suitably at Rs. 19,990. The TWS earbuds come in shades of Black and Silver and can be purchased from all leading online and offline stores in the country, including Sony’s own retail locations as well as its website. The earbuds go on sale in the country from January 16 onwards.

As already stated, the Sony WF-1000XM4 comes powered by the Integrated Processor V1 that the company claims to make Sony’s already critically acclaimed QN1e chip capable of even better levels of noise cancellation. Further aiding in the noise cancellation feature is the dual noise sensor microphones that the earbuds come with. Then there also are the noise isolation earbud tips that Sony claims will make a nice fit for almost all ear types.

Among the other highlights of the WF-1000XM4 which allows it to have excellent quality sound output is its support for high-resolution audio with LDAC codec processing along with Digital Sound Enhancement Engine (DSEE) Extreme. There is the 360 Reality Audio feature too all of which allows for a truly immersive audio capability. Plus, the earbuds also come equipped with the precise voice pickup technology which Sony said will allow for a hassle-free hands-free calling experience.

Mention must be made of the earbud’s Speak-to-Chat feature. It comes into effect automatically when you are on a call and will pause the music that you might have been listening to while also letting in ambient sound in a controlled manner. All of this ensures you are able to conduct a conversation effortlessly.

Then there also is the Quick Attention Mode which is a feature that will let you listen to something quickly, like an announcement or say something in between. The nice thing here is that the mode can be activated simply by placing a finger on the earbuds, which acts to decrease the volume right away while letting in the right amount of ambient noise to catch with the surroundings for a moment.

The earbuds also offer the instant play and pause feature, with the music stopping automatically the instant the earbuds are taken out of the ear. Another nice feature of the WF-1000XM4 is its Adaptive Sound Control which is a smart feature that tries to make out where the user is or what activity he or she is engaged in, like walking, traveling, or simply sitting at a place. Such input is then used to adjust the ambient sound setting so that you have the best listening experience at all times.

Among the other convenient features of the WF-1000XM4 is its IPX4 rating which makes it resistant to splashes of water or sweat. That makes it ideal for use during workouts or during outdoor adventures as well, like while hiking or rafting.