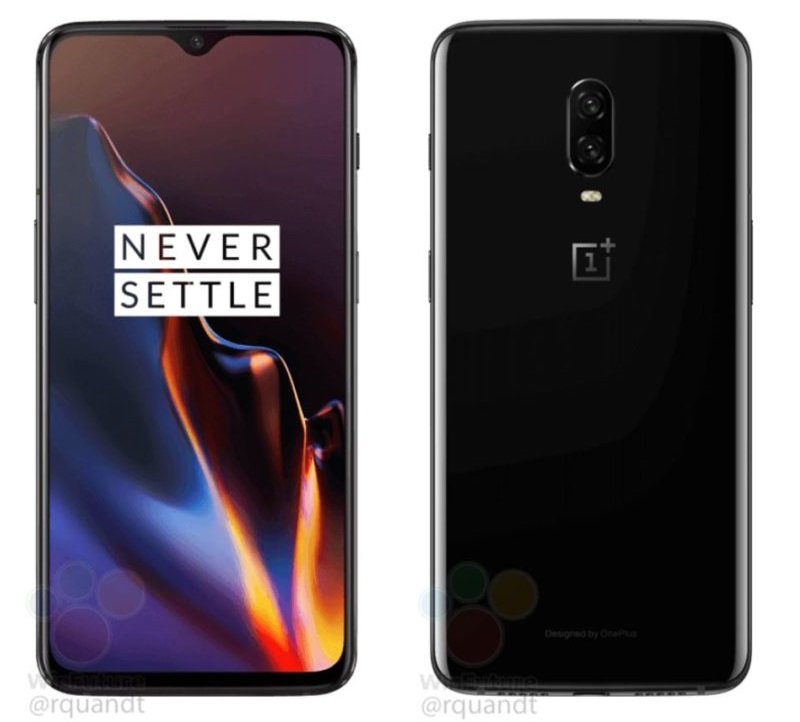 Rumours about the upcoming OnePlus 6T are flying thick and fast. Numerous leaks in the past have already given us a good idea about the handset’s design. Now, new renders of the handset are doing rounds on the web, showing off the handset from every possible angle.

Winfuture has posted two new renders of the OnePlus 6T sporting a glossy and matte black finish. The latest renders suggest that the back of the OnePlus 6T will look more or less like the current OnePlus 6. However, there is one noticeable change at the front.

Going by the leaked render, we can see a tiny notch on top which is much smaller compared to other smartphones sporting a notched display. The upcoming OnePlus 6T sports a teardrop design as the cutout for the notch is as tiny as the selfie camera. Though apart from the notch, the OnePlus 6T shares a similar design as the current gen model. It will have very thin bezels on the sides as well as a tiny chin.

Not to mention, the company has itself confirmed certain key features of its upcoming flagship. To begin with, the OnePlus 6T will not feature a 3.5mm jack. The company further added that ditching the headphone jack has allowed them to pack a larger battery on its upcoming flagship. Besides, another highlight of the handset will be the in-display fingerprint. No wonder leaked images do not show a traditional fingerprint sensor at the back. Elsewhere, the handset is said to run Android 9 Pie out-of-the-box.

Recently, OnePlus also shared a new teaser of the handset on Twitter. The video shows off an edge to edge display with a little chin right below the screen. Besides, the teaser further confirmed the presence of an in-display fingerprint scanner.

More details about the handset are likely to surface as we near its official launch. We’ll update you as soon as we hear anything new. Until then, keep checking back for more. Are you excited about the upcoming OnePlus 6T. Let us know in the comments below.