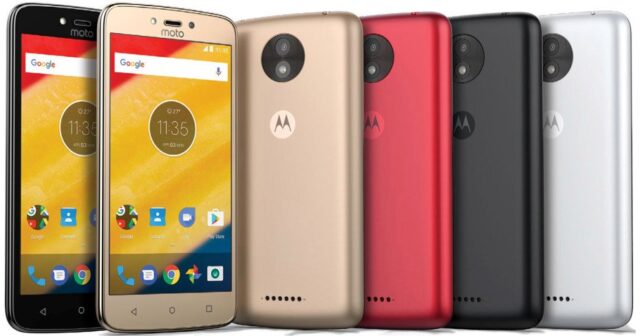 The Lenovo-owned Motorola brand seems keen to have a larger footprint in the affordable to budget mid-range segment  with plans to launch a new entry-level smartphone series named Moto C. Both devices in the Moto C range are said to be targetted at first time buyers.

However, the launch of the new Moto C range will not be at the expense of the already popular Moto E since the latter too is being refreshed. As has been revealed by a few leaks that have emerged of the new Moto E, the device might come with a removable rear shell which would allow users to swap batteries.

Then there is going to be a bigger sibling of the Moto E that would be named Moto E Plus. Of course, the ‘plus’ bit has to do with the size as the device looks slightly taller than the base Moto E. The Moto E Plus spec sheet has mentions of a 5.5-inch 720p HD display with a 1.3 GHz quad-core MediaTek MT6737M chip running the show from the other side of it.

The handset will come with 3 gigs of memory along with 16 gigs of storage, the latter being further expandable using microSD cards. It will have a front and rear camera setup of 5 megapixel and 13 megapixel respectively, besides a rather humongous 5000mAh power source.

The Moto E4 Plus of the type mentioned above is likely to be supplanted by a slightly less capable version that could be priced around 190 Euros.

As for the new Moto C range, the device too will have two versions following the same naming convention. The Moto C will be the smaller and cheaper and has recently been seen in the Bluetooth Special Interest Group listing as well. Identified by the codename XT1750, the listing also reveals the handset to support Bluetooth 4.2.

The rest of the Moto C specs include a 64-bit MediaTek MT6737m quad-core processor, 1 GB of RAM and 16 GB of storage. It will come with a rather underwhelming 480 x 854-pixel 5-inch display with a 2300mAh removable battery providing the power. The handset will also come with a 2 megapixel and 5-megapixel front and rear cams respectively.

Things get slightly better with the Moto Plus in that it comes with a 5-inch HD display along with the option of either 1 GB or 2 GB RAM. Native storage remains the same at 16 GB but is expandable via microSD cards. The Moto C Plus will also have better 8 megapixel rear cam along with a 4,000mAh battery as well.