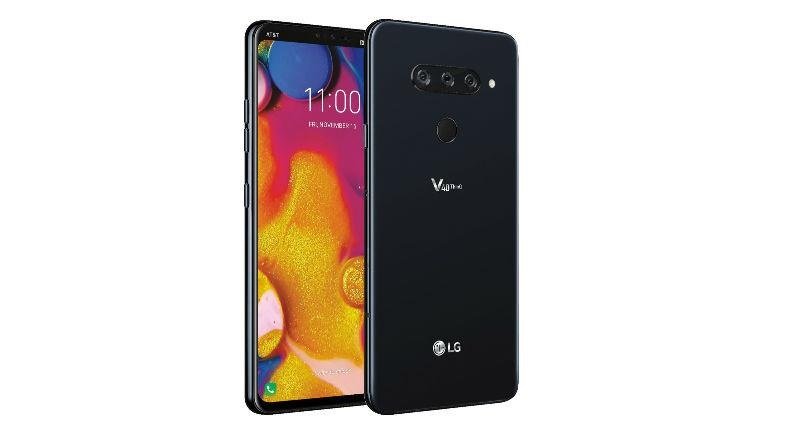 The LG V40 ThinQ is expected to go official at an event in New York on October 4. With just a few days left for the official unveiling, rumours about the handset are coming thick and fast. Besides, LG also posted a 10 second teaser of the handset earlier this month. The video showed off an image being captured from three separate lenses, indicating that the flagship might get a triple-camera setup at the back.

However, with less than a week to go before the official launch, an alleged render of the handset has been leaked again. That said, the latest render is contrary to a rumour that surfaced last week which pointed towards dual rear cameras on the handset’s back.

According to the latest leak, LG V40 might indeed feature a triple lens camera setup on the back. The leaked render was posted by credible tipster Evan Blass, dispelling an earlier rumour which indicated a dual camera setup on the upcoming flagship.

The image shared by Blass carries the branding of US-based carrier AT&T, showing off horizontally stacked triple rear cameras with the fingerprint sensor positioned just below the primary camera unit.

So far, LG hasn’t revealed any key details about its upcoming flagship. That said, there has been no shortage of leaks about the handset. Here’s everything we know so far about the upcoming LG V40 ThinQ

To begin with, the screen size seems to have increased substantially from 6-inch display seen on its predecessor to a massive 6.4-inch. The LG V40 ThinQ is expected to sport a 6.4-inch quadHD AMOLED display. The screen is expected to boast a resolution of 3120×1440 pixels and an aspect ratio of 19:5:9.

Under the hood, the smartphone will be powered by Qualcomm’s Snapdragon 845 processor. Leaks also suggest that the phone will do pretty well in the memory department. Apart from the base model which is expected to pack 6GB of RAM, a new leak has hinted that there will be a variant carrying 8GB of RAM.

Elsewhere, the handset is expected to run the latest version of Android 8.1 Oreo out of the box. That said, some rumours also suggest that the LG V40 ThinQ could ship with the new Android 9 Pie.

As far as battery goes, the device is expected to pack a 3300mAh battery.

In terms of design, the handset is expected to sport very slim bezels on the front and sides along with a notch that will house the two front snappers. The handset is also expected to come with dust and water resistance.

LG has already sent invites for an event in New York on October 4 where it will unveil the LG V40 ThinQ. The handset is expected to go on sale in the second half of October in select markets. That said, it’s not expected to arrive in the Indian market anytime soon, considering that LG is yet to release the V35 ThinQ in India.

More leaks about the LG V40 ThinQ are likely to surface as we near its official launch. We’ll update you as soon as we hear anything new. Until then, keep checking back for more.