The upcoming LG G6 flagship is expected to ditch the modular design of its predecessor for a more premium, compact look. And a new LG G6 image now leaks gives a better idea of what it may look like, which comes unofficial sources.

According to the leaked image, the LG G6 could sport a metallic frame with an almost bezel-free display. Besides, it also reveals a SIM card slot on the left edge, along with a front-facing shooter on to the left of the screen. Check out the leaked  image below. 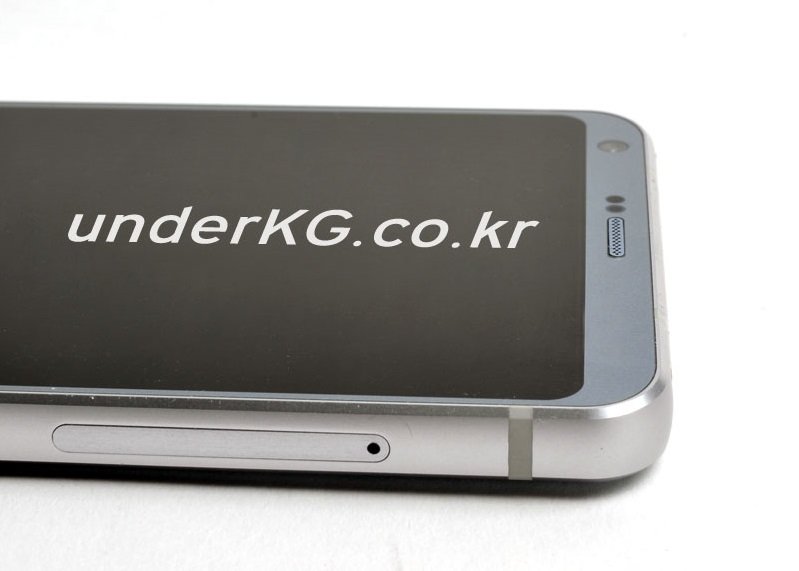 The next flagship from LG is expected to feature dust/water resistance capabilities and come with a removable battery.

Besides, the LG G6 not expected to run the latest Snapdragon 835 processor. Instead, it is said to feature the Snapdragon 821 chipset. But there’s no information on the amount of RAM. That said, last year’s LG G5 packed 4GB of RAM. Hence, we can expect something along those lines.

In terms of OS, the smartphone will run Android Nougat 7.0 out-of-the-box. Notably, it is also said to come with Google Assistant.

Other specs include a 5.7-inch Quad HD liquid crystal display (LCD) panel. Also, some reports indicate that the smartphone would come with an Iris scanner.

As far as cameras are concerned, the LG G6 is expected to retain the same dual-camera setup of its predecessor. The dual-rear camera sensors will be placed horizontally on the G6’s back.

We can expect more information about the LG G6 in the coming weeks, before its official unveiling on February 26th at MWC 2017. The device is expected to launch in Korea initially, with a global rollout expected soon after.

Meanwhile, LG recently launched a budget 4G-ready smartphone in the US dubbed as the LG Aristo.  The smartphone  was recently made available on Metro PCS and T-Mobile. Key specs on the smartphone include a 5-inch HD display,  a Snapdragon 425 processor bundled with 1.5GB of RAM. The smartphone ships with 16GB of built-in which is further expandable via microSD slot. Also the LG Aristo runs Android Nougat 7.0 right out-of the box.