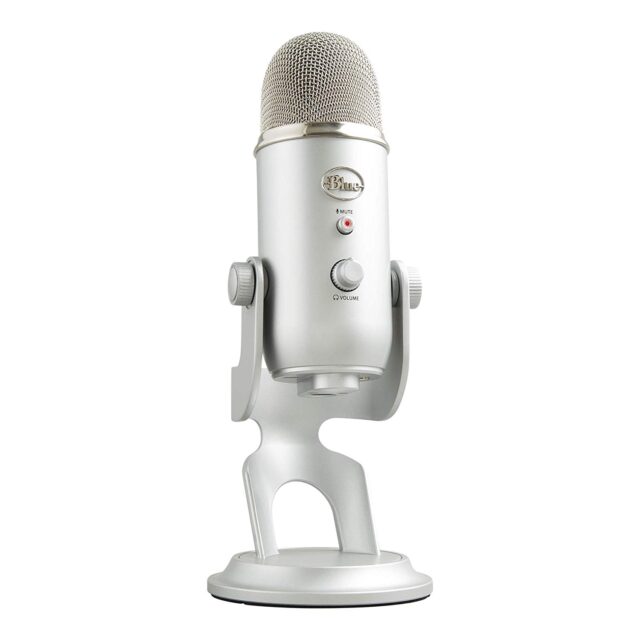 Featuring an advanced yet attractive design, the microphones come with a USB interface and can be connected to any suitable device. The microphone also offers studio quality sound recording ability and can be perfect for recording music as well as for podcasting or gaming.

Blue said the Yeti microphones pack in the company’s premium condenser capsules which ensures the highest quality sound recording ability. What’s more, the microphones are easy to use too as you just have to unbox the same and plug into your computing device, be it a Windows PC or a MAC. There is no need to install any drivers as well.

Blue said the Yeti microphones offer four pre-recording settings to record the most diverse sound types. For instance, there is the Cardioid setting which can record sound directly in front of the speaker and is hence best suited for recording podcasts, game streaming and such.

Then there is the Omnidirectional setting which can record sound from all around the mic, which makes it best for recording multi-person podcasts, vocal performance or a musical event. Similarly, Bi-directional setting will record sound from both the front and rear of the mic and is best for recording duet performances, interviews and so on. Lastly, there is the Stereo setting which records left and right audio separately.

These apart, Yeti also packs in a host of other features that are a testimony of the two decades of technological innovation and research that Blue has to its credit. These include ease in adjusting instant mute, microphone sensitivity and so on.

The Yeti microphones are currently available from Amazon.in in shades of Midnight Blue, Grey, Silver, Platinum and Whiteout.