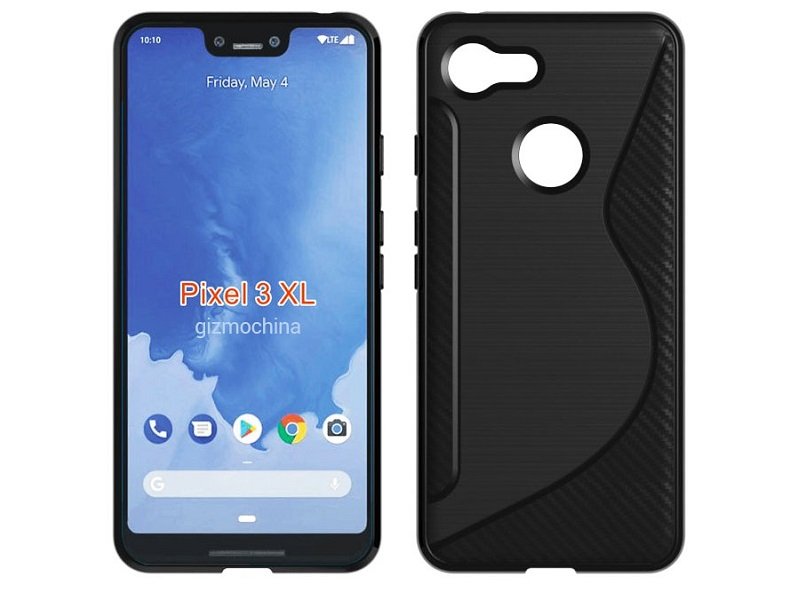 A purported case leak of the upcoming Google Pixel 3 XL is doing rounds on the web, seemingly giving us a closer look at the upcoming handset. The new case leak allegedly shows the design of the smartphone, and also clears the air about one key feature of the handset.

Going by the new case leak, it appears the Pixel 3 XL will most likely have an iPhone X like notch, which implies that the device will get an improved facial recognition system. In addition, it also indicates that the device could have two front facing cameras for taking selfies and making video calls. Apart from the iPhone X like notch on top of the screen, the Pixel 3 XL is also likely to feature a pretty big chin, which might house the device’s stereo speakers.

The new case leak also falls in line with information that surfaced lately, which indicated that dual cameras aren’t coming to Pixel 3 devices. Earlier reports indicated that both upcoming Pixel 3 devices would pack a single-lens camera unit, just like the Pixel 2 series. Google managed to outclass the competition last year even with the single-lens camera system with top-notch hardware and software optimisations.

Google even claimed that its Pixel 2 handsets don’t need a second camera on the rear thanks to the company’s excellent AI technology. And it lived up to the claim as Pixel 2’s camera managed outperformed many of its high-end competitors equipped with dual rear cameras. If Google sticks to the same plan again, we should look forward to some significant improvements across the board yet again with the upcoming Pixel 3 range.

However, as is usually the case with leaks, readers are advised to take this information with a pinch of salt. More details about the upcoming Google Pixel 3 series should surface as we get closer to their rumoured launch in October. We’ll update you as soon as we hear anything new. Until then, keep checking back for more.