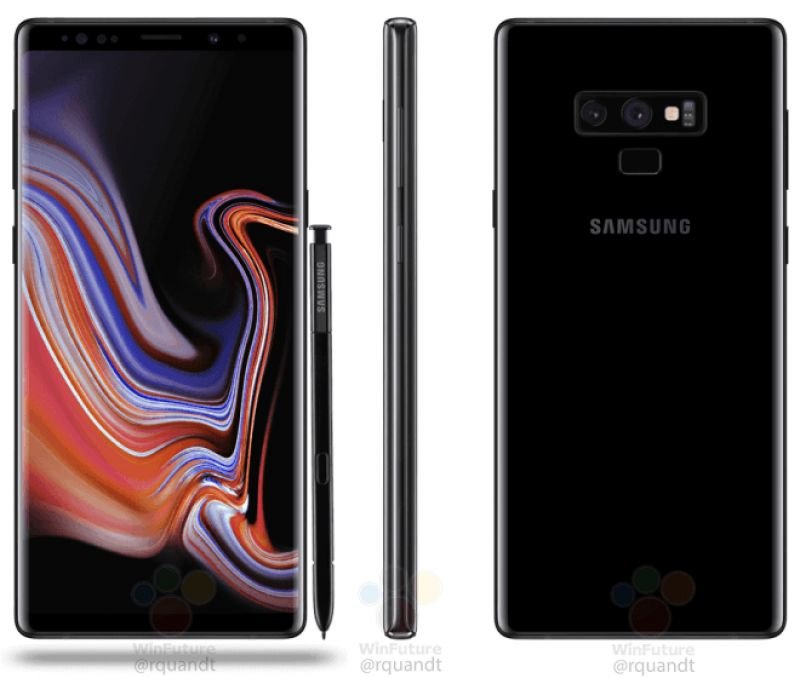 Samsung is all set to unveil the Galaxy Note 9 at an event in New York on August 8. Though, it appears the Korean manufacturer is having a hard time keeping things under the wraps before its official launch date. A new leak has now revealed pretty much everything about the hotly anticipated device. While there have been numerous leaks about the Galaxy Note 9, the latest information appears to be the biggest Galaxy Note 9 leak so far, which happens to be just a day before its official launch date.

As far as specs go, the Galaxy Note 9 will boast a 6.4-inch AMOLED display having a 2K resolution. One of the key highlights of the Note 9 will be the revamped S Pen, which for the first time will come equipped with Bluetooth. The leaked official renders indicate that the S Pen will allow users to take photos, control presentations, and use other apps without having to tap on the display. The revamped S Pen will also support upto 4096 pressure points.

Elsewhere, the leak indicates that the Galaxy Note 9 will get powered by Samsung’s in-house Exynos 9810 chipset bundled with either 6GB or 8GB of RAM. The device will boast 12MP+12MP dual rear cameras. One of these sensors is equipped with 2x optical zoom, while the other one being a wide angle sensor. Samsung has also added AI capabilities to improve the quality of photos.

Besides, the leak also confirms that users will be able to access DeX mode without the DeX dock. The feature allows users to transform the Note 9 into a PC-like device with just a single cable. Finally, the leak suggests that the Galaxy Note 9 will be fuelled by a chunky 4000mAh battery with support for fast wired as well as wireless charging.

While the leak certainly comes from a credible source, we’d still advise readers to take this information with a pinch of salt as nothing if official at the moment. Samsung will officially unveil the Galaxy Note 9 at an event in New York on August 8, where we’ll know everything about the flagship phablet.