New York – Facebook has launched a new Android dialer app ‘Hello’. The app is meant for Android phones only. The new app will come with a caller ID enabling the user to trace the caller and block unwanted calls.

Dubbed as the seventh creation of the Facebook Creative Labs, ‘Hello’ is a stand-alone app. Its development is a part of the company’s aim to come up with creative and innovative applications outside the realms of Facebook. At present, this app is only available in Nigeria, Brazil and U.S. Facebook had earlier developed creative apps such as video sharing app Riff and the new-reading app but it did not receive much success.

One of the highlighting features of this new app is that it matches the phone numbers of outgoing and incoming calls to the profiles on your Facebook. Thus, it displays to you information about the person on the other side of the call. According to CNET.com, the app has the facility to block numbers and searches the calls made for businesses.

You can download the ‘Hello’ app from Google Play. The main motive behind coming up with a calling app connected to the Facebook is to provide more information about the caller to the people. Every time the call is made or received, the information about the caller will pop up. Therefore, even if that particular caller is not on your Facebook you will still be able to identify him.

Hello is expected to take the free calling medium to higher levels by modernizing the way people call over Wi-Fi. Citizens of the country where it is available now can download it free from Google Play and replace the native Android dialer. 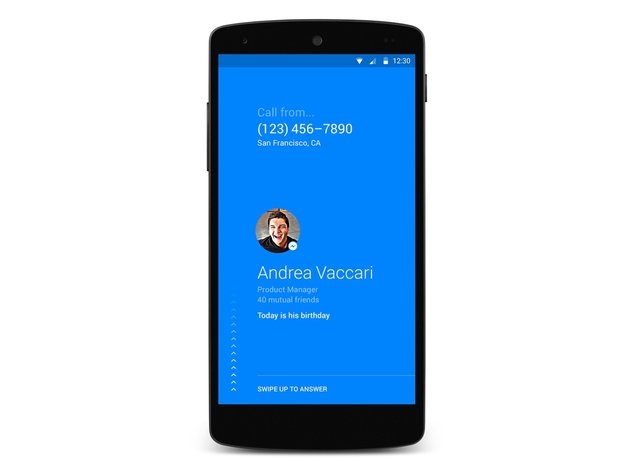 According to The Verge, ‘Hello’s is a Facebook-centric version that is sure to capture the attention of the people who spend most of their time on cell phones.

The product manager of Facebook, Andrea Vaccari has said that Facebook does not intend to earn direct revenue through this app.