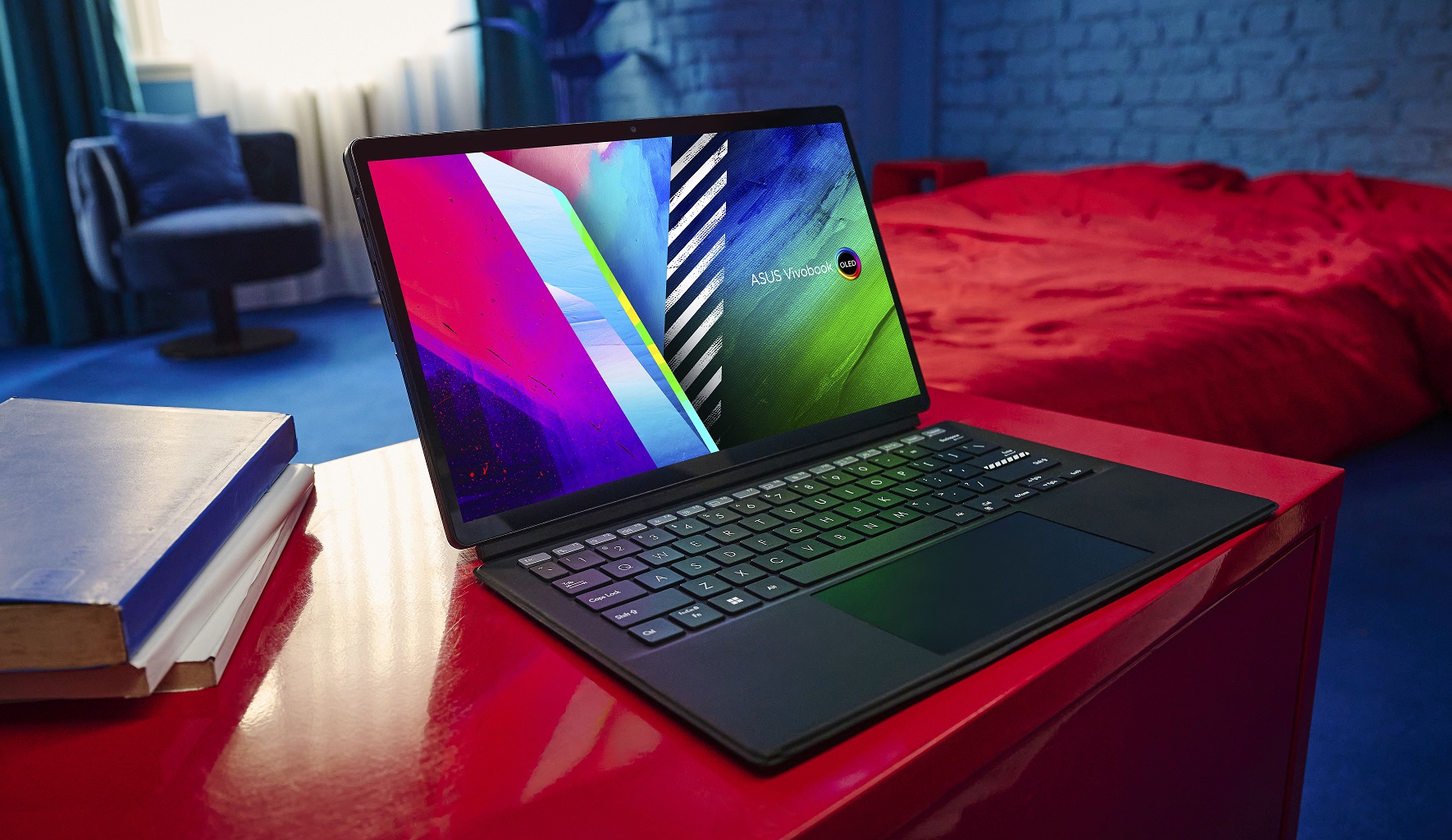 The Asus Vivobook 13 Slate 2-in-1 has been officially announced. The company is claiming the new Vivobook 13 Slate 2-in-1 comes with a detachable keyboard so that the display unit can function independently as a tablet or even a smart TV as well. Powering the device is the Intel Pentium Silver N6000 processor that is coupled to 8 GB of memory and 256 GB of storage on the top model. The device comes with a 50 Whr battery and features a 13 MP and 5 MP camera on the rear and front respectively. The device also comes with TUV Rheinland eye certification as well.

The new Asus Vivobook 13 Slate 2-in-1 will come in three versions which include two Artist Editions that have been designed with active inputs from noted designers Steven Harrington and Philip Colbert. This, Asus said makes the tablet to be a true depiction of modern pop culture and should appeal to the millennials. Specific launch details are yet to be announced but the Artist Editions are expected to reach the showroom by early 2022.

Coming to the price, it is expected to start at $599, which includes the keyboard cover, the kickstand as well as the new Asus Pen 2.0 stylus.

Upfront, the Vivobook 13 Slate features a 13.3-inch full-HD+ display having a resolution of 1,920 x 1,080 pixels. Asus also said the touchscreen display with OLED Dolby Vision has been validated by Pantone. Other salient features of the display include a 16:9 aspect ratio, 100 percent DCI-P3 colour gamut, and 550 nits of peak brightness. The display also comes with a TUV Rheinland eye certification that makes it safe for the eyes. Asus is also claiming an ultra-fast response time to the tune of just 0.2 secs.

Under the hood, it is the Intel Pentium Silver N6000 that powers the device together with Intel UHD graphics. There is 8 GB of RAM on the top model along with 256 GB of native storage. Power comes from a 50Whr battery that gets its juice via a 65W AC adapter. Asus said the battery can acquire 60 percent charge in just 39 mins via USB Type-C port. The device otherwise comes with two USB Type-C ports along with a microSD card reader and a 3.5 mm headphone jack as well.

A tablet is also provided with a 13 MP rear camera along with a 5 MP front sensor for video chats or the occasional selfie shots. The tablet is also accompanied by the new Asus Pen 2.0 which includes four interchangeable pin tips. The Pen can be stored inside the magnetic slot the device provides for. The tablet runs Windows 11 Home Edition.

Other features of the Asus Vivobook 13 Slate include a quad-speaker arrangement with Dolby Atmos support as well as a smart amplifier to allow for crystal clear audio output. Plus, there is AI Noise Cancelling Audio as well that ensures enhanced call quality. There is a fingerprint sensor too that sits beneath the power button.