Net Neutrality is a heated topic in India as of now. Every news channel, website, and media house is talking about it. The debate has bought large corporations like Facebook, Flipkart, and Airtel into the limelight for all the wrong reasons. Airtel has been under a lot of hatred on social media for their stand on ‘Airtel Zero’ Internet plan. Facebook’s initiative of Internet.org has also come under scrutiny wherein the service is being provided free of cost to Reliance subscribers in certain telecom circles.

Net Neutrality as a concept originates from the premise that the Internet Service Provider treats all traffic as equal. All users should have equal access to all the resources on internet. Users can access all services without any choking by an ISP or App service provider.

To know more The Vocalists for Net Neutrality don’t want Telecom service providers to provide free access of limited websites such as WhatsApp, Facebook, Wikipedia or Flipkart. They argue that the Internet as a whole is democratic and the ISPs should not provide certain apps at Zero or hidden costs (Charges to be drawn to the Apps developers). 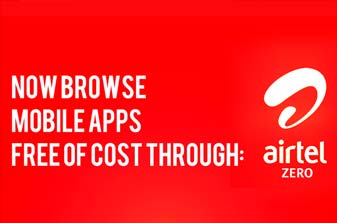 Other major social media company Facebook has also come under criticism for promoting Internet.org. Internet.org is an initiative of Facebook to provide free internet access to users from developing countries in the world. Facebook CEO Mark Zuckerberg has posted a long explanation defending his initiative. Mark goes on explaining that with this initiative Facebook has provided restricted access to 800 million people.

Our Stand on this issue

Airtel Zero platform will have hidden costs in the services as the App developers will pay for their services and eventually would charge it back to their consumers. Facebook would gain from Internet.org from more users automatically added to their platform and hooking them to Facebook to earn more Ad dollars.

Facebook has created Internet for poor from their Internet.org. One cannot expect Facebook to provide access to competing Google+ or Twitter on Internet.org. Internet.org lacks and fails on the Net Neutrality concept fair and flat.

The moves from these organizations have resulted in Public at large to come together in support of Net Neutrality. There have been brickbats on Facebook, Twitter and all sorts of Social and mainstream media. Citizens have launched www.savetheinternet.in to support an online petition to be sent to Indian Government Regulators in support of free access to all over internet. Famed comedy group AIB has also launched a video in support of Net Neutrality on their YouTube page.